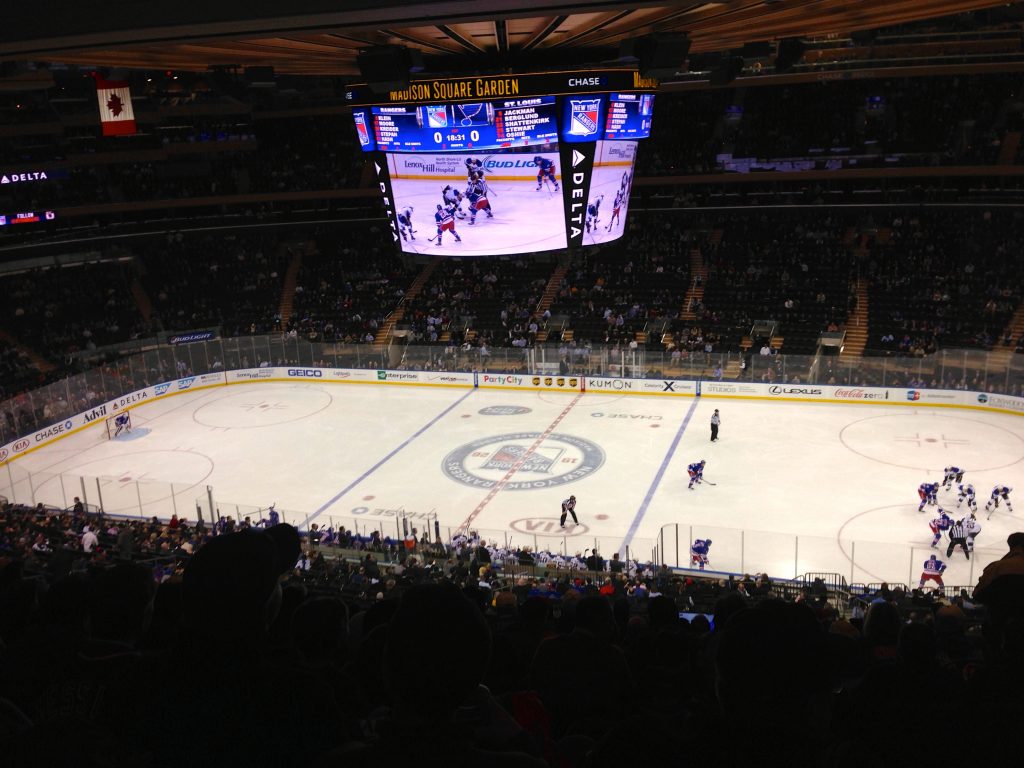 This Week In Hockey: Almost There

On Saturday, April 11th, each team in hockey will play its final game of the season. At this point in the season, I’m reminded in part why I love this sport so much: every year, there are always competitions that will come down to the last day. The Western Conference trophy is still up for grabs, the East has a tie between the 8th place Bruins and 9th place Senators, and the actual seeding of teams can’t really be determined until the pucks have settled and the players take their skates off on Saturday. Let’s see where we stand going into the last few days of the regular season.

The East, Top and Bottom

The reigning Eastern Conference Champions, the New York Rangers, have clinched the Presidents’ trophy. By snapping the 9-game win streak of the red hot Blue Jackets in a 4-3 OT win, followed by a win at New Jersey, the Rangers are 4 points up with only 2 games left. The Rangers have notched several impressive wins, including away games in Winnipeg and Minnesota over the past week.

This bodes poorly for Ottawa, which is fighting for its playoff life. The Senators, with 95 points, are in 9th place. They lose the head-to-head tiebreaker with Boston, which is in 8th place, also with 95. Ottawa’s troubles come primarily because of their schedule: two away games, one against the Rangers, one against the Flyers. Comparatively, the Bruins have three games left (although they are also all away games).

The best hope for the Senators lies not in overtaking the Bruins but in outstripping the Penguins, who are slipping and sliding in the standings like… well, like Penguins. Losers of 4 straight, the Pens have slipped to a narrowly held 7th place with 96 points. I expect them to lose at home versus the much stronger Islanders. The Penguins control their own destiny. If they lose at Buffalo in their final game, they don’t deserve to make the playoffs. I don’t believe that they’re that bad however, so my prediction is that Ottawa miss the playoffs by a point right at the end.

The Fight in the West: Who Takes the Top Prize?

With two games left each, it looks like the Anaheim Ducks will take the top prize in the Western Conference, but not because they earned this. The story of this year is that of the Nashville Predators throwing away lead after lead in the West. As it stands, Anaheim leads with 107, having won 4 of 5; St. Louis is in second with 105, having won 3 of 4; and Nashville is in third with 104, having lost their last four. For any folks from Nashville (holla), this represents a return to Nashville’s previously depressing trend of getting our hopes up just in time to beat them into mulch.

Below Anaheim, however, the Pacific division remains as sad as it has been all year. If playoffs started today, 3rd place Calgary (95 points) would have better seeding than either the 4th or 5th place in the Central as mandated by the playoff format, despite having fewer points than Minnesota (98 points) or Winnipeg (96 points) respectively. Put another way, if the playoff rules were reformatted to favor points over division placement, then 3rd place Calgary would be the 8th seed in the West.
This trend is continued further in the Pacific, as 4th place Los Angeles attempts to get a playoff spot. To do so, they’ll have to edge out Calgary. Interestingly enough, the two teams play each other Thursday night, but Los Angeles will not only have to win against the Flames but also against San Jose on Saturday and have Calgary lose at Winnipeg. One of the Calgary losses may be in OT for LA to qualify, but not both.

If all continues as expected, these are our predicted matchups: