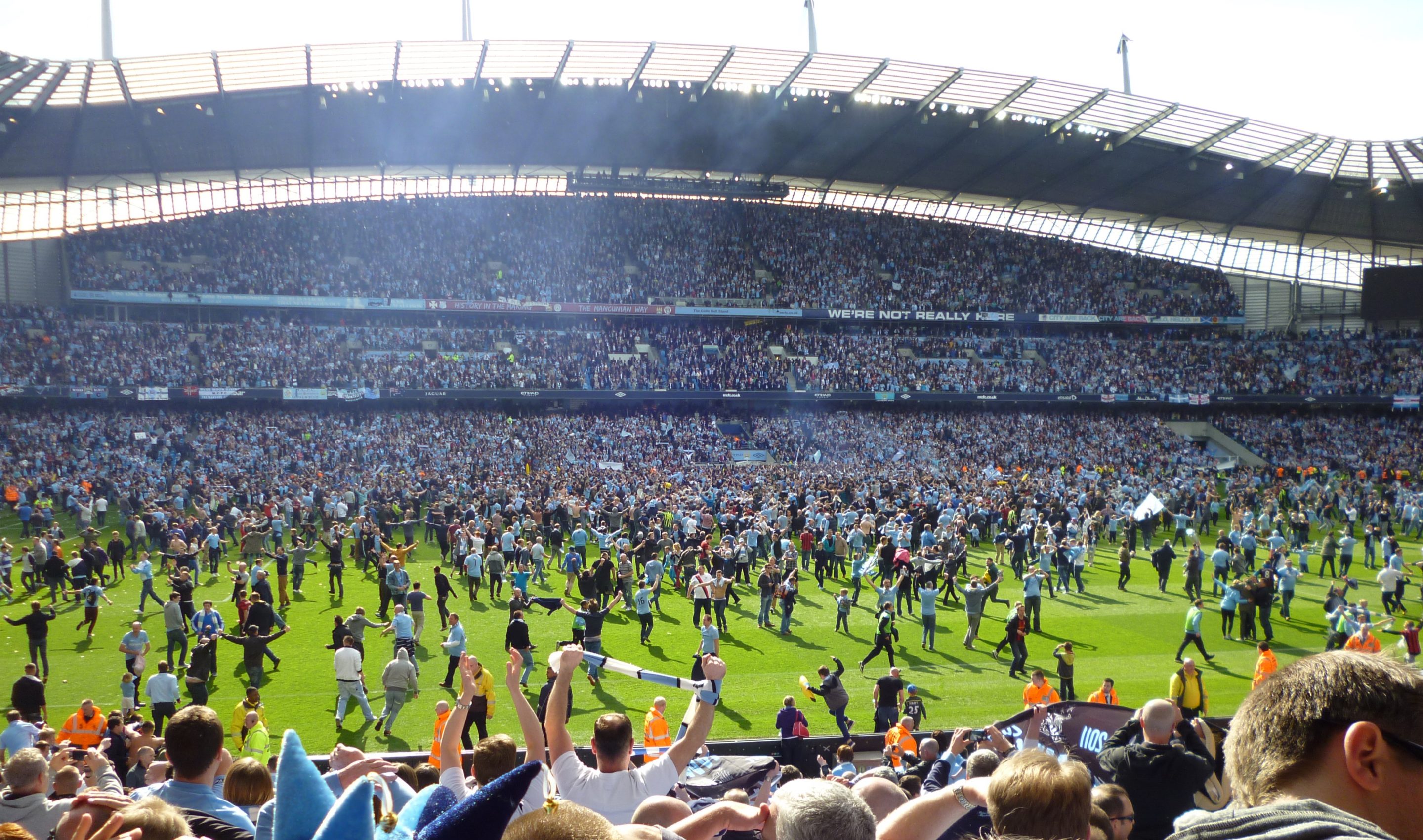 Yet another exciting weekend of results in the League. With just seven matchdays left, let’s take a look at this past weekend’s action.

There were some huge results in the relegation battle this weekend. Let’s start off with QPR, who dismantled West Brom at the Hawthorns, putting four goals past the Baggies and giving them a critical win. Leicester City managed to keep themselves from falling deeper into the zone with a gritty 2-1 win against West Ham. Sunderland were victorious in the Tyne-Wear derby, Burnley grinded out a draw against Tottenham, Hull City fell to Swansea and Aston Villa were comfortably beaten at Old Trafford. And although its technically part of matchday 32, Villa and QPR played out a thrilling 3-3 draw on Tuesday to make the situation even more confusing.

Where do we stand now? Leicester remain at the bottom with 22 points. QPR and Burnley are tied at 26; however, QPR maintains a slightly better goal difference. Hull have 28 points and Sunderland and Villa remain dangerously close to the drop zone with 29 points. In essence, there are six teams that could face relegation. It’s unlikely, but West Brom, who have 33 points, could potentially become involved if they continue to drop points. QPR made a statement against West Brom on Saturday, showing that they were determined to stay alive. They had hoped to follow up their win with another against Villa on Tuesday, but Christian Benteke’s hat-trick tied up the game with just a few minutes left and essentially made the result inconclusive. A win for either side on Tuesday would have had huge ramifications, but instead it just added more uncertainty.

It’s been a tough couple of weeks for the red side of Liverpool. A loss at home to storied rivals Manchester United was followed up by a 4-1 demolition at the Emirates Stadium against Arsenal. After going on a 13-game unbeaten streak, where they dropped just six points, they have now conceded six goals in their last two games. A win against United would have put them in the top four; now, Liverpool see themselves seven points outside of fourth place. While I will stop short of saying that their demolition at Emirates has completely ended their hopes of playing Champions League football next year, unless there are several big slip-ups by Arsenal, Manchester United and/or Manchester City, it looks like Liverpool will have to settle for fifth, sixth or even seventh place. The Reds’ schedule is fairly easy, with a match against Chelsea being the only significantly difficult fixture ahead, but Liverpool fans will have to say a lot of prayers to get back into the top four. If the Reds drop any points until the end of the season, then they will definitely be out of the top four race.

City’s fixture against Crystal Palace was about as close as you could get to a “trap game” in the Premier League (OK, you may find the analogy isn’t perfect, but I think it’s pretty close). On the one hand, you have Manchester City, one of the League’s dominant teams, which had some below average form but still maintained a half-decent shot of defending their title. The game was on Monday, which they knew that winning was essential to keep pace with the other three teams in the top four who had all won over the weekend. On the other hand, you had Crystal Palace, a relatively below average team on paper that was mired in the nothingness that is mid-table for most of the season. However, look beyond the surface, and Palace has improved markedly since Alan Pardew took over after New Years. Players like Yannick Bolasie and Wilfried Zaha have been quietly causing problems for Premier League defenses, but maybe because of Crystal Palace’s less than stellar history in the Premier League, people haven’t really given them the benefit of the doubt. On Monday, Crystal Palace managed to prove at least a few doubters wrong, shocking City with a 2-1 victory in London. While City had nearly three-quarters of possession and over 20 shots, they couldn’t find the back of the net. Palace defended well, absorbing City’s pressure and limiting them to just four shots on target. At the other end, when Palace managed to get the ball, they punished City for their inability to score, with new Palace hero Glenn Murray finding the net when City failed to reset after a Palace corner (and due to an missed offsides call). Jason Puncheon then netted an absolutely beautiful free kick, and Palace then proceeded to sit back and take everything that City threw at them. Yaya Toure managed to bang one in from range, but it wasn’t enough. City now found themselves in fourth place, two points behind Arsenal and one point behind Manchester United. With the margins still close and big fixtures still left to play, including the Manchester derby this Sunday, things at the top of the table are far from over. However, City did essentially end any hope of defending their title, as they now sit nine points off of Chelsea. City’s form is also troubling, as they have now lost three of their last five. If City lose to United on Sunday, things could get even worse for them.

If you watched any of the action over the weekend, you may have noticed that there were a lot of really good goals. This was one of those weekend’s when it seemed that every game had a nominee for goal of the week. Rather than spending time on match analysis, I just want to point out to you all of the unbelievable goals that were scored this weekend. First, let’s start off with Esteban Cambiasso’s beautiful half-volley against West Ham that helped Leicester to a critical win in their bid for survival. Bafetimbi Gomis continued to show that he can be the man to replace Wilfried Bony for Swansea with an awesome overhead kick. And if you don’t believe that the goals could get much better than those, check out Bobby Zamora’s incredible edge-of-the-box chip at the Hawthorns. Alexis Sanchez returned to the scoresheet in Arsenal’s drubbing of Liverpool by setting himself up for a sensational strike from outside the box. In United’s home game against Villa, Rooney latched on to an Angel di Maria cross before bringing it down, turning and rifling in a shot into the top corner with practically no space around him. On Sunday, only one goal was scored, and Jermain Defoe bagged it against Newcastle in the Tyne-Wear derby. Boy, was it a beauty. Monday’s action produced one of the best free kicks of the season, with Jason Puncheon’s shot bending just over the wall before bouncing into the bottom left corner completely out of Joe Hart’s reach.

You might’ve guessed that I was saving the best for last. I don’t want to describe it and ruin it for you, so instead I will just direct you to the video (if you haven’t seen it already). Dude. Seriously. Charlie Adam? 65 yards? Come on. Not even old Golden Balls did it from that far out. Good for you, Charlie. But does this make up for all of the other truly awful, terrible, horrendous and despicable things you’ve done on the pitch? Not quite. But it was still awesome.