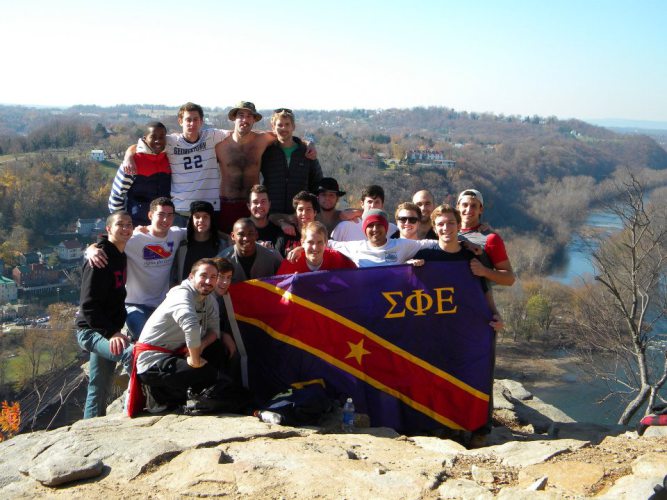 As a 225-year old Jesuit institution, Georgetown has had a lukewarm relationship with Greek life. The university has long maintained its stance that Greek organizations are incompatible with the University’s Catholic ideals since the 1950s. At the same time, sororities and fraternities have increased their presence on campus in recent years. Under the current policy of the Division of Student Affairs, none of the Greek organizations receive funding from the Student Activities Commission, or any other form of funding from the university (with one exception).

The social fraternities at Georgetown include Sigma Phi Epsilon, Sigma Alpha Epsilon, Alpha Epsilon Pi, and Zeta Psi and the two social sororities Kappa Kappa Gamma and Kappa Alpha Theta have just started in the past two years. These organizations organize annual formals, fundraisers, and weekend mixers with each other.

The fraternities and sororities at Georgetown are not nearly as demanding nor hazing-intensive as they are at other universities. Perspective Greek students at Georgetown say that the pledging process, which lasts from five to ten weeks according to the organization, requires a big time commitment, not a lack of principles. Most frats and sororities recruit both in the fall and the spring semester. One obstacle that all Greek organizations (except Delta Phi Epsilon) face is that they do not have University-owned houses that are passed down each year.

In addition to social fraternities and sororities, there are co-ed professional fraternities, such as Alpha Kappa Psi and Delta Phi Epsilon, of which the Alpha chapter was conceived at Georgetown. These business and foreign service frats have regular meetings, extensive career networks, and other career-related events every year. Alpha Phi Omega, the co-ed community service fraternity is the only recognized Greek organization at Georgetown and is supported by the Center for Social Justice at the university. The historically black fraternities and sororities include Alpha Phi Alpha, Omega Psi Phi and Kappa Alpha Psi.

While such a number of Greek organizations do exist on campus, you don’t need to join a sorority and fraternity to have a memorable Georgetown experience. Most popular non-Greek student organizations, such as the Corp and GUASFCU, offer an equally regular social calendar, allowing students to make friends and network. Most other student clubs on campus require an application process or interviews to become a member.

At Georgetown, you will find your niche whether you decide to wear Greek letters on your back or join the student orchestra you’ve always wanted to try out for. Heck, go crazy and shoot for the MUG caps!

Disclaimer: The author, who is a Voice staffer, is a member of the Delta Phi Epsilon sorority. The views in this post are her own and do not represent those of the Voice. 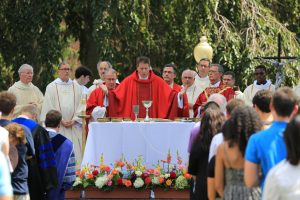 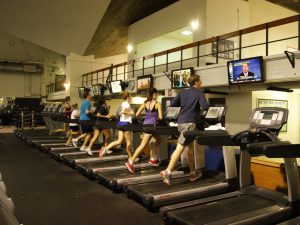