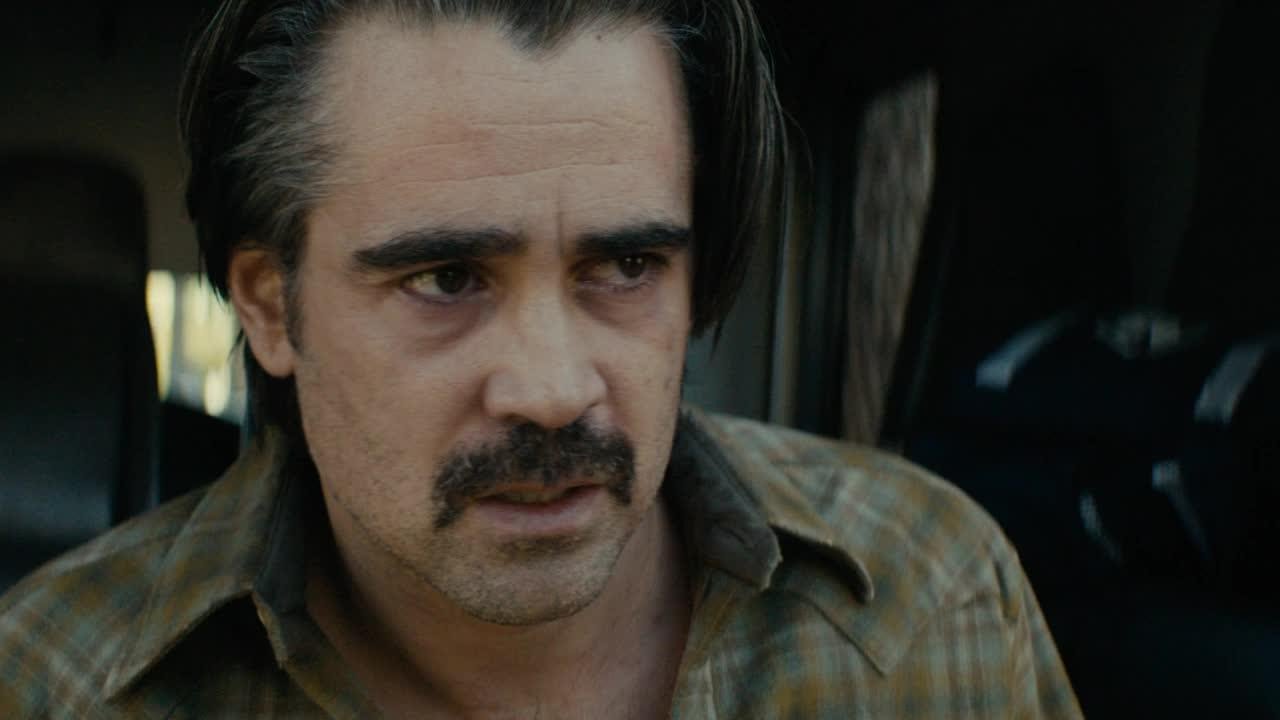 Warning: Spoilers for Season 2 of True Detective ahead

Season 2 of True Detective was already at a disadvantage by the end of the first season. It was so good that there was no way a second season could top it. The first season took HBO by storm, gathering both a huge audience and glowing critical reviews. The show became so popular that the first season finale crashed HBO Go when it was released, a feat thought only accomplishable by Game of Thrones. When the second season was announced, fans were cautiously excited. Could creator and writer Nic Pizzolatto possibly come up with a story as compelling and characters as memorable? A star-studded cast and a plot that promised to involve more conspiracies and twists had fans and critics drooling.

While season 2 was chock-full of subplots, murders, and tortured characters, it lacked Season 1’s elegant simplicity and style. For starters, the show’s number of lead characters doubled from two to four between seasons. Credit has to be given to Pizzolatto for trying to expand the show and refusing to retread what made Season 1 so memorable. His attempt to bring the viewer something new was well-intentioned, but the season soon collapsed under its own weight.

Colin Farrell’s Ray Velcoro was arguably the season’s best character. Farrell expertly showed the effects of Velcoro’s tortured past on his ever-worsening present–his past relationship with his family weighs on the character throughout the season. The subplot involving his divorce and the fight for custody of his son was effectively conveyed through Farrell’s performance, and was brought to a satisfying conclusion. In the end, Velcoro’s love for his son is what causes his flight into the mountains and his eventual death. Perhaps it was the character’s simplicity that made him the most relatable: it was easy to understand Velcoro’s motivations (trying to find the man who raped his wife), and his relationship with his son was well-written and well-acted (the final shot of the audio file failing to upload was heartbreaking).

Vince Vaughn’s Frank Semyon met a fate as terrible as Velcoro’s, but his character did not garner the same empathy from the audience. The casting of Vaughn was a bold move: Vaughn is known mostly for his comedic turns in movies like Wedding Crashers, and fans were understandably apprehensive when his role in the far more serious True Detective was announced. Fortunately, Vaughn knocks it out of the park in Season 2. Unfortunately, the writing of Vaughn’s character does not. Frank’s storyline gets roped into the central murder mystery, and becomes so convoluted and complicated that it was nearly impossible to follow. There were simply too many subplots in the air for Vaughn to handle: Frank’s relationship with (the woefully underused) Kelly Reilly, the Mexicans running girls through his clubs, his relationship with the murdered Caspere, his relationship with Osip, etc. Vaughn’s valiant efforts are undermined by tangled storylines and Pizzolatto’s insistence on giving Frank as many monologues as possible, to the point where they become tiresome (and none give the viewer lines anywhere near as memorable as McConaughey’s “time is a flat circle” ramble). By the time Frank’s death comes around, the viewer feels sorry for the character, but can’t help wondering exactly what happened to bring the story to that point.

One of the few criticisms of Season 1 was its portrayal of female characters. Pizzolatto did his best to remedy this flaw by creating Rachael McAdams’ character, Bezzerides. McAdams portrayed Bezzerides as a hard-nosed, take-no-prisoners type of cop who gets roped into the murder investigation that forms the centerpiece for the season. McAdams does more than a serviceable job, as her performance was highlighted by her entrance into the orgy in Episode 6 and the resulting trauma from that experience. Bezzerides’ character is Pizzolatto’s writing at some of its finest, as her tortured past is slowly revealed throughout the season. The only issue is her rushed romance with Velcoro: By the end of the season, it felt unearned, tacked on only to give the characters an emotional arc to resolve.

Finally, Taylor Kitsch’s Woodrugh got the short end of the stick, as his character was killed off suddenly and disappointingly at the end of the penultimate episode. Kitsch does his best with what he is given, but Woodrugh’s character is derailed by a number of pointless subplots, such as his military past, the incriminating photos, and his toxic relationship with both his mother and his girlfriend. All of these are swept away with his death, and his character feels like wasted space by the time the finale rolls around. It was time, and writing, that could have been better spent developing another character further or trying to work out the rest of the convoluted story.

The season, as a whole, can’t help but feel as if it was overstuffed with everything. Trying to decipher the story was incredibly difficult to do, and the number of characters became overwhelming. Season 1’s simplicity allowed for symbolism to flourish, and the small allusions (the Yellow King, anyone?) in the background were what drove the fan frenzy over the show. The viewer spends so much time during Season 2 trying to decipher exactly what is happening that there’s no time to look for smaller details that Pizzolatto tried to fit in.

Another area where the season falters is in its direction. The first season benefitted from sublime directing at the hands of Cary Fukunaga, who directed all eight episodes. The second season went through a litany of directors, none of whom differentiated themselves in any way. That insane tracking shot? Nothing in the second season even comes close. A shootout at the end of the fourth episode is intensely filmed and edited, but its ramifications to the plot are never fully felt, and it just ends up feeling a little too generic. Fukunaga was also a master of silence: The long car rides in the first season are brilliantly constructed to demonstrate the tension between Matthew McConaughey and Woody Harrelson’s characters, as Fukunaga’s direction allowed for silences to build the tension. His directing also made a lot of Pizzolatto’s terrible speechifying of the dialogue bearable. The directing of the second season cannot elevate scripts that really struggle at times to give the characters decent-sounding dialogue. There are no great visuals to distract from the dialogue. Yes, the establishing shots of the tangled freeways of California make for an interesting visual metaphor for the intersecting nature of the story, but the they tirequickly. There were some genuinely cringe-worthy moments, highlighted by Vince Vaughn’s confusing adage, “Never do anything out of hunger. Not even eating.” Pizzolatto has proven himself to be an excellent writer when it comes to ideas, but his execution fell flat too often.

While True Detective’s second season was disappointing, there was some enjoyment to be had. Some of the characters were extremely well-written with tragic arcs, and there are no weak links in the cast. Certain set-pieces, such as the “Vinci Massacre,” the orgy, or the showdown in the train station were intense to behold. Moreover, writer and creator Nic Pizzolatto must be commended for his efforts to differentiate the two seasons. Where Season 1 had an optimistic ending, Season 2’s is an extreme downer. Unfortunately, the season’s overly-complicated storyline bogs down the entire show, and the viewer is left more confused than amazed. Should the series be greenlit for another season, Pizzolatto would be wise to bring on some help in the creative process. Audiences have seen the greatness the show can achieve— now it is time to reel the creator in and discover exactly how to make the next season the show’s best.

I do not agree at all with Quarantino and others, including journalists, like the one who wrote this article, and even some public, that they consider that True Detective II was a bad show or was boring or a mess, it is a very well achieve “film noire”, which delights us in many ways. The actors, starting by the exceptional Collin Farrell, has an outstanding performance, likewise, Ms. Mac Adams and the real fantastic Taylor Kitsch, even Vince Vaughn is quite convincing in his role of a businessman with quite dark interests in drugs, coming from Mexico, he was all right. For many other reasons, I find outrageous some critics, which finds its origin on all kind of prejudices against the show, and more specifically against some actors. It is obvious that “the commentators” cannot compare apples with oranges, such is the case of many comments in this page and other ones too, which in my humble opinion are totally mistaken.
Everything is different from True Detective One, we do not have the same place, the first one, has been shot in New Orléans and the last one in Los Angeles. Secondly the script was indeed quite different, by the same writer, who did a great job, It has been written in an excellent manner, based in well known true facts, which were going on near LA. But what pisses me off, is who had received more unfair and idiotic critics and even personal attacks, is without any doubt Mr. Kitsch, Kitsch is a young and very smart actor, a guy who is, as the French call guys like him a true “charmeur” (in English a charming guy) who had shown us, his acting skills in “Battleship” (Peter Berg), another great film, which is “Normal Heart” (with Mark Ruffalo, Matt Bomer, the marvellous and still gorgeous Julia Roberts, With the three-times Oscar®-winning filmmaker Oliver Stone brings to life this ferocious “Savages”, in which Kitsch demonstrates that he is able to perform successfully lots of characters, no matter how difficult they could be. Again Pete Berg was responsible for “Sole Survivor”; Kitsch was accompanied by formidable actors as Emile Hirsch, Ben Foster, the British Eric Bana and Mark Wahlberg in a fantastic role of Marc Lutthrell, the lone survivor, a true and incredible American hero. Kitsch portrayed Michael Murphy, for his comrades of the Navy Seals, just “Murph” with truthfulness and lots of respect, well deserved.
Last but not least, there is a stereotype, if an actor or actress is good looking, for some envious and “small people”, these actors should be a disaster. Well Kitsch isn’t at all, and he certainly is and will be one of the best actors of Hollywood’s new generation, probably with Josh Hartnett, the Scottish Sam Heughan and few others. I can apply the same thought, regarding Rachel Mc Adams who is brilliant and a very natural actress. I am sure that most people don’t follow these horrendous critics, the show was a success, in spite of “the war waged against it” I hope that some of the current actors will be summoned up for the III “True Detective”, they deserve it by far.