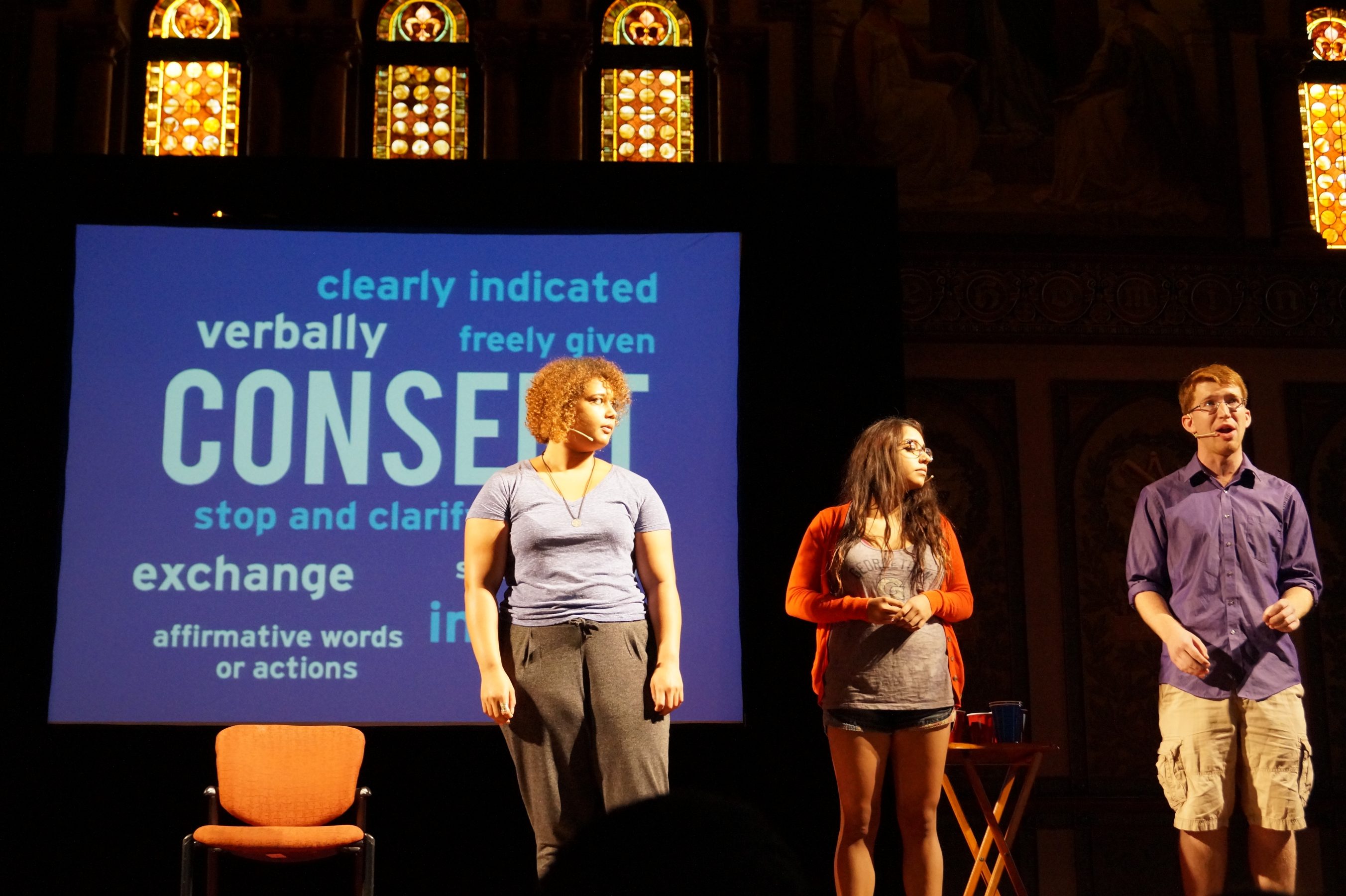 According to Georgetown’s Annual Crime Report, 41 reports of sexual misconduct in 2013-2014 and 46 in 2014-2015 came to the Title IX Deputy Coordinator for Undergraduate Students. Since September 2012, only 17 cases of sexual misconduct were fully adjudicated within the university. While two dismissals and seven suspensions were handed down, eight students were found not responsible.

Title IX and its subsequent “Dear Colleague” letters make it clear that all students, regardless of sex, have the right to receive the same opportunity and access to an education at all universities. “Dear Colleague” letters are official correspondence distributed by a member of a federal office or of Congress to other federal or congressional offices to express support or opposition for a bill or explain the implementation of federal regulations.

National stories and statistics on campus sexual assault, harassment, and misconduct have called for more awareness. One in four college women report surviving an assault or attempted assault at some point in their lifetime, according to One in Four, Inc., a nonprofit dedicated to the prevention of rape. In sixty percent of rapes on campuses, the survivor knows the alleged perpetrator. In November 2014, Rolling Stone’s “A Rape on Campus” reported an instance of a violent gang rape on University of Virginia’s campus. Only, the report was retracted five months later due to factual inaccuracies in the reporting, complicating the narrative around sexual assault.

Georgetown students can often be left without a clear picture of what to do if they experience or witness sexual misconduct. Recent pushes from GUSA and the administration seek to clear up the processes and procedures on campus that relate to sexual assault.

On August 10 and 24, university administrators, Georgetown University Student Association (GUSA) members, and Sexual Assault Peer Educators (SAPE) met to discuss changes to the university’s implementation of sexual assault policy and Title IX. The meetings, sparked by the July 21 Hoya article, “I Stand With Willa, I Stand With Survivors,” sought to address student demands on how to better serve survivors of sexual assault and harassment on campus.

In The Hoya’s op-ed, co-authors Willa Murphy (formerly COL ’16) and Zoe Dobkin (SFS ’16) reflected on Murphy’s personal experience as a survivor of sexual assault and shed light on a lack of institutional support and resources on campus. Dobkin first interacted with Murphy through a message on Facebook after finding Murphy through a social media campaign on Know Your IX, a national campaign organized by survivors to end campus sexual violence.

“We want to make sure that students do know all their options and that they are being implemented on campus, which they are clearly not currently,” said Dobkin, a Sexual Assault Peer Educator and board member of Take Back the Night.

GUSA Vice President Connor Rohan (COL ’16) confirmed in an email to the Voice that GUSA and top-level administrators have reached a Memorandum of Understanding (MOU). [Full disclosure: Rohan is a former Voice staff writer.] Both parties agreed upon a number of initiatives to address the promotions of the existing resources for survivors, the administrative bureaucracy in securing resources, bystander intervention, and the university coverage of financial costs for survivors.

“We are confident that this semester will see the hiring of a new Title IX Coordinator, the development of new bystander intervention training, the redesign of GOCards to include contact information for various resources on campus, the development of a campus climate survey, and the establishment of a focus group to examine our medical leave of absence policy,” wrote Rohan.

The ways through which students can seek help range from confidential to non-confidential sources. No protocol binds students and administrators to a step-by-step procedure. Health Education Services (under which Sexual Assault Response and Prevention Services operates), Counseling and Psychiatric Service (CAPS), the Dean’s Office, Title IX Coordinators and SAPE all provide services for survivors of sexual assault and allies or friends of survivors.

According to Vice President for Student Affairs and Dean of Students Todd Olson, all non-confidential university resources are legally required to inform Dr. Jeanne Lord, Deputy Title IX Coordinator for Undergraduate Students, if a student reports an assault. This creates a “safety net” of administrators exists that can spring into action when an assault is reported.

While Health Education Services provides immediate and crisis management, CAPS assists students on a longterm basis, such as providing therapy.

“All of the CAPS staff are trained to work with sexual assault issues and understand that sexual assault is a traumatic and sensitive issue that requires individualized attention and care,” wrote Dr. Phil Meilman, Director of CAPS, in an email to the Voice. “Trauma specialist Dr. Erica Shirley is a point person on staff who sees students herself and who can consult with the rest of our staff on these issues as needed.”

CAPS clinicians provide evaluation sessions, then make further recommendations on which resources the students can seek if necessary, according to Meilman. In the last year, CAPS saw 1772 students (approximately 10 percent of the total student body), for a total of 11,365 visits. For survivors of sexual assault, CAPS provides triage, evaluation services, and counseling in the form of group and individual psychotherapy.

While CAPS tries to provide the necessary accommodations, students may face a level of financial strain when seeking the aid they need. “Ongoing individual treatment after a period of evaluation, whether at CAPS or in the community, typically incurs a charge. Access to care is a priority for us, so if there is financial hardship, we will work with a student to help that student obtain the services they need (whether at CAPS or elsewhere),” Meilman wrote in an email to the Voice.

Title IX was implemented nationally as a part of the United States Education Amendments of 1972 to ensure that students are free from sex-based discrimination. According to Title IX Coordinator Rosemary Kilkenny, the regulations initially focused on ending discrimination in athletic programs and allowing equal access to funding, facilities, and coaching. The implementation of the law, though, has changed greatly.

“The legal context is evolving pretty rapidly here” said Olson. “So some of our work that was right in line with best practices nationally and legally a couple years ago is now changing.”

According to University Counsel Adam Adler, a university’s responsibilities include responding to reported incidents of sexual misconduct, preventing their recurrence, and addressing their effects under Title IX. Nonetheless, the extent of resources past compliance varies across universities. For example, according to a July 9 article in the Chronicle of Higher Education, only 10 percent of 400 surveyed Title IX coordinators have no other major responsibilities at their respective institutions. Given the MOU that GUSA and administrators reached this month, Georgetown could join a small percentage of schools that have a full-time Title IX coordinator.

While not requiring a full-time coordinator, the U.S. Department of Education’s Office for Civil Rights clarified the legal requirements further under Title IX in its 2011 “Dear Colleague” Letter on Sexual Violence, including better explaining the role of Title IX coordinators and a university’s grievance procedures.

Furthermore, the federal Violence Against Women Reauthorization Act that went into effect this summer provides new guidelines for colleges on how to train students on sexual abuse. Now, training must include bystander intervention procedures and a refined definition of what constitutes as consent in the state depending on the location of the college. For example, new state laws in California and New York have redefined consent to sexual advances as requiring an explicit “yes,” rather than “no means no.”

“It’s very clear from the Department of Education Office for Civil Rights “Dear Colleague” letter that they expect universities to respond to sexual violence and sexual harassment that’s occurring on their campus,” said Adler. “But also the law is very clear now that the universities are required to respond in a certain way with very fair grievance procedures that give rights to both parties during the investigations.”

While Georgetown provides many services that comply with Title IX, administrators struggle with how actively they can engage in the survivor’s healing process. Pushing too hard could trigger post traumatic stress, but not taking enough action could leave the survivors without sufficient support.

“I want to emphasize that we really want to take our cue from that student, respecting their privacy, because ultimately, we would like to think that the student is going to act in his or her best interest,” said Kilkenny.

Day noted, though, that complex systems of resources may confuse survivors, given that they have experienced a trauma. “I think what’s missing is that really good map or diagram or way of translating all of [the resources] for students who are coming from a place where they’re already traumatized,” Day said. “What we know about trauma, and the trauma-impacted brain, is that people are not good at the usual things, under that kind of emotional experience, so they can’t even interpret in their usual, really very sophisticated intelligent way, what they need to do, and where to go for what [resources].”

Olivia Hinerfeld, a Sexual Assault Peer Educator, echoed Day’s sentiment and said that, while Georgetown provides a wide array of great resources for survivors, having to navigate the many options and offices all at the same time as going through a trauma can be burdensome.

Part of the many resources available to survivors includes receiving academic accommodations and support from their academic deans. While a dean can work extensively with a student to ensure that their needs are met, they may be limited by how much information a survivor chooses to share with them.

“The deans from our office really just work as close as we can with the student and try to make it as comfortable as possible for them and provide accommodations that would allow the student to continue with their coursework if at all possible.” Senior Associate Dean Thomas Chiarolanzio said, “Sometimes when maybe we’re not in the loop, or we find out about it way after the fact, that’s sometimes a harder thing, because it goes back to that question, how can we retroactively go fix something academically when we didn’t know about it.”

Recent changes, however, in the university policies and new programs have increased educational opportunities for the student body around the issue of sexual misconduct.

Freshmen attended the “I Am Ready” New Student Orientation Program in fall 2014, as a mandatory program for all first-year and transfer students which will continue to cultivate conversations around sexual assault at Georgetown to create a survivor-centric campus. “Think About It,” an online training program in its third year at Georgetown, also requires new students to discuss healthy relationships and alcohol consumption. Lastly, the “What’s A Hoya” programs, which are held throughout the school year, aim to empower students to become informed community members and active bystanders.

According to Rohan, the MOU between top-level university administrators and GUSA instructs the administration and GUSA to take the following steps, all of which are in the process of being implemented or otherwise explored:

Some may praise the university for complying with the ongoing policy changes under Title IX in the past years, yet financial accommodations and systematic efficiency remain a crucial part of the sexual assault response process to ease the existing burden placed on survivors.

“The university should be crystal clear on where survivors can go to receive housing, academic, medical accommodations and they should not have to continuously repeat their story to multiple offices, as this can be re-traumatizing. Ideally, Georgetown would identify one staff member to work one-on-one with survivors to coordinate all of these services,” said Rohan.

“I’m really excited to see so many different people engaging with it for the first time or at least for the first time in a really meaningful way,” said Hinerfeld. “I hope that people continue to stay involved and don’t focus on the internal politics but focus on what they can do to really create a more survivor-centric campus and to work together as a community.” 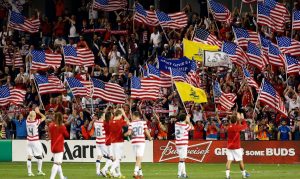 Let’s go to the Ball: Fashion at Gov Ball