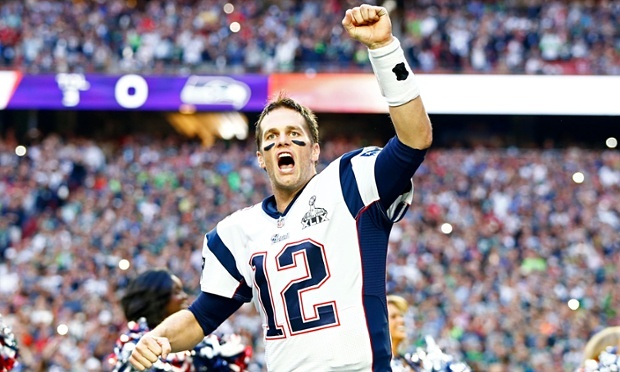 Ever since the mess that was Deflategate surfaced, there have been numerous other accusations thrown at the Patriots about their supposed extensive systems of cheating.  These ranged from Spygate transgressions, which they were admittedly guilty of, to Peyton Manning refusing to use the Patriots assigned locker room out of fear that it was bugged, and even to headset interference during the games.  What is most striking to me about most of these claims is that they are either unsubstantiated or backed by very poor evidence.  Peyton Manning is simply paranoid about the atmosphere of playing against the Patriots in Foxborough, an environment where it feels like the Patriots are unbeatable.  This unbeatable atmosphere has been cited by numerous sports analysts accusing the Patriots of cheating, with sportswriter Matt Vaccaro even suggesting that “The Patriots ultimate legacy makes the cheating worth it.” These allegations don’t have any substance, other than the fact that teams are scared to play against the Patriots in Foxborough.

There are some who would argue that statistics prove that the Patriots cheat.  After all, they are one of the only teams ever to make the playoffs for 12 out of 14 years, an improbable number, but a true one nonetheless.  Another statistical article points to the fact that the Patriots rarely fumble the ball, even in rain, as evidence of the Patriots deflating footballs.  This analysis forgets that the Patriots have always emphasized ball security, and players who have fumbled in the past have either been benched or cut.  Even Jonas Gray, who had 199 yards and 4 touchdowns in one game, was benched and cut this year by the Patriots for ball security issues. In all of these statistical analyses, people also conveniently ignore that Tom Brady has been the quarterback for the Patriots for this extended duration of time, save for one season in which Matt Cassel somehow managed to lead the Patriots to a 11-5 season, a ridiculous feat looking back on it.

The Patriots have one of the greatest head coaches of all time on their sidelines in Bill Belichick.  This man has been one of the most intelligent defensive and offensive minds in football, and, despite his unusual methods, he knows how to get the most out of his players.  His ruthless nature in cutting and benching players who fumble or make mistakes is notorious among NFL circles, and he constantly picks up waived players in order to learn as much as he can about his opponents.  Although Spygate may have been a massive cheating scheme, it was legal to videotape other NFL teams up until 2006.  Even if the Patriots had a sophisticated system of cheating to deal with other team signals, they did so in order to gain an advantage that was legal, for a time.  Despite all the allegations of cheating, Bill Belichick is a genius who won a Super Bowl with a fairly inexperienced QB in 2001, 2003, and 2004.  Additionally, Bill Belichick seemed to have no involvement in the entire Deflategate saga, as presumably Brady was the one who controlled the air pressure in the footballs. This obviously does not absolve Belichick of all guilt, but most of the blame certainly should not be placed on him.

Also, the fact that the Patriots have constantly dominated in a league that should be filled with parity is true, but there are a few explanations, including Tom Brady and Bill Belichick.  The Patriots’ division, the AFC East, has been historically bad for the last 15 years.  In the past 14 years, the Buffalo Bills have failed to make the playoffs and have had numerous head coaching changes, resulting in a team that is consistently bad and always rebuilding.  In Miami, the struggle for a solid quarterback has continued for a long time, with Miami’s last playoff appearance coming during a strange year of the NFL wildcat.  In New York, the Jets have been pretty consistently terrible. The exceptions came during the Rex Ryan years, in which the Jets actually managed to beat the Patriots in the playoffs.  So, most of the time the division was a cakewalk for the Patriots. It helps that the Patriots have had a franchise QB and all three other teams have been in quarterback limbo for years.  These factors have inflated the Patriots win total and have made it far easier for them to dominate in a division where all three franchises have been kind of a mess.

The conclusion that can be drawn from these facts is that the Patriots are really good.  They have one of the best QBs of all time in Tom Brady, one of the best coaches of all time in Bill Belichick, and one of the greatest consecutive winning season runs ever.  Maybe they have been systematically cheating to gain a competitive advantage this whole time, but with flimsy and unsubstantiated evidence, there’s really no proof.  Even as a Bills fan, I have to separate myself from my hatred of the Patriots and look at the facts as a whole.  And, after doing so, I have concluded that it is more likely than not that the Patriots have been accused of cheating far more often than they have been actually guilty.