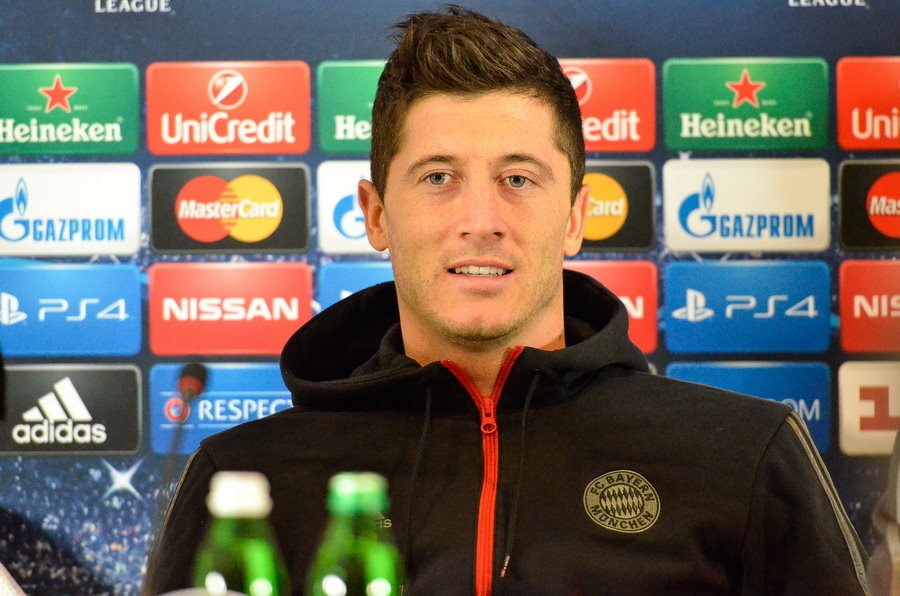 Imagine if Marshawn Lynch had a five touchdown game– and recorded each score within a single quarter– against the Green Bay Packers.

ESPN would light up like it was Christmas, Pete Carroll would cry on the sidelines like an infant, and the city of Seattle would be lifted off its knees after a stolen championship run. A fire would ignite and a season still in its adolescence would already have an end-of-the-year highlight to throw on the reel.

This week, an equally remarkable sports feat happened, but the Christ-like figure’s name was Robert Lewandowski, whose five goals set not just the city of Munich, but the entire soccer universe, alight.

Before I go on, allow myself to introduce myself. My name is Morgan, and I’m just starting to write with Halftime Sports for The Voice. This summer, my little brother kicked my ass in FIFA and in our backyard. In a rageful reverse-power-trip, I vowed to become familiar with soccer (football). As a result, my goal for writing at Halftime is to learn and report the game in American-speak, and to keep all of our fine readers updated on what’s going on across the Pond.

Hopefully after a few months you’ll be so familiar with football that you’ll be able to impress the cute European guy/girl you’ve seen across the bar (or if you’re like me, you’ll keep nursing your drink and scrolling through your Twitter feed).

Back to business. Chances are you heard ‘lehv-on-dov-skie’ mentioned at some point within this week. The man in discussion is Robert Lewandowski, and he plays for Bayern Munich, the New York Yankees of German soccer. They’re an absolute powerhouse, and while defeating Wolfsburg (essentially the Minnesota Twins in this analogy) shouldn’t be a huge surprise, the idea of a single man scoring five times in a quarter hour is unreal.

Lewandowski is 27 years old, and won over the hearts of soccer fans everywhere in 2012 when he led a lackluster Polish side during the 2012 UEFA European Championships. He scored the tournament’s opening goal against Greece, and although Poland failed to advance from the group stage, his attacking prowess impressed some of the highest profile clubs through Europe. In 2014, he transferred from Borussia Dortmund to Bayern Munich, where he has found his niche within the last two seasons.

Let’s get back to how he singlehandedly destroyed Wolfsburg.

Scoring five goals in a game in a momentous achievement. In fact, because Lewandowski entered the game after halftime, he now holds the Bundesliga record (highest German football league) for the most goals scored by a player in a single game as a substitute. With that being said, Lewandowski is far from a ‘come off the bench’ player; he is actually Bayern’s primary striker.

Before I conclude, allow me to set the stage of Americanized football for the next few weeks. The main focus of my future pieces will be on the English Premier League, the Bundesliga (Germany), La Liga (Spain), and Serie A (Italy). I will be avoiding any coverage of the Champions’ League, International friendlies, and as much as it pains me to do so, the MLS (but if you need a team to support, look no further than NYCFC). Each of the leagues I’ll be taking a look at compete outside themselves occasionally, with smaller tournaments occurring inside the leagues throughout the season.

So, buckle up, and let’s get kicked in the balls. 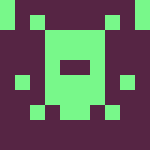 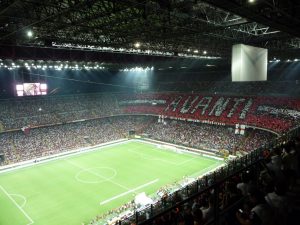 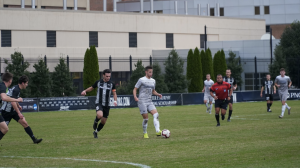