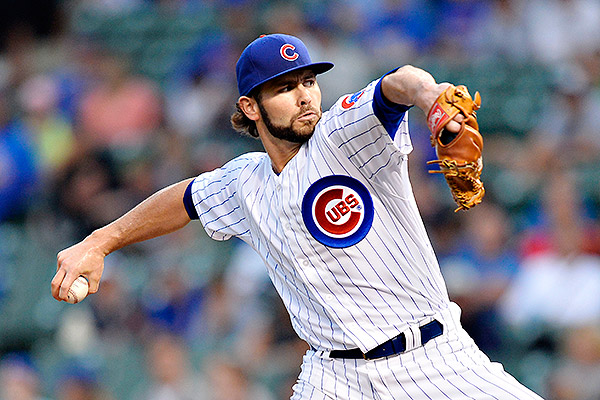 As the leaves turn brown and the pumpkin spice lattes make their way back into our lives, only one thing is on everyone’s mind: the Fall Classic is just around the corner. Before we get there, however, we still have to digest a year in America’s past-time that has gone against the chalk, in many ways. Seriously, who predicted Cubs, Astros, and Mets, yes those Mets, would all be relevant come October? If you were one of those heathens who predicted a Red Sox pah-ty in the Al East, don’t worry, you weren’t alone. However, if you also were anticipating a Mariners-Red Sox ALDS, like our friends at Sporting News, I will shed a single tear for you.

But without further ado, let’s go through some potential candidates for bringing home the tinsel.

What more is there left to say about these birds? With a team E.R.A. of 2.89 (the next closest being Pittsburgh at 3.22) and a whopping 103 quality starts, the Cards are built for the long postseason haul. If there is one concern for the Cards, however, it would be the middle-relief pitching that has proven to be so vital come playoff time in recent years. You can lose with a 4 ace starting rotation, as it’s the late-inning relief pitchers that can make or break your season. With that being said, I’m fairly confident that St. Louis will find itself back in the NLCS.

Yet another outstanding year from the Jolly Roger, as we’ve come to expect. (Say that last sentence again in your head; if you’re someone who’s kept up with baseball for the last few decades, you should be more than mildly surprised). The Pirates have had definitely had the pieces this year: another consistent showing by Andrew McCutchen, steady relief pitching, and a breakout year from stud ace Gerrit Cole. However, it might all be for naught, as a Wild Card date with the Cubs, and.. *shudders* Jake Arrieta looms right around the corner. What a matchup that promises to be!

Hey, Back to the Future Part II predicted a championship for the Cubs in 2015, right? This has to be the year! Please Cubbies, I’m a Yankees fan, but for the love of Steve Bartman and everything holy in this world, don’t waste one of the greatest second halves in baseball history from Jake Arrieta. This chance comes around only, like, every hundred years. Well, if you’re like me and a Bronx Bombers supporter, it’s really every couple of years.

After last years cardiac crew, this year’s Royals are no longer the darlings of Major League Baseball. In fact, judging by the interactions with other teams here, here, and again here. This could make for some delicious postseason drama. Could you imagine how awesome it would be if we had a Kansas City-St. Louis World Series Game 7, 2 outs, bases loaded, and a brawl breaks out? Let’s see how the Royals handle the hype as a favorite now; with a relatively shaky starting rotation, Kansas City might have it’s hands full with a high-powered offensive matchup. One thing is for sure though: the hapless Royals of my youth are long gone, replaced by an angry, hungry, vengeful group.

Ah, yes. One of these is not quite like the other. In my defense though as a born-and-bred New Yorker, this Yankees team, while having its offensive struggles and inconsistencies in the starting rotation, has one strength that will be magnified in October: outstanding relief pitching. Dellin Betances and Andrew Miller have proven to be one of the most effective 7th-8th inning/closer duos in all of baseball, to the point where a 2 run lead is practically insurmountable after the starting pitcher is through. Toss in a side of Greg Bird’s injection of youth, Carlos Beltran’s wise old ways, and A-Rod’s big-balled moonshots (sorry, probably wrong use of words there), the Yankees have a chance. Unlike the crosstown younger siblings, whose names shall not be mentioned (but rhyme with “bets”), there is a pedigree of winning, of excellence, that can be strived for outside the Bronx, but is never reached. So face it, losers. The Evil Empire is here to stay, though you should all be used to it by now.

In all seriousness though, I can’t remember the last time a postseason seemed so wide-open. While we have a clear favorite in the Cardinals, the numbers from the last few years don’t necessarily back up the team with the best starting rotation, the most home runs, or the highest on-base percentage; sometimes all it takes is a little bit of Lady Luck.

And no matter how bleak the situation may look for your team once the fireworks of playoff baseball starts, just remember this line from the great Yogi Berra, who recently left us. “It ain’t over, till it’s over.”

After 20 years, Shawshank Still Holds Up 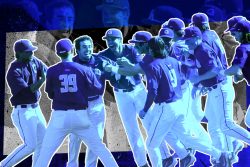 Out of the park, but under the radar: Georgetown Baseball defies expectations

By Carlos Rueda and Lucie Peyrebrune