Right To Life, With Conditions: The Hypocrisy of the “Pro-Life Generation”

The day before Kelly Renee Gissendaner was executed by the state of Georgia last week, Georgetown’s Right to Life group, Vita Saxa, held a “Pro-Life Rally” in Red Square. “Join us as we rally together to protect the rights of the unborn,” read the rally’s event description on Facebook. Vita Saxa’s mission statement claims that, “Through persistent effort we can, and will, create a society in which abortion, euthanasia, and the death penalty have no place.”  Yet not a single word in the event’s description so much as mentioned the fact that a woman’s life was to be ended the next day.

This same trend has occurred, as the issue of funding for Planned Parenthood, an organization that has unfairly become the scapegoat for all things “pro-abortion,” brought our government to the brink of a shutdown. The pro-life movement has rallied around the cry of bringing an end to legal abortions and accessible health care, only to have forgotten the larger implications of the term “pro-life”.

The “pro-life generation” has demonstrated, through their one sided support of end-of-life issues and ingenuine rhetoric, that their definition of “pro-life” doesn’t actually apply to all life. The application of the death penalty in the United States has been nothing short of a massacre, stopping the lives of 1,416 people since 1976. Still, “pro-life” activists ignore visceral examples of its horrors in their focus on abortion. When Oklahoma botched the execution of Clayton Lockett and left him writhing in pain on a gurney for 43 minutes before dying of a massive heart attack, the movement stayed silent.

While in practice the term “pro-life” is used almost exclusively in reference to abortion, its literal meaning is all life, regardless of age or innocence, which the movement has ignored. This fact seems to have escaped anti-abortion activists’ notice, who have focused nearly all of their visible efforts towards ending abortions. If one is to believe that abortion is an act of murder, it is unavoidable to admit that the death penalty is as well. It is an issue that must concern the anti-abortion movement, yet it has been effectively ignored.

This is despite the fact that much of conservative rhetoric around end-of-life issues has deep theological roots and the Catholic Church has an established stance against the death penalty. In a letter to the president of the International Commission Against the Death Penalty, Pope Francis expressed the Catholic Church’s opposition to the death penalty and called its use “inadmissible,” regardless of the crime. Citing God’s justice and plan for humanity, he maintained that the death penalty provides no justice and instead violates human dignity.

Even the less liberal Pope John Paul II said that even those who have “done great evil” deserve the dignity of their lives and the chance to reform in his encyclical Evangelium Vitae. One would expect that the pope would be able to influence “pro-life” activism.  In fact, the opposite has been true. Despite having vehemently denounced the death penalty, he hasn’t been able to goad anti-abortion activists and politicians into making state execution part of the conversation, even at a Catholic university such as Georgetown. It is unfathomable to me that a group of individuals that so ardently fights for one’s right to life, as Vita Saxa claims to do, seems to simply ignore that the death penalty is inarguably a life issue as well—one that scores of religious leaders have come out exceptionally strongly against.

But sure, it is easier to quote a statistic about how abortion might “stop the hearts of 3,500 babies” each day, a phrase Vita Saxa chalked in massive letters in Red Square the Tuesday before Gissendaner’s execution. Without delving into the legitimacy or construction of this statistic, you must acknowledge that the action of chalking it in a public space is an example of how the rhetoric used to promote the anti-abortion agenda relies heavily on imagery that is, on its surface, composed of universal moral truths.

Nobody would disagree that it is wrong to kill a baby. Furthermore, expressing this widely held view is not difficult. Yet defending the lives of people who have potentially committed horrible crimes is a much tougher sell, even if it is just as valid. There can be no doubt that the people condemned by the death penalty were sentient, living humans, unlike there is in the discussion of abortion. Yet, the “pro-life generation” has focused most, if not all, of its visible efforts rallying against a woman’s right to choose and the accessibility of affordable reproductive healthcare while ignoring the injustice of these murders.

The “pro-life generation,” if it is going to keep calling itself that, needs to realize its obligation to the full definition of its chosen moniker. Being “pro-life” means more than posting cute pictures of babies on Facebook and shaming and victimizing women who have had abortions as “baby killers.” By calling yourself “pro-life,” you agree to uphold and defend the dignity of all human life, not just the cute and cuddly kind.

When did cutting off funding to healthcare, the purpose of which is to sustain life, become more important than actually defending the rights of living people? “Pro-life” has been reinterpreted to only mean “anti-abortion,” despite the wider implications of the term. But you cannot pick and choose which lives you are going to defend. If you truly believe that the “fundamental right of humankind” is life until “natural death,” as National Right to Life does, you cannot stay silent about the death penalty. Nobody gets to be selective about to whom they apply their morals. People who call themselves “pro-life” should stop operating under the charade of being crusaders for all human lives and start actually sticking to what their rhetoric implies they believe.

Sophia Kleyman is a senior in the College. 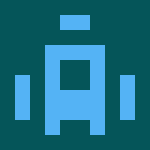