A Working Group on Slavery, Memory, and Reconciliation has recently been charged by President DeGioia to confront Georgetown’s history involving slavery. According to two university-wide emails sent by President DeGioia, the renovation of the Former Jesuit Residence has incited Georgetown to confront its history with slavery. One of the buildings of the residence, Mulledy Hall, draws its name from Thomas Mulledy, a former president of the university. As the university confronts this history, efforts to create an African American Studies major continue to develop. The director of the African American Studies Program, Professor Robert Patterson, mentioned the potential major in his letter about the program in 2014, and there is currently a petition for its establishment.

On August 24, University President John DeGioia sent an email to all Georgetown community members explaining the building’s renovation and the implications of its name. One month later, on Sept. 24, he sent out another university-wide email announcing the establishment of the Working Group on Slavery, Memory, and Reconciliation. DeGioia articulated that the purpose of the group was to advise him on how to confront the university’s history with slavery moving forward and engage the larger Georgetown community in the discussion in a variety of ways.

Commonly referred to the residence as the “JesRes,” most students had been unaware of the name Mulledy Hall or its implications, according to Dr. Joe Ferrara, chief of staff of the Office of the President.

In 1838, Mulledy sold 272 slaves owned by Jesuits of Georgetown and Maryland to the governor of Louisiana for purely financial reasons. As a result of a $47,654.54 debt Georgetown had acquired due to the devaluation of the plantations because of growing abolitionist movements, the Jesuits believed that the best course of action would be to sell the slaves. Growing abolitionist movements had devalued Georgetown’s plantation holdings and plunged the university into debt. The sale split up families, which defied the Jesuits’ moral belief of keeping families together.

Currently the working group, chaired by history professor Fr. David Collins is comprised of 15 members and includes students, faculty, and an alumna. Ferrara explained that they chose a variety of faculty, many of whom are from the history department. They also consulted with groups such as GUSA and the Office of Student Affairs to select the students.

According to Ferrara, they are looking to add two more student members from Georgetown’s black student communities to the group. The working group plans to involve the Georgetown community in coming to a consensus about how to memorialize our history involving slavery, which has momentarily surfaced a few times over the years, he said.

“There have been moments when parts of our community have engaged this issue,” Ferrara said. “I think what’s different here is that you have the president of the university saying, ‘I want to foster a university-wide dialogue on Georgetown’s historical relationship with slavery. I want to take a more comprehensive look at this, and I want to engage in ways that we can most positively reconcile the past, which is sometimes ugly and sometimes very uncomfortable, with the present.’”

He added that this was the first time a Georgetown president had decided to confront the issue. 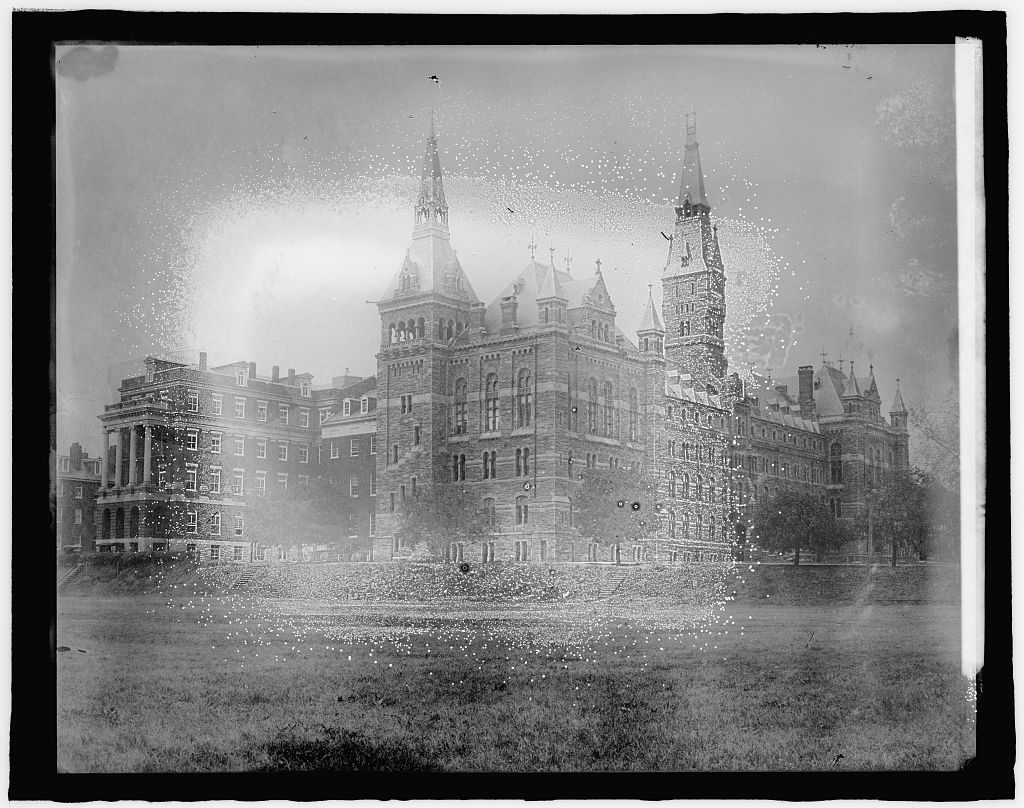 Georgetown College in the 1910s, with Mulledy Hall in the background. Georgetown’s debt in its early years was financed by the sale of slaves. PHOTO: Library of Congress

Collins echoed the moment’s significance, saying, “There are a whole lot of matters of context that I think are making this a more promising moment than we’ve seen in the last several decades.”  He also alluded to the attention recently drawn to certain racial issues. “You’ve got the last two years with this awareness of police violence against African Americans today.” He added, “It’s a way in which we can all be drawn into a conversation where we have to use the first person. We have to talk about: this is what we did. This is about our history. What are we going to do about it?”

Both Ferrara and Collins expressed the goal of the working group to include the Georgetown community as a whole in the conversation about how to memorialize this portion of Georgetown history. Ferrara added that the formation of the working group has already sparked discussions about the topic within other groups such as the philodemic society. Several other universities, such as Brown University and the University of Virginia, have gone through a similar process. Ferrara said that these could be used as models, but that Georgetown should nonetheless structure its process of reflecting on this history in a way that works best for the community here.

Collins emphasized the desire to memorialize the history in a way that will last longer than a four-year generation of students. While he said that this would be a challenge, ultimately he believes that this should become a well-known part of Georgetown history.

“This is a chapter of our history that we need to appropriate into our awareness more deeply, and that perhaps can make us a better community by the ways in which we’re aware of it; that some of the privilege and prestige of where we are today is linked to that history,” emphasized Collins.

Both also expressed their beliefs about the importance of clarity about this chapter of Georgetown history. Ferrara spoke of plans to add it to Georgetown’s website, which does not currently contain information on this matter.

The timing of the formation of the working group corresponds with a petition led by students and faculty to create a major in the African American Studies Program, which currently only offers a minor. While there is no official or administrative relationship between the petition for the African American Studies major and the Working Group on Slavery, Memory, and Reconciliation, Chester Gillis, Dean of the College, noted that he saw ties between the two.

“Clearly there’s a relationship between what they’re doing on the slavery committee and what the African American Studies Program could provide. Not necessarily exclusively for Georgetown’s history but in general, African American history and culture,” Gillis said.

Professor Marcia Chatelain of the history department added, “After the working group concludes its work and provides an opportunity for members of the Georgetown community to better understand the relationship with slavery and this institution, it will only spark more interest in the history of not only African American people, but the study of race and ethnicity.”

“Last year, the core faculty members began to examine whether the program had the resources required to implement and sustain a major,” Patterson wrote in the letter. “While numerous factors have to be considered, I believe that a major would serve the curriculum and university well, and am hopeful it will gain traction during this academic year.” 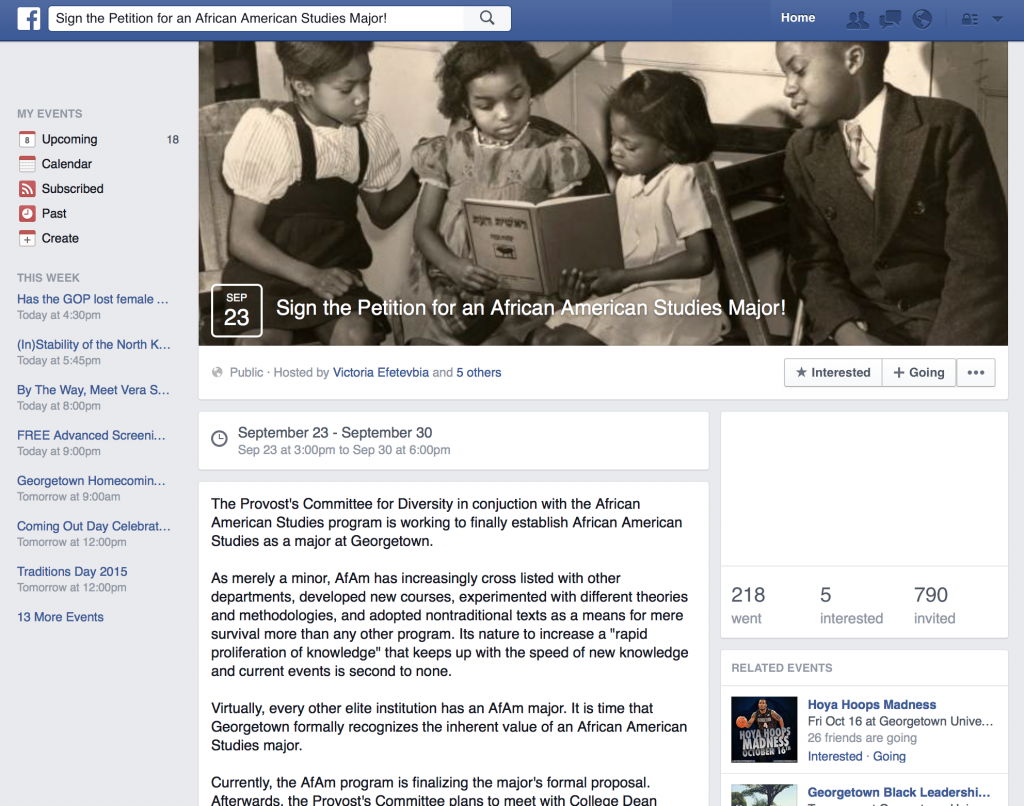 The petition for an African American Studies Major at Georgetown.

Dean Gillis stated that he had met once in the past few weeks with a group of students to discuss the petition for the new major. The students expressed that there has been strong support for the major on social media and that the major is a necessity.

Dean Gillis expressed that among the factors considered for approval will be student interest, the academic quality and integrity of the major, the specific requirements, the resources they will use sustain the program, and it will fit into and add to the broader curriculum.

Potential deterrents for major approval could include insufficient student interest, an incoherent curriculum, and the lack of ability to be able to deliver the curriculum.

Professor Chatelain stated, “At the end of the day, regardless of whether or not the major passes, the university is in a unique position to make sure that our students are best prepared and best informed about the world ahead of them.” 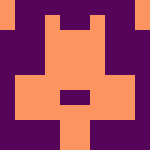 ‘Of Dizzying Beauty’: The many faces of Georgetown’s Black art community