Liebegott and Chatelain talk gender and LGBTQ identity in the media 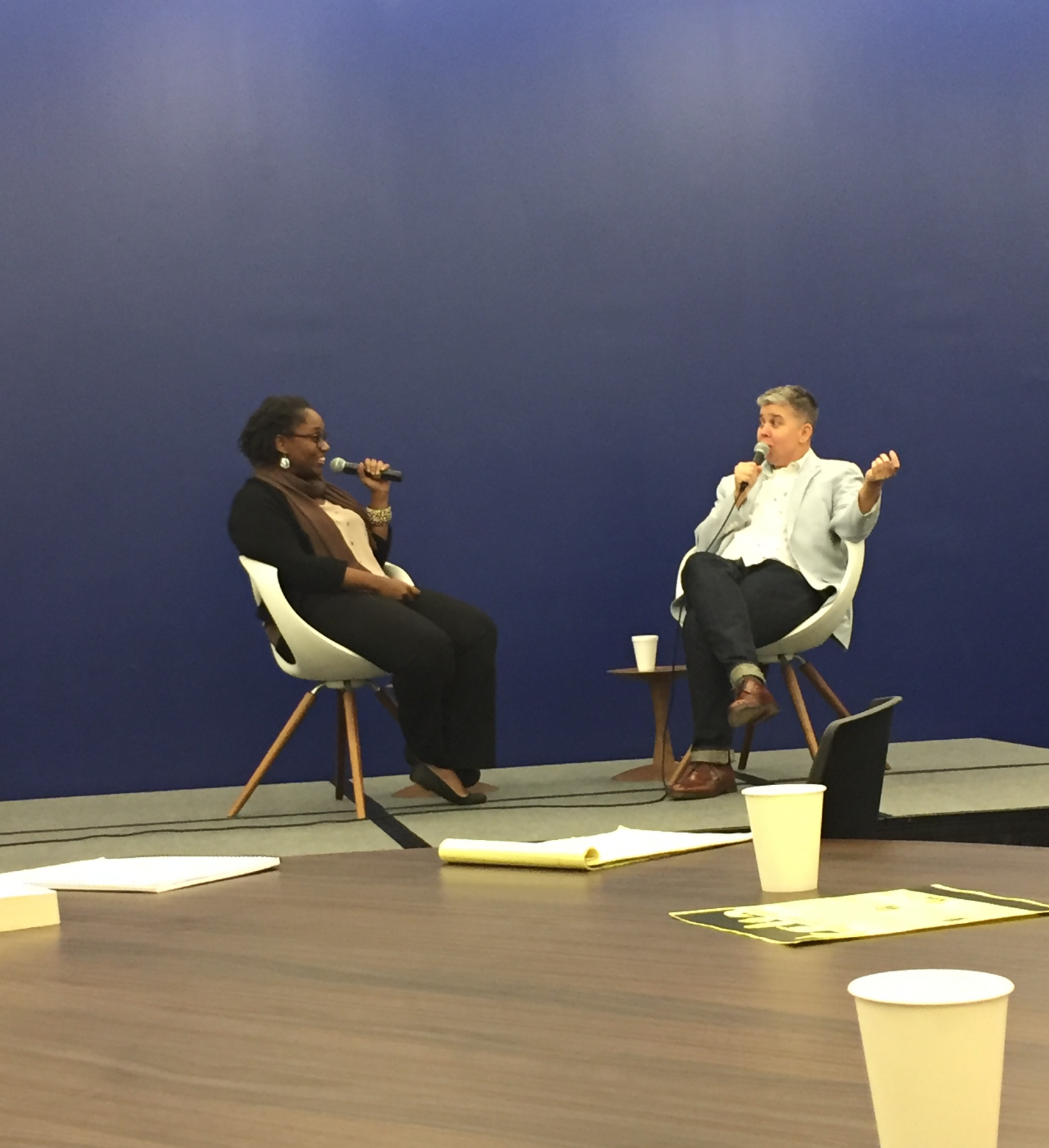 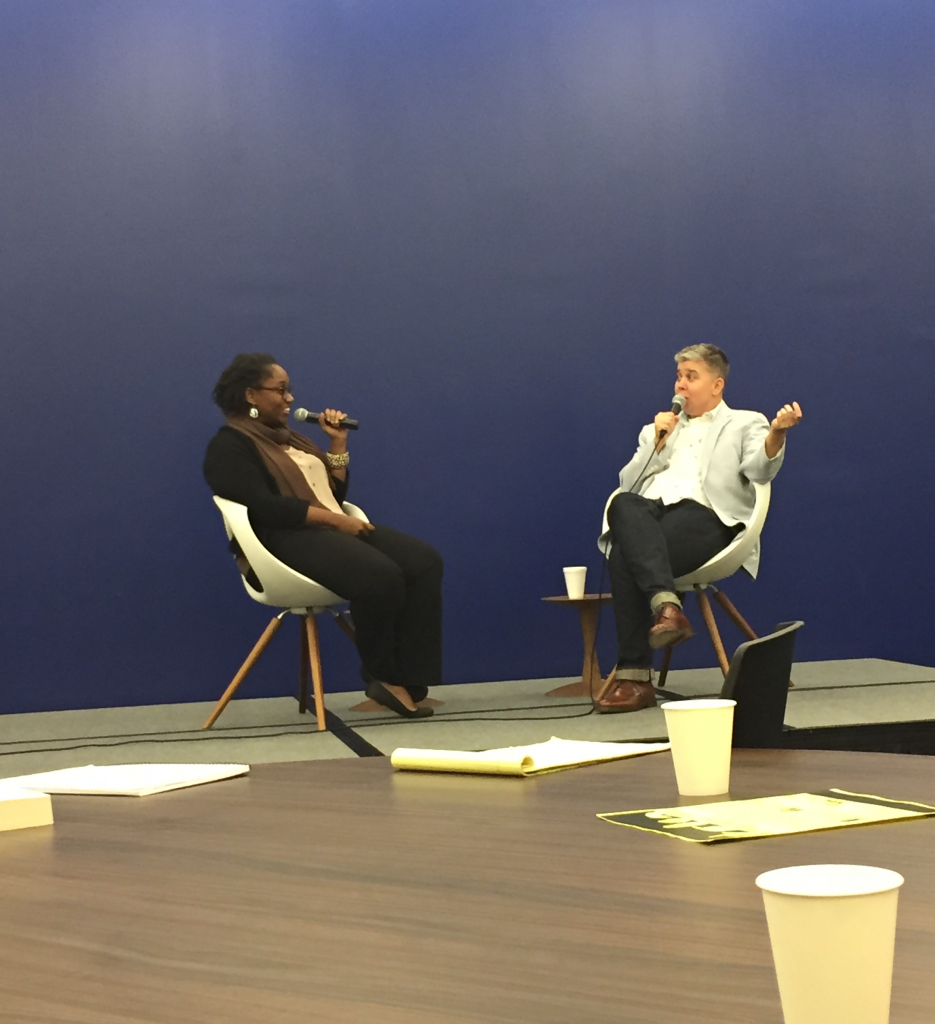 On Oct. 20, the LGBTQ Resource Center hosted the event “The Tipping Point in Transgender Popular Culture,” a conversation about the challenges of representation for female and genderqueer writers in media between award-winning author poet and teacher Ali Liebegott and Associate Professor of History Marcia Chatelain. Liebegott, a writer and actor on the Amazon Studios show Transparent, began the event with the screening of a scene from the show. The two discussed the issues of trans representation raised on Transparent, as well as the challenges faced by female and genderqueer writers in television, before opening the conversation for questions from the audience.

Chatelain and Liebegott discussed the pressures of writing for one of the few shows addressing trans issues. “We have to scrutinize these characters in a way that we don’t ask to ever scrutinize the characters of people who are not marginalized,” said Liebegott.

Liebgott spoke about the burden placed on trans characters to represent the experiences of trans all trans people. “It’s irritating in that way,” Liebegott said. “I can’t wait until the day that we just let everyone be on TV and do their thing, and we’re not saying this character has to do all of the work that hasn’t been done in 50 years.”

Chatelain and Liebegott also discussed challenges facing the queer community today. “One of the things that makes me really sad about our queer community these days is I feel like we’re very splintered,” said Liebegott. She expressed fears that with the legalization of gay marriage and similar achievement comes a loss of solidarity between members of different marginalized groups.

Liebegott emphasized the importance of concrete rights for LGBTQ people as well as changing social perceptions of the trans community. “I do feel like the rights I would like to see for people are living wage, health insurance, and housing. Just the basic human rights that everyone should have,” said Liebegott. She also acknowledged the power of visibility in media in leading to greater acceptance of trans people in society.

The conversation turned to broader issues of representation in entertainment, including Viola Davis’s Emmys speech for best actress in a drama. “I feel like she so perfectly encapsulated the thing when she said the only difference that stands between me and a white woman getting this is opportunity,” said Liebegott. She also discussed the importance of including a greater diversity of voices in writer’s rooms.

Tuesday’s event was a part of OUTober, a month-long series of events hosted by GU Pride and the LGBTQ Resource Center. According to Assistant Director of the LGBTQ Resource Center Julian Haas, the theme of this year’s OUTober is interconnectedness and relationships. “We thought about television and media more broadly as a way in which people develop relationships with humans and relationships with themselves through a second medium,” he said.

One of goals of the OUTober, according to Haas, is to provide transformative moments for reflection and self examination. “What made this event tonight such a success was not only the speakers that we brought but also the people in the room and the questions that they asked,” said Haas.

Grace Smith (COL ‘18) asked a question about fear to finish the question-and-answer and the event. “I think I think a lot of us here in the audience have experienced a lot of fear at times because of our identities and because of who we are, and so I’m just wondering how has fear played a significant role in your life and how have you moved with the fear?” asked Smith.

Liebegott answered by talking about her own experiences with fear and its role in her work. “The only perk you get as an artist is getting to tell your story just how you want it. You’re not going to be able to control how anyone responds to your work. You’re just going to have the enjoyment of making it or the hell of making it.”

By Joanna Li and Angelena Bougiamas