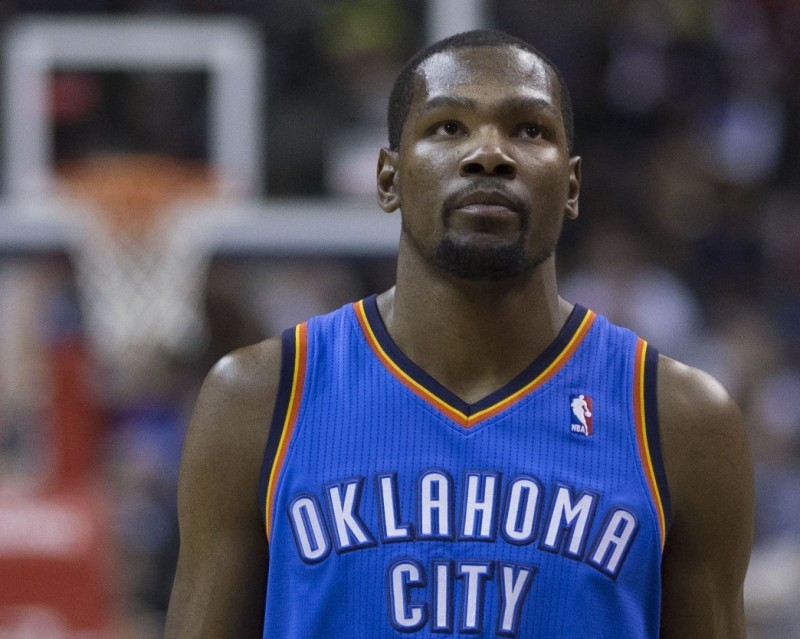 Instead of saying “boo” this Halloween, try saying something scarier, such as “Tristan Thompson is making $82 million over the next 5 years”. In honor of Halloween, this column will be dedicated to some of the spookiest predictions for the upcoming 2015-2016 season. While many of them may not come into fruition, the idea is to get you thinking about some of scary possibilities that may come out of this upcoming year.

This is the last year of Kevin Durant and the Thunder

Ever since Game 1 of the 2011-2012 Finals against the Miami Heat, the Thunder have been on a downward spiral they have been unable to recover from. While the blame can be attributed to injuries and bad luck, amongst other things, they just have not been able to find the same spark that won them the Western Conference Finals in 2011. Kevin Durant will be returning full-time after suffering from foot problems last year, but if the season doesn’t go their way this year, Durant could return home to Washington D.C. in the offseason.

Truth be told, there is a very good chance that the Spurs do end up with the best record in the West. With new additions LaMarcus Aldridge and David West, they are more loaded than ever and will field an incredibly deep roster. However, the entire Western Conference is loaded with talent, and a solid seven or eight seed might be able to hit them at the right time similar to the Memphis Grizzlies in the 2011 playoffs. While they will receive a lot of rest, the core of this team is getting old, and who knows how long the Big Three can remain together.

Be weary Cleveland fans, the Hawks will be better than last year. In addition to re-signing Paul Millsap, they also picked up Tiago Splitter from the Spurs reinforcing their inside presence. What makes this forecast really spooky is the idea that a team without a real superstar could make it to the NBA Finals. However, coming off a 60-win season, the Hawks now have a target on their back on won’t be sneaking up on anyone. Plus, in addition to the Cavs, the Hawks are also dealing with the Wizards and Raptors (and the Magic) who will also be better this year.

Last season, when George Karl arrived to coach the Sacramento Kings, he tried to trade away headcase DeMarcus Cousins. However, owner Vivek Ranadive vetoed the move as Boogie is the face of the franchise at this moment. This move led to friction between the two and set a very uncomfortable tone for the team moving forward. Now, add in Rajon Rondo, a notorious ill mannered player who gave up on the Mavericks last year and has a terrible attitude, and you can imagine that the team will have a very difficult time trying to get all of the personalities to work together.

The Philadelphia 76ers win more than 20 games this year

This prediction is mostly scary because the 76ers seem to have no intention of winning games at all for another few years. With Joel Embiid out for all of this season, the 76ers will begin this year trying to develop the other two young centers on the team, Nerlens Noel and Jahlil Okafor. However, Sam Hinkie is probably thinking that they do not have enough young talent yet, and so this team will be constructed exactly to avoid winning games for another few years. However, if Jahlil does well for himself this year and wins himself a Rookie of the Year Award, he might be given the Michael Carter-Williams treatment, and be traded to a team with a lot more promise in the future (Orlando Magic preferably).