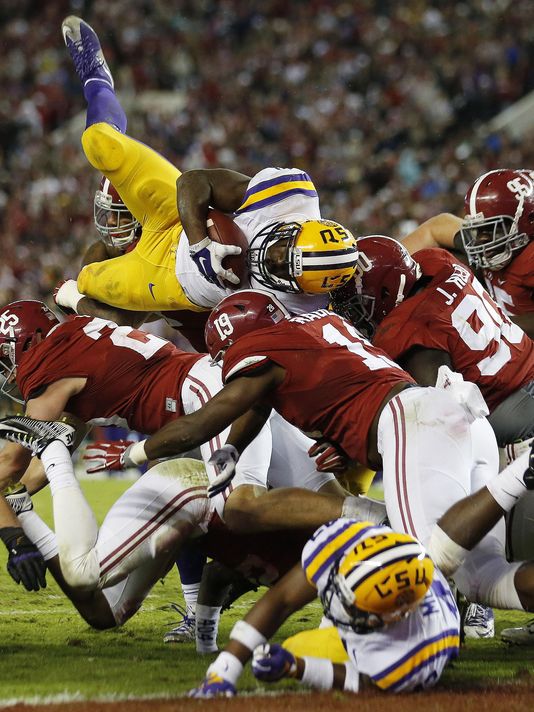 Without a doubt, the most impressive player thus far this season has been LSU running back Leonard Fournette. The presumptive Heisman favorite carried the Tigers to a 7-0 start, gaining an absurd 1,352 yards in the process. Less publicly, the Alabama defensive front has demonstrated itself to be not simply one of the nation’s best, but one of the best of all time. So when the unstoppable force that is Fournette met the immovable object that is the Tide’s run defense, something had to give.

That something was not the Alabama defense. They held Fournette to a mere 31 yards on 19 carries, and even this paltry figure is significantly inflated by a late 18 yard run.  In the seven prior games Fournette had never been held under 150 yards. This begs the question, what did Alabama do so differently than the rest of the teams Fournette has faced?

The short answer is simply that the Tide have better athletes at their disposal, particularly their massive, freakishly athletic, and quick-reacting defensive lineman and linebackers. Head coach Nick Saban, defensive coordinator Kirby Smart, and their entire recruiting and player personnel staffs have had demonstrated success recruiting and developing at these positions, and this success has been borne out by the glut of defensive linemen and linebackers drafted out of Tuscaloosa into the NFL.

Yet, this talent advantage only tells half of the story. Equally critical was the masterful gameplan called by defensive guru Kirby Smart. Facing the prospect of defending the mythical Fournette, most defensive coordinators would decide to put either eight or even nine defenders in the box to give them an advantage over the seven blockers LSU would have when running out of the I-formation, their preferred run formation. This would in turn give LSU’s quarterback, Brandon Harris, the ability to make big plays through the air, which he would likely not be able to do as often otherwise, as he is a decidedly solid quarterback, but unlikely to take over a game without any help.

Instead, Smart decided to essentially shut down Harris, who only completed 6 passes, puttin the offensive onus entirely onto the shoulders of Fournette and placing ultimate trust in his defensive front.

They answered the bell. Alabama’s defensive linemen and linebackers put on a clinic in run defense in a 3-4 system, in which a team fields three linemen and four linebackers. Playing seven defenders against seven blockers- and a very good run protection unit at that- is a very risky proposition.  This can only work when all 7 players remain disciplined, react quickly, and fulfill their particular responsibilities. It was the nose tackle’s job to blow up the opposing center and prevent an inside run. It was the defensive tackle’s job to drive their man straight backward in order to either force the running back inside or too wide outside, where he could be easily pursued without protection. The remaining four linebackers were tasked with reading the blocking scheme and finding and filling the hole through which Fournette would try to run.

Every single play, regardless if it was one of one of Alabama’s future first round picks, like middle linebacker Reggie Ragland or defensive end A’Shawn Robinson, or one of their plethora of talented backups, everyone in the Crimson Tide’s front seven stepped up on every play. If my description of this defense sounds a tad bit mechanistic and formulaic, that’s because, in typical Nick Saban fashion, this defense ran like a well-oiled machine. Even compared to previous iterations of Saban’s machinelike defenses, this defense imposed their will in a particularly ruthlessly efficient fashion.

To be sure, Alabama was aided by the traditionally hard-headed play-calling of LSU offensive coordinator Cam Cameron, who is notorious for refusing to adapt his traditional pro-style offense to a more spread-based system, which would surely have been more helpful to both Harris and Fournette against the vaunted Tide defense.

Nevertheless, this defensive tour de force demonstrates why Alabama, despite their one loss, deserves their spot near the top of the College Football Playoff rankings. 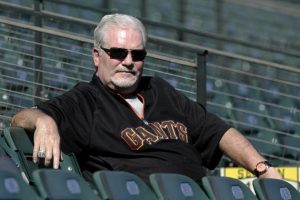