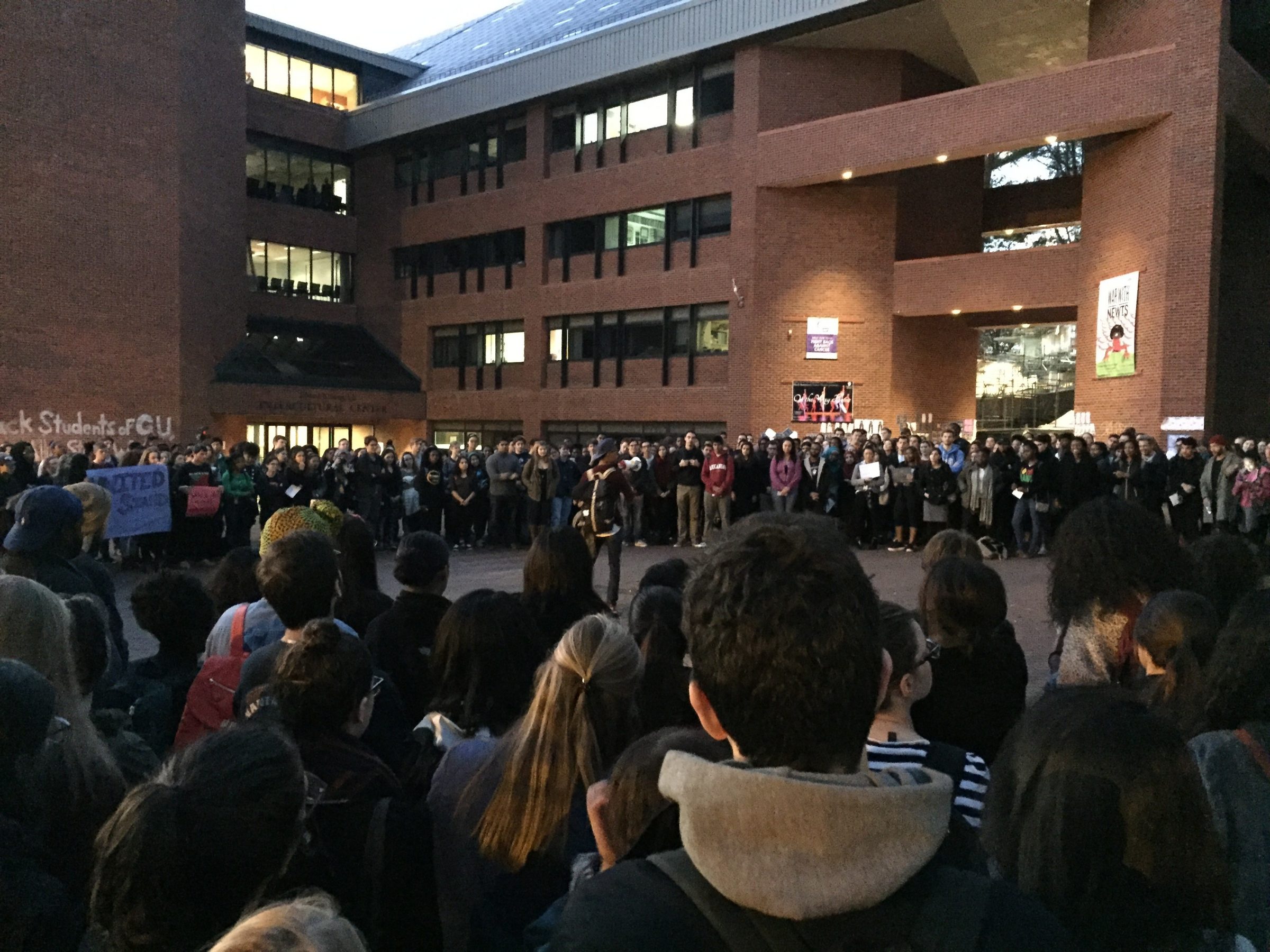 Georgetown students gathered at Red Square earlier this evening in a demonstration of solidarity with black students at Mizzou. PHOTO: Sahil Nair

Georgetown students announced at a solidarity demonstration on Thursday, Nov. 12 that they are to begin a sit-in outside University President John DeGioia’s office on Friday morning to continue until administrators change the name of Mulledy Hall.

Several hundred students, faculty, and administrators attended the event, which was organized to call attention to racial disparities and discrimination at Georgetown as well as to send a message of support to activists across the country, including at University of Missouri and Yale University. The event, which was organized on Facebook, was hosted by Crystal Walker (SFS ‘16), Candace Milner (MSB ‘16), Queen Adesuyi (COL ‘16), Ayo Aruleba (COL ‘17), and Stephanie Estevez (COL ‘16).

The sit-in is to continue during the president’s business hours from 9 a.m. to 5 p.m. until administrators change the name of Mulledy Hall, named for a former university president who sold 272 slaves to Louisiana in 1838 in order to raise money to pay off university debts.

Milner read off a list of demands from what she called a “working document,” which includes renaming McSherry Hall and the John Main Center, in addition to Mulledy Hall, installing plaques on unmarked graves of slaves on campus, the implementation of an annual program to mark slavery’s legacy at Georgetown, revision of campus tours to include information about the roles of black people in Georgetown’s history, mandatory training for professors on identity and diversity, and the creation of an “endowment to recruit black identifying professors.” The endowment should be “equivalent to the Net Present Value of the profit generated from the transaction in which 272 people were sold into bondage,” according to a document circulated by the Black Leadership Forum. 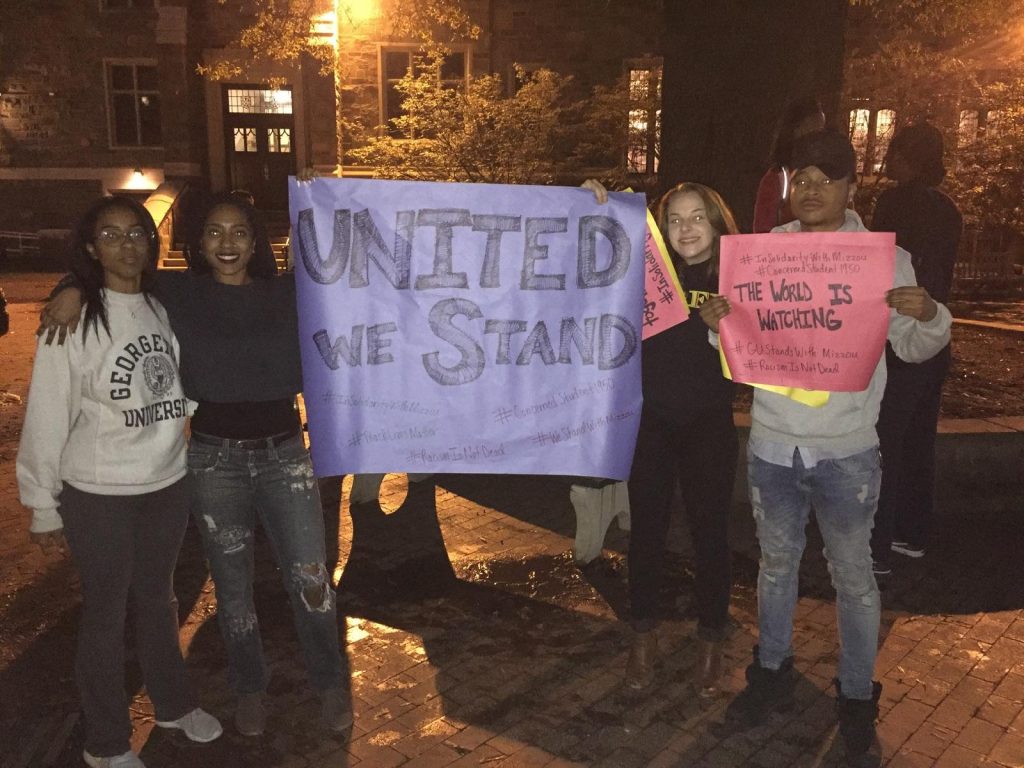 Students at the demonstration of solidarity in Red Square. PHOTO: Elizabeth Teitz

“We’ve been dialoguing enough. We are the university of dialogue,” said Walker who spoke at the event and sits on the Working Group on Slavery, Memory, and Reconciliation. “We want tangible change.”

The organizers also called for structural and cultural change on campus that reflects greater diversity and active progress.

“The culture doesn’t prioritize the needs of people of color,” said Antwan Robinson (COL ‘16). “You have to watch your backs on campus. It’s not always safe.” He spoke of feeling uncomfortable on campus due to a climate of racial intolerance and ongoing micro-aggressions, and urged students to speak up about the injustice they witnessed.

“It’s very valuable to listen to our students tonight,” he said. “We are committed to continuing to engage with our students and make changes on our campus.”

After the event ended and participants dispersed, some lingered in Red Square, while Father Raymond Kemp, special assistant to the president and an adjunct professor in the Theology Department, walked through the square with one fist held in the air.

“This is solidarity, this is what I teach. It’s straight out of Papal doctrine,” he said. “This is exactly Catholic social teaching at its very best.”

This story will continue to be updated as more information becomes available.

In addition, a sentence summarizing Robinson’s remarks at the rally has been updated due to a misquoting of Robinson’s statement. The sentence previously read, “He spoke of feeling uncomfortable at times walking on campus at night due to a climate of racial intolerance, and urged students to speak up about the injustice they witnessed.”

By Bettina Bottome and Abby Gardner