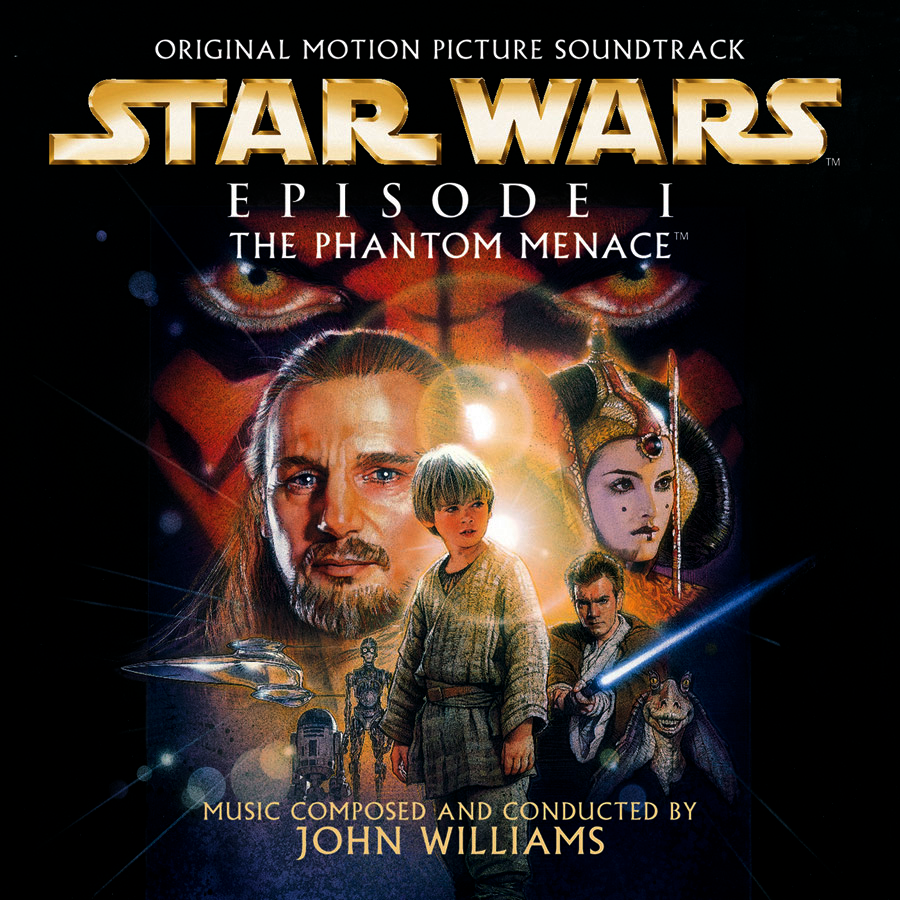 When Star Wars Episode I: The Phantom Menace was set to be released in theaters in May of 1999, it was arguably the most anticipated movie of all time. Fans would buy tickets to other non-Star Wars films solely to see the trailer for The Phantom Menace, promptly walking out of the theater after the trailer rolled. When the movie finally premiered, it was accompanied with a sinking feeling that every fan in every theater felt. It was bad.

Let me make one thing clear before I continue this review: I do not hate this movie by any standards. Any criticism I make is with love, because Star Wars was an integral part of my childhood, and I adored this movie as a child. However, even then, I knew something was off.

Where to begin with a film as big and disastrous The Phantom Menace? I could detail the plot, but that would be pretty pointless as most people know the general concept. I could talk about George Lucas’ writing, which has some of the most stilted and cringe-worthy dialogue that any film has ever seen. Or I could lament the presence of Jar Jar Binks, cinema’s most despised character. Instead, I will try to avoid nitpicking aspects of the film, since this has been done to death already, and instead talk about it as a whole.

This film has one central flaw: it’s completely pointless. The film accomplishes absolutely nothing. It contains characters that we already know: a young Anakin Skywalker, Obi-Wan Kenobi, Chancellor Palpatine (or Darth Sidious), Yoda, C-3PO, and R2-D2. The characters it introduces are mostly tangential to the main saga. Qui-Gon Jinn is killed off at the end of the film, Darth Maul suffers the same fate, Jar Jar is banished to a mere cameo in the subsequent films, and Mace Windu is so boringly written that not even Samuel Motherf**ing Jackson could make him charismatic. The only character who is introduced of any value is Padme Amidala, Anakin’s eventual wife and Luke and Leia’s mother. The addition of midichlorians, microscopic lifeforms the Jedi use to channel the force, to the Star Wars mythos was much maligned and dropped by Lucas in the next two films. An argument can be made that showing Anakin’s relationship with Shmi, his mother, is important to his character development, but even this could have been easily accomplished in the next film.

Instead of advancing the main saga in a significant way, Lucas becomes bogged down in trying to please all of the fans, both young and old. His political subplots involving the debate over the Trade Federation’s blockade of Naboo are simply dull. Star Wars was about exciting battles, dynamic characters on the run, and a sense of humor. A group of characters sitting in circles, half-circles, and even more damn half-circles discussing peace treaties and taxation laws is not what Star Wars is. The political interactions try to keep older fans interested, but they simply bore. They are written with extremely boring dialogue and monotone performances from everyone involved. Lucas tries to appeal to younger fans by including Jar Jar Binks as “comic relief.” Jar Jar tries to be the Chewbacca of the prequel trilogy, but Lucas seems to forget that Chewie was great because he had no real lines, and was a supporting character, never the center of attention like Jar Jar is. Even seven-year-old me knew that Jar Jar was incredibly irritating to watch and added nothing to the story. Not once does he do something that could be considered objectively funny. Instead, the audience cringes at his idiocy. Lucas alienates both age-groups of fans, which is an impressive achievement in its own right.

Skipping The Phantom Menace and starting with Attack of the Clones would not cause the viewer to miss anything vital about the saga. With that being said, there are some redeeming moments. Well, one redeeming moment. A redeeming character, more accurately. Darth Maul. Maul is easily the best thing about the film. His character design is great, he has minimal dialogue (which means that Lucas cannot ruin his aura with awful lines), and his lightsaber is novel and memorable. The final fight between Obi-Wan, Qui-Gon, and Maul is extremely well-choreographed and exciting. It practically redeems the entire film.

Lucas’ attempt at an epic finale falls short. He tries to weave four separate storylines together: there’s the Gungan-Federation battle on the plains of Naboo, the assault on the Trade Federation command ship, Amidala’s assault on the palace, and the three-way lightsaber fight between Qui-Gon, Maul, and Obi-Wan. Two of the battles work: the lightsaber fight is awesome to behold, and the fight in space has an actual sense of fun. The other two feel too weighty. The Gungan army is too ridiculous, even by Star Wars standards, and their defeating of the Federation army brings back bad memories of Ewoks taking down the Emperor’s best Imperial storm-troopers in Return of the Jedi. Amidala’s assault is nothing special, and soon becomes fairly dull to watch once the Jedi leave her to fight Maul. Lucas tries too hard here: every single one of the original trilogy’s finales focused on the simultaneous actions of characters in one or two locations, at most. Switching between four places becomes disorienting for the viewer and makes it difficult to invest in one scene in particular.

It’s a shame that The Phantom Menace is such a poor film because the story it begins to tell is fascinating. The fall of the Republic and the Jedi Order along with Anakin Skywalker’s turn to the dark side are tragic, incredible stories. Unfortunately, the film simply spends too much time on storylines that would be dropped in the next film, and not enough time starting the saga off in some sort of subsequent manner. As I said before, I do not hate this movie. Even bad Star Wars is enjoyable Star Wars. But its flaws are too egregious to be overlooked. If even a seven-year-old me knew that something was off with Jar Jar, then the film has some fairly serious issues.