The Twilight of a Great Sports Era 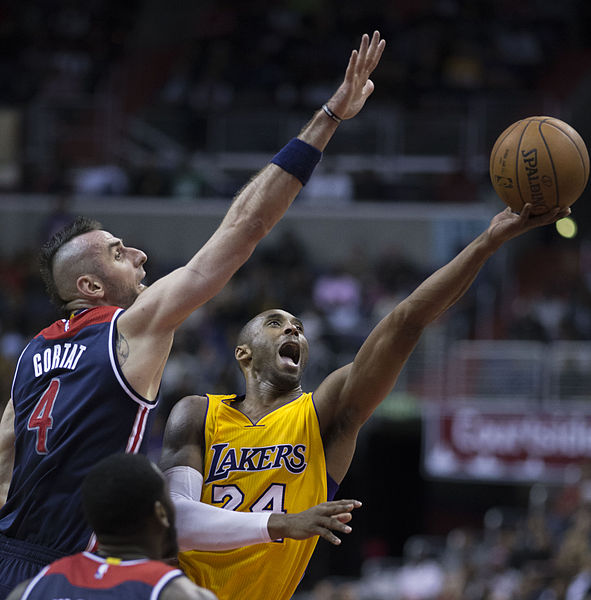 Don’t get me wrong, it’s been a depressing realization to watch both of them this year. Kobe air balled a layup in a November 8 game at the Madison Square Garden. Peyton Manning has thrown an interception in every game he’s played in so far this year, and was benched in the same game that he broke the record for all-time career passing yards. So far, this year has brought us a chilling reminder that even the most prominent sports gods of our generation can’t hang around forever

However, while it is easy to tell that Bryant and Manning are not the same players they were ten years ago, they are still the same people. These are two of the greatest and most accomplished athletes of all-time. More importantly, they know it. Both of these players are aware of the history they are chasing and what they need to do to get there.

Kobe has always wanted to become the all-time leading scorer in NBA history, and he was on pace to do it, until various injuries derailed his case. He currently sits at 32,600, and the record still rests with Kareem Abdul-Jabbar at 38,387. At the scoring pace he is currently at, he would need at least three full seasons to reach that point, but that would mean he would have to avoid any injuries to do it, something that does not seem feasible at this point of his career.

Throughout his career, Kobe has struggled to escape the shadow of Michael Jordan. The constant comparisons between the two has driven Kobe to do whatever he can to surpass his predecessor. Kobe only trails MJ by one Larry O’Brien trophy, and I think Kobe wants to hold on to the belief as long as possible that he can finally catch up to Michael Jordan.

Peyton, on the other hand, has set almost every record possible for an NFL quarterback. On Sunday, he became the all-time passing yardage king, and his next win will bring him the crown of all-time wins as well. Peyton is also fortunate enough to have actually won a Super Bowl, something that not all elite quarterbacks are able to claim.

Peyton has been chasing history, but he also might be feeling the pressure from another source– his family. Everyone knows how ridiculous it is that his brother Eli has two Super Bowl rings compared to his one, and Peyton probably goes into every postseason knowing that he needs to even the score. I just can’t imagine that an ultra competitor such as Peyton Manning could stomach the thought of his career ending and be losing in the one statistic that matters the most, Super Bowl wins.

Peyton isn’t necessarily done either. While he may have been benched against the Chiefs, he is still the undisputed leader of the team. Despite their terrific team defense, it is difficult to believe that the Broncos would be sitting at 7-2 if Brock Osweiler had been starting the whole season. Without Peyton Manning, the team has little chance of winning anything this year.

These sports icons are still here because they want to be remembered as the best ever in their respective sports. They want to prove to others and to themselves that they are still capable of being athletes. But based off of what we’ve seen, this year will likely be the last that we ever see these transcendental athletes take the stage. Don’t use this time to claim they should already be gone, use it to enjoy the final moments and memories that they offer to us.

Both of these sports legends have inspired athletes to become better players. Many of the players they square off against today watched them as kids. While it may be difficult to watch our favorite athletes slowly fade away, remember the great plays and fantastic memories they provided. Enjoy the lingering sparks of magic they conjure, such as the 4th quarter comeback that Peyton Manning crafted against the Chiefs earlier this season.

If anything, remember to appreciate the legends in today’s game. Yell as LeBron glides from coast-to-coast and rock the basket with a tomahawk jam. Enjoy Aaron Rodgers as he weaves his passes through layers of defenders to an amazed receiver. Appreciate Messi and Ronaldo as they score unfathomable amounts of goals. Before you know it, all of these athletes will be gone, and all that will be left are the incredible legacies they created.