The Real Deal: 1-3 Hoyas poised for big things despite only one win 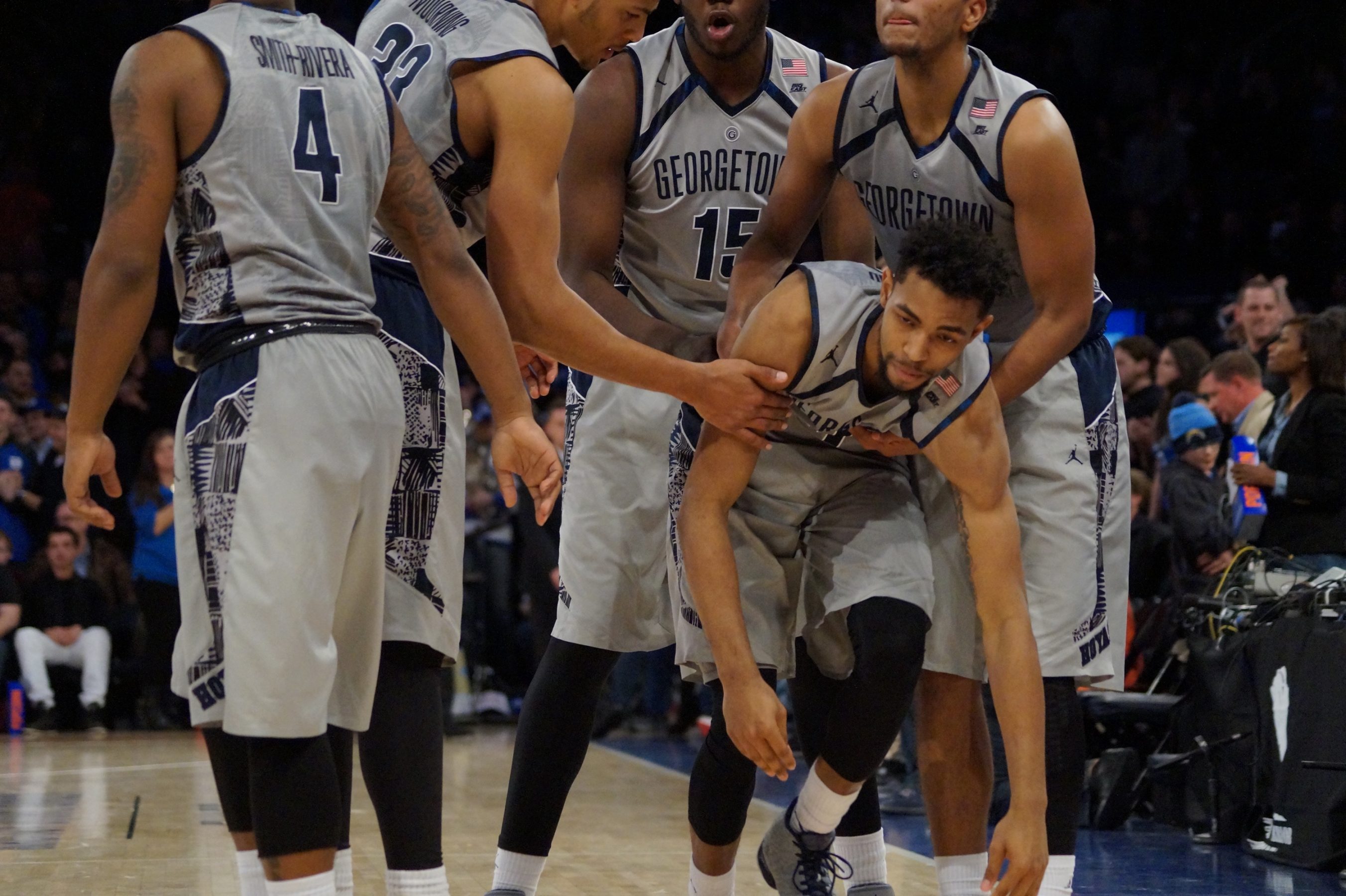 Last week, the Hoyas lost to Radford, a team that has never made an NCAA Tournament appearance, at home. It was no freak loss. The Highlanders played poorly and the Hoyas played even worse, but as I wrote in my previous column, there was ample reason to believe in this year’s Georgetown team.

In their last three games, the Hoyas have put two more notches in their loss column, but the team has looked better than they have in years.

Playing in a hostile arena against No. 3 Maryland last Tuesday, the Hoyas jumped out to a quick lead in a game of runs and led by seven with under five minutes to play before crumbling behind poor fouls and outstanding shooting from the Terps. All five Hoya starters scored in double figures and Georgetown lost 75-71. Yet, against a team thought by some to be the best in the country, the Hoyas proved that they were capable of playing at an elite level. Marcus Derrickson showed us that he was just as good a shooter as promised, scoring 13 points and making three deep jumpers.

With the Hoyas traveling to Madison Square Garden for the 2K Classic, it was not absurd to believe that the Blue and Gray could win the tournament. It was also very possible that Georgetown could start the season with four losses.

On Friday, against a weaker-than-expected Wisconsin team which opened the season with a loss against Western Illinois, the Hoyas looked in control throughout, despite an ugly game. We saw Reggie Cameron find his form after being a non-factor throughout his sophomore year. Cameron scored 14 points, shooting 4-of-6 from three, all in the first half. Bradley Hayes and Derrickson combined to score four points and D’Vauntes Smith-Rivera shot 2-9 from the field. But, this didn’t matter because of double-digit scoring from Copeland, Cameron, and Govan, in addition to Smith-Rivera, who got most of his points at the free throw line. Against a team that reached the national finals last season, the Hoyas cruised to a 71-61 win.

On Sunday, against No. 5 Duke, the Hoyas led at the half, and Copeland had a shot at the buzzer to win the game. Sure, Georgetown lost 86-84, but the margin, in past years, would have been much larger. An offensive explosion from Duke sophomore guard Grayson Allen, who scored 32 points on just 12 shots from the field was disheartening from the press box. I can’t imagine what it would do to the team’s confidence. The Blue Devils led by nine points in the middle of the second half after the Hoyas entered a characteristic scoring drought, going without a point for almost five minutes. Yet, the Hoyas fought back, getting contributions on both sides of the court from different players every time they fell behind.

So, yeah, the Hoyas are 1-3. But they could be the best Georgetown team that we’ve seen in years. Here’s the biggest reason why:

This team is scarily deep. Against tough opponents, every player on the roster has played and contributed. Trey Mourning, who hadn’t scored in his career until the Duke game, played 14 minutes on Sunday and looked like he belonged. If Mourning continues to get playing time, the Hoyas have three interchangeable centers, when in recent years, they only had one. John Thompson III has been able to play about ten players regularly this season. That alone compares favorably not only against past Georgetown teams, but against most other top teams in the country. Many would also forget that Tre Campbell has hardly played this season due to injury and that Paul White has still not clocked a minute of court time. If either of those two return soon, the Hoyas will have talented guards to go with an army of frontcourt threats.

With few contributors or scorers, it is common for a bad game from one or two players to lead to a loss. Now, if a player has an off night, the team will take his place by committee.

Bradley Hayes and Reggie Cameron are no longer non-factors. The team isn’t shorthanded at any position. Copeland is looking more like Otto Porter every day. The Hoyas may be 1-3, but they have more potential than any Georgetown team in recent memory.