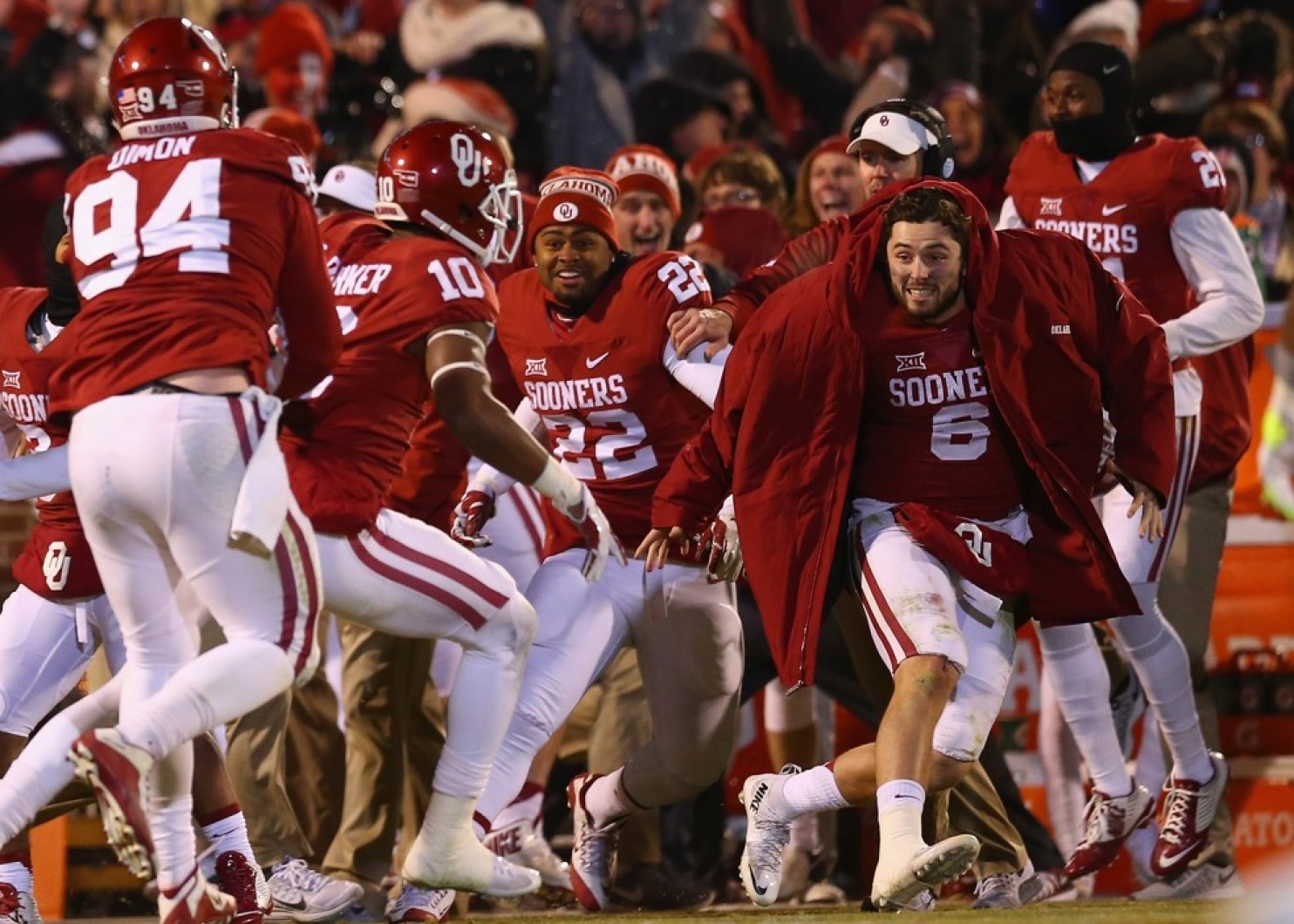 Congratulations, sports fans. You did it. You spent your summer watching training camp footage on Sports Center because of ESPN’s odd desire to force feed the NFL down our throats. You awoke one morning to find that same faceless corporation shut down Grantland, cutting down on the amount of intelligent sports commentary you could find in an age where people seem to think gifs will earn them Pulitzers.

You made it through all this, and now it’s time to collect your prize: the best time period in all of sports. The 6 weeks between Thanksgiving and the BCS National Championship in early January are without a doubt the most fun time period for American sports fans. During these weeks, let’s call it “Greater December,” just about every major sport in the country (sorry baseball fans) plays, and the games they play are some of the most relevant and fun of the season. This year, more than previous ones, offers some of the best games out there for those of us content to sit on the couch all day and watch marathon- length streams of grown men running around in real time on our TV screens.

During this time, NCAA basketball transitions from its pre- conference play featuring one- sided matchups between powerhouses and nobodies to relevant, important games and eventual conference play. While the various preseason tournaments have certainly provided us with some very good games, they will only get better as the competition begins to get better for most teams. In the coming weeks, look for games like Duke- Indiana, Maryland- North Carolina, and Georgetown- Syracuse to show just how great this sport is.

In the professional sphere, the NBA also offers some great viewing experiences for fans of the game. At 16-0, every game that Golden State plays in is relevant, since history will be made by either extending the unbeaten start, or by a team eventually ending the Warriors’ run. Also, Christmas day always offers an opportunity for great NBA basketball, with five different games to allow for all day viewing. This year’s lineup includes a Cavaliers- Warriors game that serves as a rematch of last year’s Finals series and a Clippers- Lakers game that will prove who runs Los Angeles.

Although most sports media outlets (this one included), would have you believe otherwise, the National Hockey League does in fact exist, and is in the middle of its season right now. One day that is always on every hockey fan’s mind is New Year’s Day, when the WInter Classic is held. Every year, fans brave the cold of January to pack into outdoor stadiums and watch their favorite teams play outdoors in a homage to the sport’s pond origins. This year’s game, which will be held at Gillette Stadium, features two original six teams that also happen to be two of the best teams in the league. With Carey Price and Tuukka Rask in net for the two teams, we’re guaranteed to see an old- time defensive minded hockey game. Given that the two teams play on Rivalry Night on December 9th, we can only hope that they’ve built up some bad blood by the time they hit the ice in 2016.

Fans of the NFL also have plenty to look forward to in this time period. By the time you read this, the all-day football fest that is Thanksgiving will have already past, but there is little left to be said about the day, in which the pigskin has practically replaced the pilgrims in terms of importance for the holiday. The fun doesn’t end on Thursday, however, as the games played in this month will have serious implications as to which teams make the playoffs. The Panthers and Patriots both stand undefeated, and while their presence in the postseason is all but a given, they both have large targets on their backs and there is no doubt that every game they play will be important given their quest for perfection. There will certainly be plenty of divisional races, especially given the abysmal AFC South and NFC East, in which even the most mediocre of records put teams in the running. The NFC North will also be an important group to watch, with the Packers only ½ game behind the Vikings.

While all of the leagues above certainly have much to offer, the Greater December period really belongs to college football; the rest of the sports simply serve as appetizers to the main course that is the rivalry games, bowl games, playoff games, and eventual championship game in NCAA Football. Where to begin? Rivalry Saturday offers the best weekend of college football of the year. Every matchup includes teams that both hate each other and are trying to make their case for positions in different bowl games and playoff situations. Iowa- Nebraska, Notre Dame- Stanford, Michigan- Ohio State, and Oklahoma- Oklahoma St. are all games played this weekend that feature longtime rivals and have serious playoff implications.

After this weekend, fans are graced with a series of conference championship games play the best of the best against each other. All of this is done to determine who gets to play in which bowl, with the top 4 teams getting to play in a playoff for the championship. The NCAA’s postseason selection method may be unpredictable, erratic, and maybe even irrational, but it certainly makes for great, dramatic viewing. Once these games are set, the second half of December is spent watching bowl after bowl, in which teams from all across the land play in games sponsored by companies I’ve never heard of. For about three weeks, there isn’t a Thursday, Friday, or Saturday that goes by without a great college football game.

All of this bowl madness is capped off on New Year’s Day, where the best teams in the nation square off in the oldest and most important games of college football all year. All day long, you can find me sitting on the couch, eyes glued to these games. With the now two seasons old playoff set up, these games matter even more, and the whole season is capped off a week later when the 2016 BCS National Champion will be crowned, certainly with extra controversy.

The life of a sports fan can be hard (especially if you root for Philly teams). Between your team’s long losing streaks and a constant flow of jibberish from the talking heads on TV, you put up with a lot. Well, these next few weeks are for you. Plop down on the couch, and put your feet up. You’ll enjoy it and you certainly won’t be disappointed.