Free in DC: Part I

DC becomes a ghost town on the weekends, where one can walk for blocks and blocks in its concrete jungle and only pass a few families of confused tourists looking for the Mall and pregnant yuppie couples on their way to brunch. But amongst the lonely buildings waiting for their high-powered employees to flood in and work/eat/exercise their hearts out during the weekdays, little adventures free of charge lie awaiting for us broke college kids to enjoy. And so, I have the privilege of welcoming you to Halftime’s newest leisure series: Kath’s Free Adventures in DC (or nearly so). My goal is to flee the Hilltop and branch out beyond the Smithsonian and the Mall to find fun things to do without spending a cent. And perhaps one day you can all join me, but for now I have to convince you why. Here’s what happened on my first adventure to Artisphere in Arlington.

With a vague idea of where I was headed, I emerged from the Rosslyn metro stop, took a left, a right down 19th street and a right on Kent, where I stumbled upon an artificial, uber-landscaped sloping staircase called “Freedom Park”. At the base I found a meager exhibit on the Berlin Wall that I couldn’t make much sense of. Some plaques with anti-communist sentiment describing the timeline of the event stood alone next to a fenced-off alcove with a few pictures. I was surprised, a bit confused, and decided to pass it and climb the stairs.

The “park” meandered around the building and gained height, so by the last turn I could see to my left the Washington Monument and the Lincoln and Jefferson on the banks of the Potomac, with Roosevelt Island in the foreground. After the muggy weather of this week and the awful storms the blue skies and pleasant air made the scene much more magical.

To my right was a spherical structure, which happened to be at the spot the map said Artisphere should have been. But there were no doors, and the further I walked up the place continued to be deserted and somewhat creepy. So I turned around and decided to examine the sphere from the street level, and sure enough once I’d left Freedom Park and rounded the corner I found the front entrance to Artisphere. Artisphere is a place dedicated to bringing people in the DC area closer to local artists across many genres; their programming spans the visual arts, dance, music, theater and other performing arts. I went in with the intention of checking out the work of Gina Matchitt, Artisphere’s artist in residence from New Zealand. She works in a studio on the first floor during strange hours, making bags and other things out of strips of photographs she has taken of tourists. Of course, when I entered I found that the artist was not in, which was a bummer, but I was encouraged to check out the rest of the building. All for free.

I ascended the escalator and another grandiose modern staircase, past a piano, a pile of double-body-sized bean bags, a bar, and some bay windows that looked out on the newsreel passing on the building across the street. Once at the top I found a few exhibits put on by artists trying to sell their stuff. The first I found was in the “in progress” section: The artist, Artemis Herber, is doing a series called “No Man’s Land”, painting unconventional landscapes on swaths of ripped cardboard. At first glance the only way I could figure out what was “in progress” and what was not was by the trashbags and taped off section of floor in the corner. The one I liked most looked like Giant’s Causeway in Ireland, and although the others made less sense to me I liked the artists’ use of color and texture. The most expensive piece has an $8000 price tag, the least costs $800, in case you wanted some cardboard art in your life.

On venturing into another part of the building, I found a deserted hallway of administrative buildings with tv screens hanging from the walls; this was free exhibit #2, a video expose done by an Italian artist who documented the DC metro system. There were four screens in total, with videos taken from inside elevators, on escalators, by the train platforms and on the floors of the train cars themselves. It is supposed to highlight the beauty of the ordinary. I didn’t quite get that one either.

The building was scarcely populated, but I was convinced to go back some other time. Before I left I decided to lounge on one of the body bean bag chairs for a few minutes, during which I saw this comical blurb go across the newsreel across “Flyer escorted off plane after third declining seat fight in a week”. I forced myself to get up so that I wouldn’t sink too far in the chair. I was back on campus in 20 minutes, by foot.

So friends, there you have Kath’s first free adventure in DC. Stay tuned for other fun adventures in weeks to come! 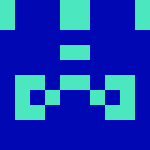 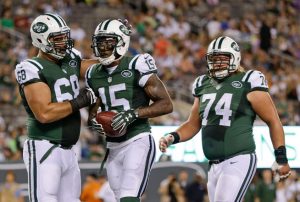