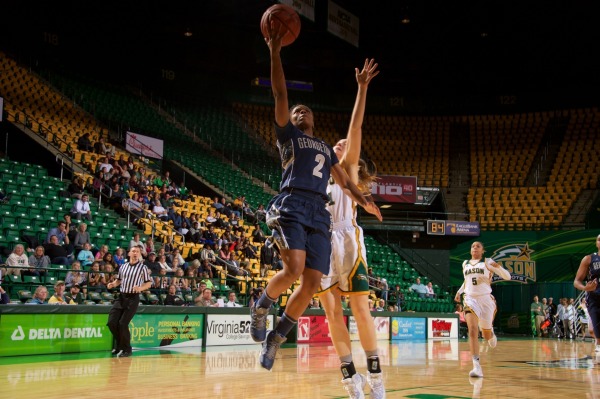 The Georgetown women’s basketball team (5-2, 0-0 Big East) will host the University of Delaware Blue Hens (4-3, 0-0 CAA) tonight at 7:00pm in the McDonough Arena. This is the second home game of the season for the Hoyas, and the first after a stint of five games on the road, in which the team went 3-2.

The Blue and Gray have been a force to be reckoned with offensively this year, and hope to continue this trend against a similarly high-powered Blue Hen offense. Georgetown freshman guard Dionna White has been a breakout star for the Hoyas this season, as she was just named to the Big East Weekly Honor Roll after averaging an impressive 19.5 points, 5.5 rebounds, and 3.0 assists per game this week.

“That’s who [White] is,” Georgetown Head Coach Natasha Adair said. “People don’t understand that she can really guard too. Defense is her thing. But as a freshman, to have a player that is so versatile, such a hybrid type of player, is so important. She’s just a fearless competitor.”

White and the Georgetown defense will have to be air-tight when the Blue Hens enter the arena tonight. Delaware junior forward Hannah Jardine is coming off a career night as she put up 31 points against George Mason on Monday night. Despite the performance from Jardine, who went 5 of 12 from three-point range and hit a clutch three to send the game into overtime at 66-66, George Mason outlasted Delaware to seal a 90-83 victory in double overtime.

Jardine, a former member of the U-16 Canadian National team, is not the only offensive threat the Hoyas are concerned about. Junior guard Erika brown leads the team with 15.4 points per game, and Jardine is just behind her with 13.3 points per game. The Delaware squad has also seen impressive play from freshman forward Nicole Enabosi, who leads the team with 7.6 rebounds per game, and senior guard Courtni Green who has eight three-pointers on the season, which is tied for second on the team with Brown.

“We don’t want to give anyone open looks,” Adair commented. “Jardine doesn’t need much time, so we have to make sure we get there. But at the end of the day, there are other players like Brown and Green who are versatile on the perimeter.”

Both teams are expecting a tough fight, and as Thursday’s contest is just the second on the Hilltop this season for the Hoyas, Adair and her team are determined to win. 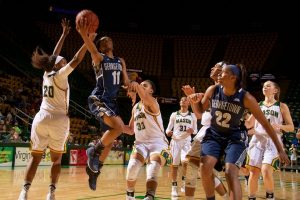 White-Out: Freshman White leads Hoyas to victory over Patriots in battle of the Georges 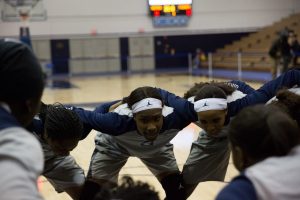 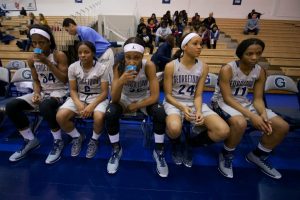