A come-from-behind road win at Butler on New Year’s Eve and a dominant home win over St. John’s has the Friars looking like the team to beat early on. All the worries that the Friars would be a one-man wrecking crew led by sophomore Kris Dunn have turned out to be false. The Big East Preseason Player of the Year and projected top-five selection in this year’s NBA Draft is complemented by sophomore forward Ben Bentil, who has drastically improved into the league’s leading scorer. And don’t forget sophomore forward Rodney Bullock, who had a career-high 25 points at Butler on 6-of-9 shooting from downtown.

The multi-faceted attack of the Wildcats took care of business both at home and on the road, picking up the first big Villanova win of the season along the way in a blowout victory against the Musketeers. ‘Nova’s two non-conference losses look just about as good as two losses can get, both coming to top-five teams in  No. 2 Oklahoma and No. 4 Virginia. Over the past four games, the offense has been cooking under junior guard Josh Hart (15.5 ppg) and the two senior captains, guard Ryan Arcidiacono (12.9 ppg) and forward Daniel Ochefu (10.4 ppg). The widely recruited freshman guard Jalen Brunson has not disappointed with 11.7 ppg, 3.0 apg, and a field goal percentage of 46.2. Ochefu has controlled the glass with 7.9 rpg, and has already notched five double-doubles so far on the season. Though the Wildcats might not match all the NBA-ready talent of Providence, with a veteran playmaker in Arcidiacono, an anchor down low in Ochefu, and a talented team offense, ‘Nova can still contend with the best of the best.

Xavier entered last week rated No. 1 in RPI following an undefeated performance in non-conference play.  Five Musketeer players, including junior forward Jalen Reynolds (10.1 ppg) and sophomore guard Trevon Blueitt (14.3 ppg), are averaging double-digit points thus far in the season.  In their first conference game, Xavier laid an egg on the road against Villanova, losing by a staggering 31 points.  But make no mistake, this is a team with the capability to dominate on any given night, as they showcased in a bounceback blowout over Butler just three days following their first loss of the season.

The Bulldogs were swiftly bounced 10 spots up to No. 19 in the AP Poll after opening Big East play with two losses. However, there’s no shame in losing to No. 10 Xavier and No. 8 Providence. Butler still tops the Big East in points-per-game, and when senior guard Kellen Dunham (14.9 ppg) returns to his usual form, the Bulldog offense will be a force to be reckoned with. Sophomore forward Kelan Martin and junior forward Andrew Chrabascz round out a dependable group of scorers with 14.4 and 11.9 ppg respectively, while senior forward Roosevelt Jones has done it all with 14.4 ppg, 7.4 rpg, 5.0 apg, and 1.5 spg. This Butler group is too simply too deep to be pushed aside. Look for the Bulldogs to bounce back big-time.

The Pirates are on a seven-game winning streak, sitting undefeated in the Big East, and find themselves in one of the best positions in recent program history. With an impressive 20-point win over Marquette, the Pirates have shown that they have what it takes to win games. However, they face their biggest challenge yet against Villanova, a game which will test whether the Pirates have been a fluke, or if they’re for real.

Following a non-conference roller-coaster that included near wins against Duke and Maryland, but also three nightmare losses to Radford, Monmouth, and UNC Asheville, the Hoyas finally settled down to open Big East play with two fairly comfortable wins, albeit against two squads in the lower half of the conference. Though Georgetown showed some flashes of possible late-game burnouts, Hoya fans have much to be happy with since the decision to swap sophomore guard L. J. Peak to the bench for his fellow sophomore guard Tre Campbell. From his new role as the sixth man, Peak has provided much-needed energy, shot better, and most importantly, avoided foul trouble. Star senior guard D’Vauntes Smith-Rivera has finally begun to show signs of his former self in conference play following a slow start to the season, working his way up to a tie for sixth in the Big East in scoring. Breakout senior center Bradley Hayes has defied all odds to fight for 9.5 ppg and 7.9 rpg in his first season as a starter, earning most-improved player-of-the-year talks along the way. Though Hayes has finally returned to Earth after starting out the season looking like the next star Georgetown big man, the Hoyas can breathe a sigh of relief with the assurance of a solid offensive presence down low with a dependable hook. If freshmen Marcus Derrickson, Kaleb Johnson, and Jessie Govan continue to improve, and the Hoyas continue to shoot well from the free-throw line, Georgetown could further distance themselves from the lowest rings of the Big East. But with four nationally ranked teams at the top of the conference, Georgetown’s best case scenario still sits them squarely in the middle of the conference table, tops.

15 games into their season, the Bluejays have left a lot of questions unanswered. With two close losses to unranked teams, and three losses to ranked ones, it is unclear just how the next two months of conference play will bode for this team. Creighton’s defensive struggles have plagued them thus far, and they are still questionable at the guard position. However, wins against Georgetown and Seton Hall could set them straight.

Head Coach Steve Wojciechowski said it best after the Golden Eagles’ loss Saturday to Georgetown. After an early schedule loaded with cupcakes that didn’t significantly challenge the young squad, Marquette has not yet come to realize that they’re playing in one of the nation’s toughest conferences. Highly-touted freshman forward Henry Ellenson has struggled in league play after a dominant non-conference stretch. The 6-10 forward is only a combined 7-of-29 from the floor in league play.

There’s only so much that new coach Chris Mullin can do to keep a young St. John’s team competitive in one of America’s toughest conferences.  Turnovers are plaguing the Red Storm, as they commit 14.5 per game as opposed to just 12.3 assists per game.  Poor shot selection, a natural product of youth, doomed the team in their Big East opener against Creighton.  Things didn’t get any easier for New York’s favorite team as they had their hands full with future NBA lottery pick Kris Dunn and his Providence running mates.  Barring some kind of miracle, it will be a long two months of conference play for St. John’s. 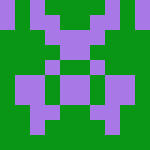 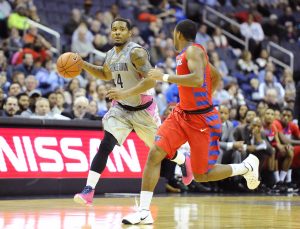