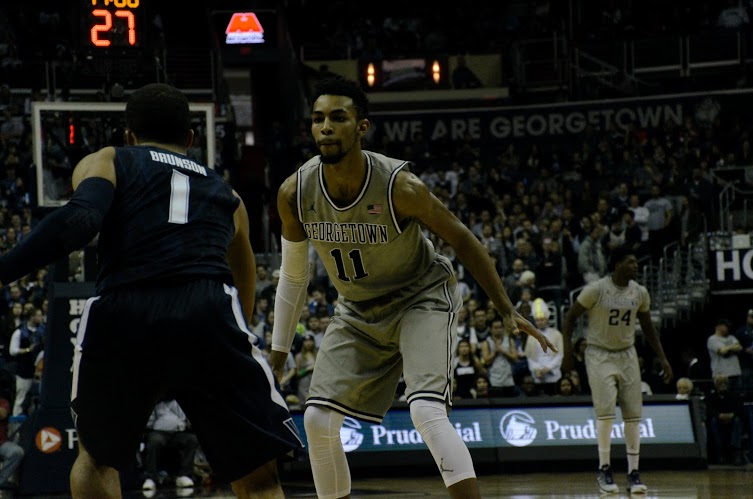 The Georgetown men’s basketball team (11-7, 4-2 Big East) will take on its second straight top-ten ranked team when the Hoyas travel to Cincinnati to face the No. 5 Xavier Musketeers (16-1, 4-1 Big East) on Tuesday. Tip-off is scheduled for 8:30 p.m., with the television broadcast on Fox Sports 1.

The Hoyas are coming off a five-point loss to rival No. 4 Villanova (16-2, 6-0 Big East) at Verizon Center, in a very sloppy game for both teams. The Hoyas shot only 33 percent from the field on Saturday, and their big men especially struggled, with centers Bradley Hayes and Jessie Govan scoring a combined seven points.

Senior guard D’Vauntes Smith-Rivera led the Hoyas with 15 points. Junior forward Reggie Cameron and sophomore forward Isaac Copeland also scored double digits, with 10 and 11 points respectively. Georgetown’s defensive switch to a 2-3 zone proved effective in the second half, as Villanova’s 55 points on the day was the lowest total the Wildcats have scored all year.

“It was effective… We kind of got back in [the game] when we did that,” said Georgetown Head Coach John Thompson III about the defensive switch.

Georgetown has no time to brood over the loss, as Xavier offers a multi-threat team of its own, including sophomore guard Trevon Bluiett, who averages 15.3 points per game, and freshman guard Edmond Sumner, who averages 11.3 points per game. The Musketeers are coming off a 74-66 win over Marquette (12-6, 2-4 Big East) that featured three players with 15 points or more: Bluiett, Sumner, and senior forward James Farr.

Tuesday’s game is part of a tough stretch for the Hoyas which includes three ranked opponents over the next two weeks, and seven more ranked opponents over the rest of the season. The Hoyas have lost three games to top-10 teams this season, all by five points or less, a trend Georgetown will look to end on Tuesday. As the season reaches the halfway point, Georgetown’s tournament prospects look more and more fleeting, and the Hoyas will need to secure wins over multiple ranked teams in order to strengthen their chances. 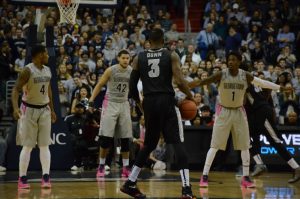 Ben There Dunn That: Bentil and Dunn combine for 52 to lead No. 10 Providence past Hoyas 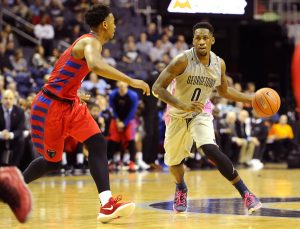 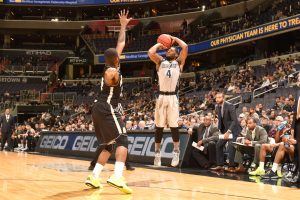