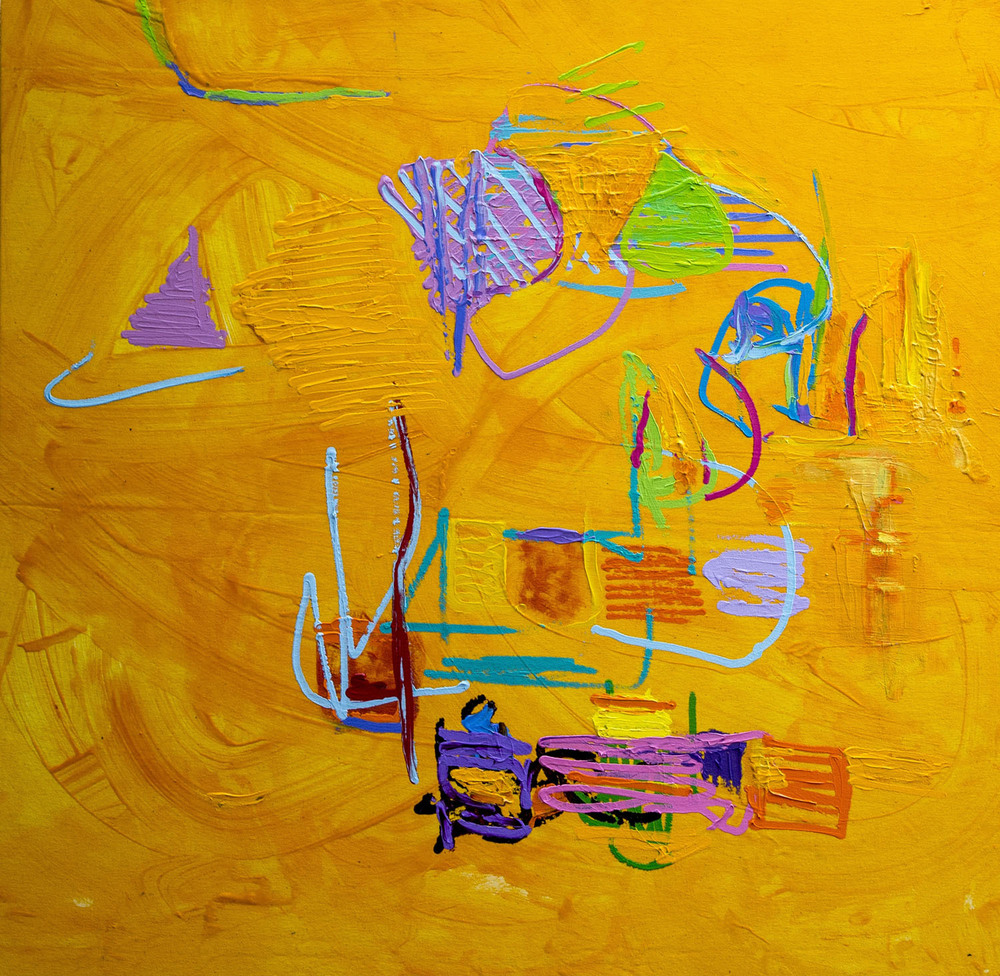 Striking, captivating, and distinctive. These are the words that come to mind when viewing the latest exhibit at the Touchstone Gallery by two visiting guest artists, appropriately titled “Artwork by John Blee and Dee Levinson.” Each artists’ style is distinct from the other, providing the viewer with an amalgamation of the introspective, abstract paintings by Blee along with Levinson’s inspirational, statuesque figures portrayed in paint. Both Blee and Levinson were at Gallery the opening night of their show, taking place on February 5th. The two provided some insight into the creative process behind their paintings.

All of Blee’s featured paintings are titled by some derivative of the word “Orchard;” although one would be hard pressed to find the semblance of a tree or a piece of fruit in his abstract paintings, which are defined by their texture, bright color fields, and visible brush strokes. Blee stated that the orchard theme was representative of “personal growth and progress,” as orchards symbolize “the transformation from seed to tree to flower to fruit.”

“Nick’s Orchard,” one of largest of Blee’s paintings on display, drew the attention of nearly every person that stepped into the gallery. The piece was initially striking because of the bright orange, pink, and yellow, boxy color fields which punctuated the washed base of turquoise, greens, and blues. The segmented quality to “Nick’s Orchard” was reminiscent of a patchwork quilt or an aerial view of an agricultural field, or of light shining through windows at night. While Blee insisted that there was nothing symbolic about these bright color fields, perhaps the windows metaphor is not uncalled for, as the work provides clear insight into the inspiration behind Bliss’ style. When I inquired about the meaning behind these bright color fields, he recounted his childhood in India, where he was first inspired by miniature, colorful Indian figurines. His paintings reflect these memories of India, and its rough style is intriguingly childlike.

Indeed, Bliss liberally utilizes texture, giving his paintings an almost 3D effect. Giant globs of paint draw the eye to certain points of the painting, whereas other places on the canvas are covered by only the lightest, most transparent of washes.

Blee’s paintings seem to draw the viewer closer, as one tries to find meaning in the soft lines and abstract. By stark contrast, Levinson’s paintings depict stately figures of mythical characters and nobles, whose eyes seem to look over the head of the viewers, and whose stances intimidate, suggesting their position of superiority. Levinson’s paintings all utilize double split complements, which is when two contrasting colors are placed together, only adding to their stateliness. 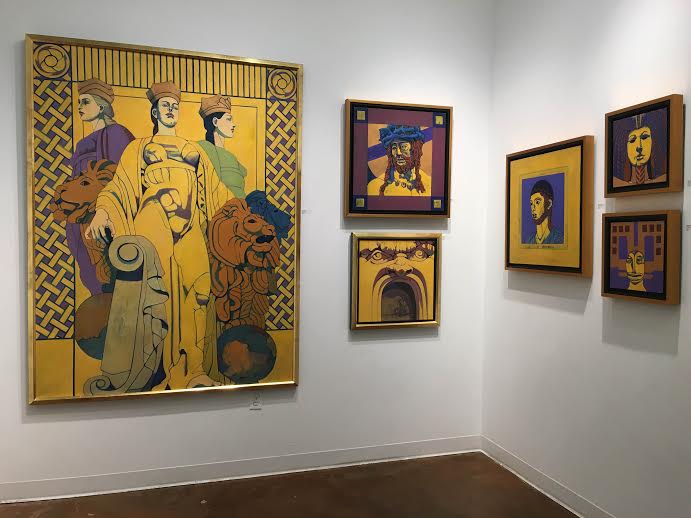 Levinson’s painting “Las Reinas Tres” depicts three crowned female figures, each armored and cloaked in billowing fabric. At their feet sit three lions and two globes, as if to drive the point across that these women tower above us. This piece of artwork was based off a statue Levinson photographed in Spain. Levinson said most of her pieces are based off of statues she photographed while abroad. This explains why it is difficult to nail down the period that Levinson’s collection is based on; her paintings are based on statues from various eras and cultures, the subjects of which range from the Virgin Mary to Buddha and from Greek gods to Victorian women.

John Blee and Dee Levinson’s paintings are aesthetically pleasing to the eye, making them accessible even to those with no knowledge of art. Though some may say that the paintings come off as slightly esoteric, needing to be interpreted and examined for meaning. The artists who created them both assert that the paintings are visual representations of their own experiences. I would encourage any art lover who attends the Touchstone Gallery not to attempt to find the artist’s intended meaning behind each painting, but rather to see each painting for it’s visual beauty and to find personal meaning within each.
This collection will be on display at the Touchstone Gallery, located at 901 New York Ave NW, Washington, DC 20001, till February 28th. 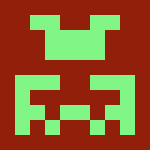 John is a great artist and this is some of his best work.