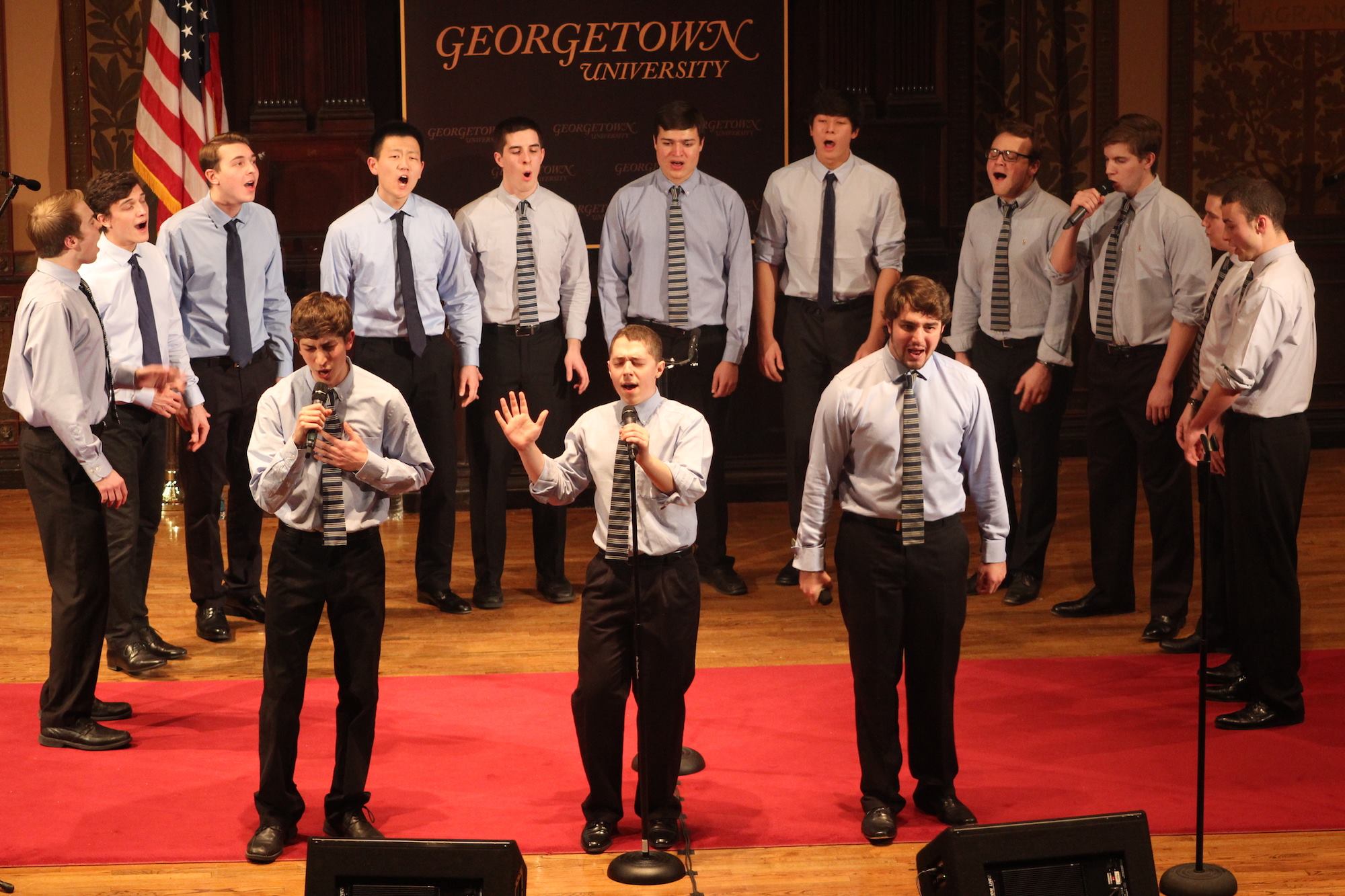 On Friday, the Georgetown Chimes continued their three-weekend a cappella festival called the Cherry Tree Massacre, one of the biggest college a cappella festivals in the country.  The concept of a four-part concert series was first suggested by John O’Grady in 1974 when he was still a neophyte in the Chimes. On Friday the Chimes hosted fellow Georgetown a cappella groups The Saxatones, Superfood, and Capitol G’s (Note: Capitol G’s members Daniel Varghese and Chris Castano are Voice staffers), along with a little help from the Richmond Sirens.

Starting off as only one performance with just groups from around the D.C. area, Cherry Tree Massacre has grown to include four shows every year with other universities from all along the east coast such as Tufts, UNC, Princeton, UVA, and Yale.  On Friday, the festival had a last-minute dropout from GW, leaving an extra slot open for the show. In the midst of scrambling to find a replacement, Connor Joseph, Chimes’ current Ephus (president), said, “What really strikes me is the amount of groups that really wanted to come to Cherry Tree.”  Joseph says that Cherry Tree is the perfect way to gauge the “cream of the crop” at other schools and to further build the social network between the a cappella groups of different universities.  Students from each university end up befriending each other throughout their four years participating in Cherry Tree. Joseph shares, “The students coming from UVA next weekend…some of them I’ve known since my sophomore, even freshman year.  It’s almost like a homecoming for those coming back.”

Cherry Tree Massacre’s final show takes place on February 27th and is particularly special for the Chimes because it is the Alumni Show.  Chimes alumni from all over the country fly in to come together again at Georgetown.  The number of alumni since the group’s origin in 1946 totals around seventy men.  According to Joseph, the return of Chimes alumni “is a great way to get together and see how the active group is doing, see how they sound and maybe make a few snide remarks about how ‘when I was at Georgetown, we didn’t sing that.’”  After the show, current Chimes members and alumni come together to sing on stage.

There is an immense amount of work that goes into planning the event.  According to Joseph, “When it actually happens, when groups show up from different schools, you think it’s a miracle.”  On Friday, the Georgetown Saxatones and Superfood both impressed with an amazing range and diversity of vocals.  The Richmond Sirens made up for what they lacked in stage presence with gorgeous voices that told the truth of their name.  The Georgetown Capitol G’s brought an energy and humor that seemed to engage audience members better than any other group.  The Chimes made audience members burst into laughter during their traditional skit with current Georgetown and pop-culture references.  They also dazzled the audience with their traditional singing style, and performed a praiseworthy rendition of Red Hot Chili Peppers’ “Under the Bridge” by which the band itself would have been impressed.

In regards to the future of the Cherry Tree Massacre, Joseph responds, “This year we’ve really built up our multimedia presence…I think in the future, too, we are going to have a few different events that will coincide with Cherry Tree.  So maybe, there is a little thing at Bulldog Tavern with specials and then everyone goes to the show.”  During this year’s festival, both the D.C. Alumni Group and local high schools attended, so the Chimes also plan to bring in more groups to attend Cherry Tree Massacre.  Without a doubt, the Cherry Tree Massacre will continue to successfully bring different collegiate a cappella groups and past alumni together to celebrate a tradition that has maintained relevance throughout its time at Georgetown. 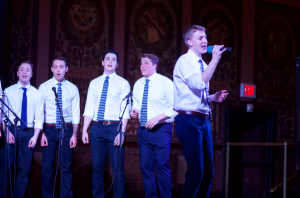