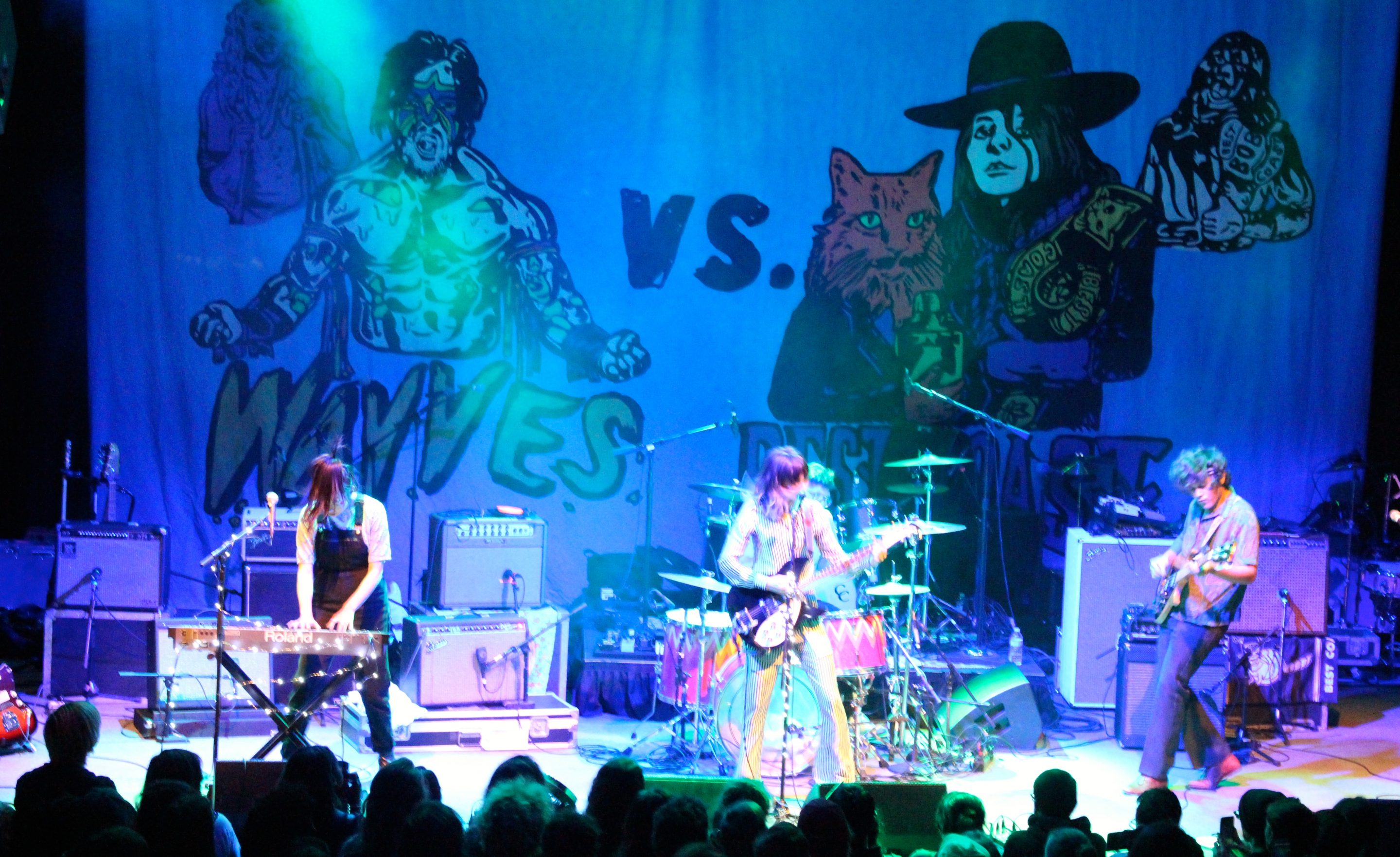 It was fitting that last Tuesday, February 15, was the warmest day in weeks as California-based bands Wavves and Best Coast came to the 9:30 Club on their Summer Is Forever II tour. As the name of the tour suggests, this is the second time that Wavves and Best Coast have travelled the country as uncommon co-headliners. To represent this unique touring relationship, a giant banner hung behind the stage, depicting a faux wrestling matchup of Wavves vs. Best Coast, with the latter having the championship belt.

The reigning champion was the first of the two headliners to take the stage. Immediately, lead singer and guitarist Bethany Cosentino stood out from the rest of the band, her white outfit sharply contrasting with the black of her bandmates. Throughout Best Coast’s set Cosentino’s stage presence was commanding; even guitarist Bobb Bruno’s wailing solos had to fight to grab the audience’s attention. 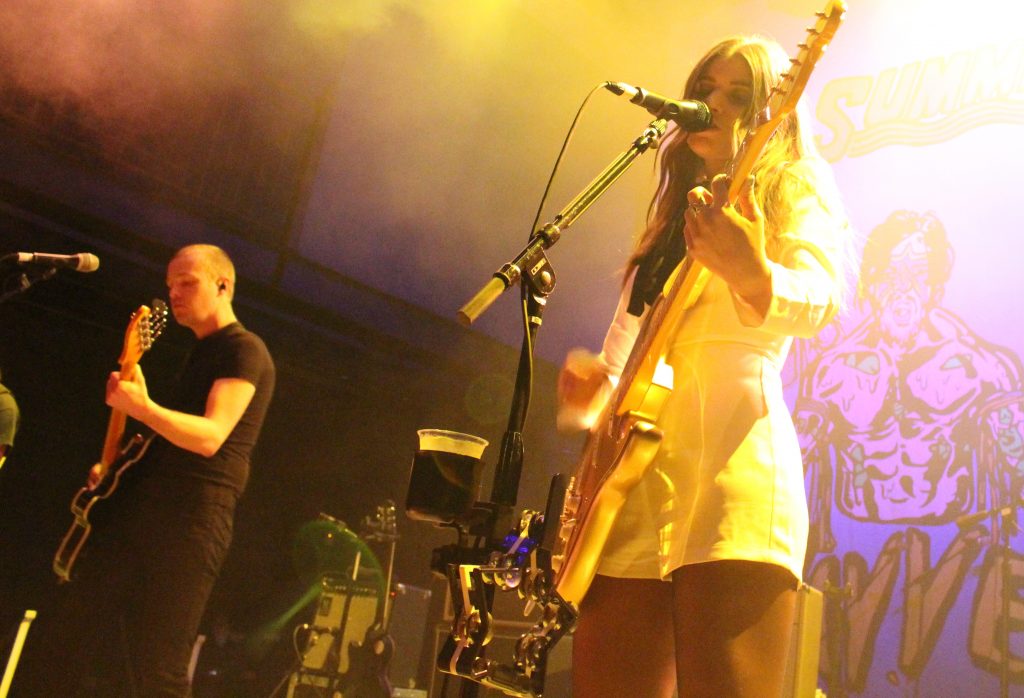 Though musically the whole set was solid, the band started off seeming tense. Audience interactions were curt and awkward, and breaks in between songs felt uncomfortable. Eventually, Best Coast seemed to loosen up, marked by Cosentino’s funny (but serious) endorsement of Bernie Sanders before hopping off stage to get right in the audience’s face during “Boyfriend.”

Wavves picked up right where Best Coast had left off. Their energy levels started high and only got higher as the set went on. Lead singer Nathan Williams’s Slayer t-shirt was fitting, as he never stopped screaming into the mic. Bassist Stephen Pope brought just as much enthusiasm to the set, constantly waving his long hair and jumping back and forth. At one point, the band brought out bags of alien-shaped balloons and threw them out into the audience.

Musically, Wavves was just as good. Their loud, fast, LA punk sound had fans bouncing up and down, and the 9:30 staff was kept busying dealing with all the crowd surfers. At the same time, songs like “Green Eyes” and “Dog” showed that the band could add a delicate touch to all the energy. 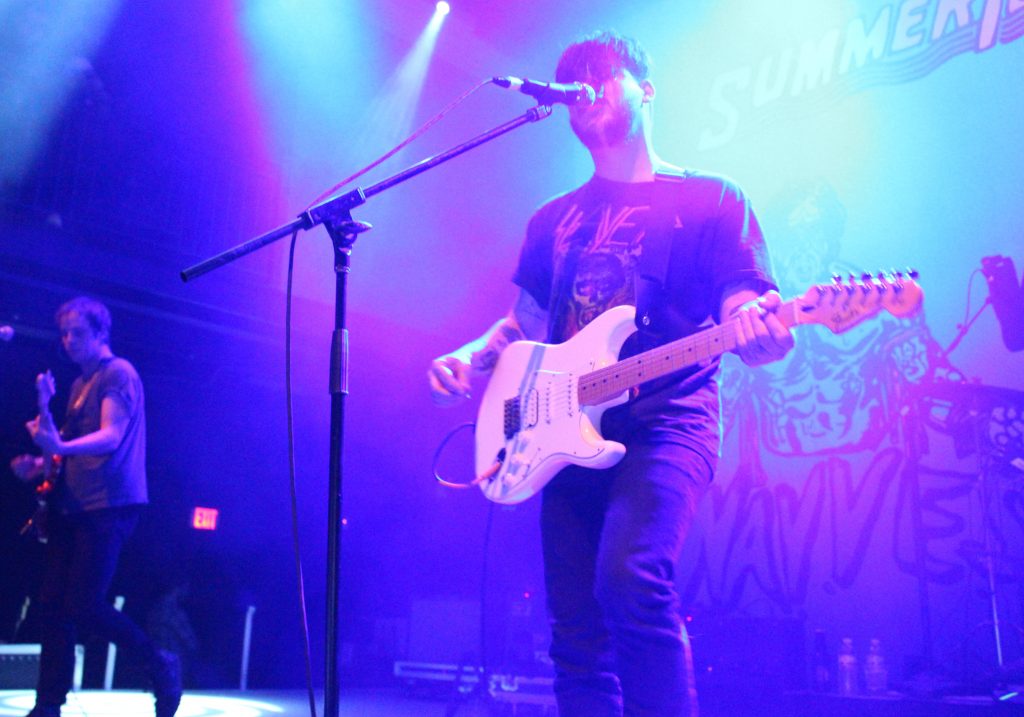 As much as the two headliners left the audience satisfied, the real highlight of the show came before either had taken the stage. The opening band, Cherry Glazerr, may not have received as much applause, but they were certainly the most impressive. With great vocal harmonies, smooth basslines, and perfectly balanced use of a synthesizer, Cherry Glazerr was just as musically talented as their better known counterparts. Additionally, their set was a lot of fun. Their self-described “food rock” included songs like “Grilled Cheese,” which were funny and entertaining while still holding up as great songs.

The band’s performance left audience members impressed, with many mentioning how good they were after the show. This combination of an exciting new opener and two established bands made for an overall fantastic show, and brought a little bit of California summer to the cold, DC winter.