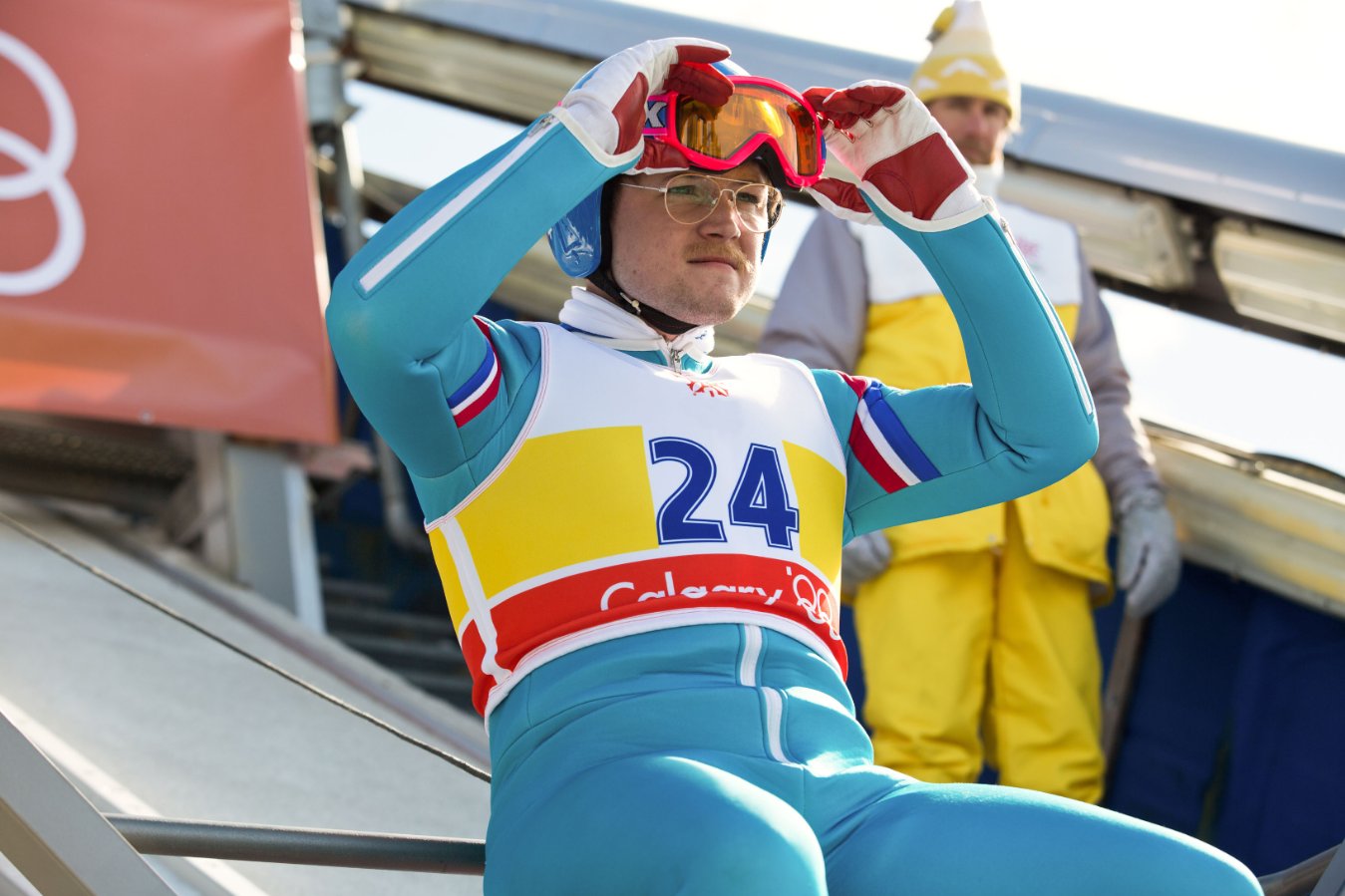 The Winter Olympics probably don’t receive the credit they deserve. Sure, it’s fun to get fired up about Shaun White, but how often do our nation’s children huddle around the television for Two Man Luge?

“Hurry home, honey, curling is on!” 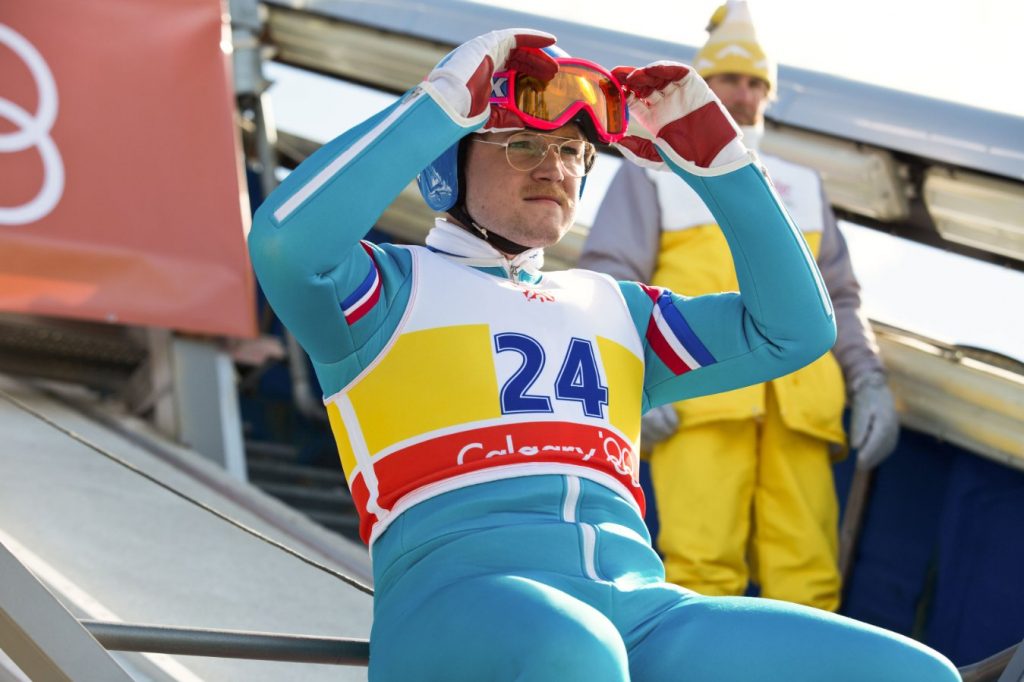 Nonetheless, the Winter Games are a fascinating tradition where the world’s best athletes compete at the highest level. But in the late 1980s, one of arguably the world’s worst athletes found his way to the world stage. In 1988, Eddie “the Eagle” Williams became the first ski jumper to represent Great Britain in the Olympics, doing so in Calgary, despite having very little professional experience. Taron Egerton brings a compelling performance of Williams’ olympic adventure to the screen in Dexter Fletcher’s Eddie the Eagle.

Blessed with the physique of a hypoglycemic squirrel, Eddie Williams sought glory on the athletic field his whole life. Despite not possessing any knowledge of the sport whatsoever, he abruptly decided to become a ski jumper. The shots of Egerton crashing into the snow help separate the film from your typical underdog sports flick. If Rudy doesn’t score a touchdown he still gets to go to Notre Dame, but if young Eddie sneezes mid-jump, there’s a very good chance he’ll end up dead. And you’re not going to want Eddie to leave this world just yet, as be begins the film with quite a bit to prove. He really doesn’t have any friends beyond his mother (Jo Hartley), who is torn between telling her son to grow up and letting him leave the nest to go his own way. Keith Allen phones in a pretty average performance as the angry, disappointed father who wants his son to quit messing around and get a real job. Allen’s isn’t a central character in the film, but he might draw a few laughs here and there.

This brings us to Hugh Jackman. What are you doing in this movie, Hugh Jackman? He plays Bronson Peary, Williams’ fictional coach and a washed-up former Olympian who never possessed the discipline to truly be great. The storyline pokes a great deal of fun at Peary’s alcoholism. While I wasn’t keeping an official count, it appears to be the most recurring joke of the film. There’s nothing necessarily wrong with making light of a dark situation, but this portion of Sean Macaulay and Simon Kelton’s script comes off as crass and, more importantly, not very funny. Jackman’s character serves as a source of motivation for Eddie, but he struggles to stay on message throughout the film. He warns Eddie about looking like a fool in front of millions of people, but eventually shrugs off his own advice and becomes Williams’ de facto brand manager, declaring, “If you’re not yelling it, you’re not selling it!” Perhaps there wasn’t enough in the budget to cast two actors to portray William’s real-life coaches John Viscome and Chuck Berghorn. Jackman’s portrayal of the fictional Peary falls short of its potential. Given the sub-zero setting, a cameo from Wolverine would have been more fitting, and likely more entertaining.

Despite my qualms about Jackman (who admittedly has his moments), this is still a film worth seeing. Yes, you’ll find a couple of stereotypical underdog essentials like the ever-refreshing “You Make My Dreams” training montage, but there is something charming about Eddie the Eagle. This mainly centers on Egerton’s performance. Quite simply, Eddie is a loser. He’s never had the chance to really excel at anything. But Egerton doesn’t just have you feeling bad for Eddie. He adds a layer of humor to veil the social awkwardness of his character, which helps the audience come to actually like him in a way similar to Rainn Wilson’s portrayal of Dwight in The Office. You won’t feel bad about laughing at Eddie because you genuinely like and admire him. He puts his life on the line for the chance to have a small taste of Olympic glory. Everyone secretly has spent a few minutes — and likely more than that — fantasizing about going to the Olympics. Eddie took the leap.  Egerton ensures that it’s worth it for us to follow him up the mountain. 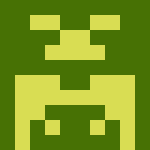 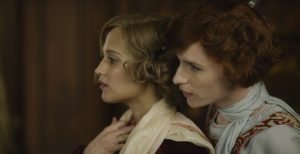 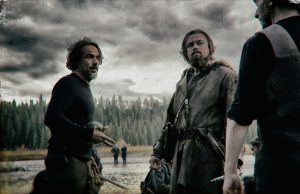 Grin and Bear It: The Revenant is a Tour-De-Force For Its Director and Actors