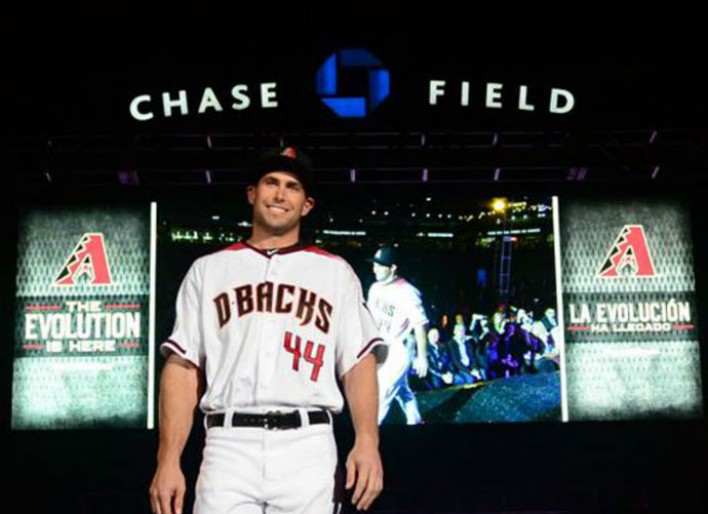 On Tuesday, the New York Mets announced that, for every Sunday home game this season, they will wear 1986 throwback uniforms. Likewise, the Pittsburgh Pirates have announced that they will be wearing 1971 throwback uniforms for their Sunday home games. The San Diego Padres and Arizona Diamondbacks have unveiled new uniforms that they will wear for the duration of the season. In recent years, teams have seemed to have rising interest in throwback uniform styles—teams like the Baltimore Orioles and the Toronto Blue Jays have returned to old uniform trends, while other teams through the MLB have increasingly hosted “throwback uniform days.” It is my opinion that MLB uniforms are the most interesting ones of all the major sports leagues. What are some of the best and worst uniforms that have appeared throughout MLB history?

Although some teams are slowly bringing back retro-style uniforms, many of the best uniforms in MLB history are no longer around at all. The 1970’s were perhaps the Golden Era for baseball uniforms. In the early 1970’s, the Atlanta Braves adopted uniforms with a royal blue trim and a feather patch—this is the uniform that was worn when Hank Aaron shattered Babe Ruth’s home run record in 1974. Meanwhile, the Milwaukee Brewers sported pinstripe uniforms, and their ball-in-glove logo remains perhaps the best logo in MLB history. The Montreal Expos and Houston Astros also donned some of the era’s best uniforms. Around this time, the Los Angeles Dodgers and St. Louis Cardinals came up with their trademark uniforms that they continue to wear to this day—it is widely believed that these two teams have the best uniforms in the present day, and both of them claim their origins in the early 1970’s. Some of the best uniforms are for those teams who have been around the longest—in addition to the Cardinals and Dodgers, the Boston Red Sox, Chicago Cubs, New York Mets, New York Yankees, and San Francisco Giants have classic uniforms that have had only little variation for many decades. The 1970’s Pirates “mustard gold” uniforms are among the most significant styles in baseball history, and the 1956 Cincinnati Reds uniforms—featuring “Mr. Redlegs”—makes its case as one of history’s best.

In the 1990’s, teams like the Arizona Diamondbacks, Florida Marlins, and Colorado Rockies debuted with some of baseball’s best uniforms—however, all three abandoned their aesthetic originals in favor of less appealing uniforms which are now among the MLB’s worst. In 2012, in a complete makeover, the Miami Marlins introduced gaudy orange, blue, and yellow uniforms that are now considered among the league’s worst. This is a stark contrast with the turquoise Marlins uniforms of the early 1990’s. The late 1990’s, however, saw its fair share of ugly uniforms across the MLB. The Anaheim Angels had their famous winged logo for only four years in the late 1990’s, and the Houston Astros had a bland gray and gold color scheme (in contrast with its previously rainbow-like uniforms). From 1998-2000, the Tampa Bay Devil Rays sported jerseys that were a terrible mixture of rainbow shadings and poor font style. Fairly recently, from 2004-2007, the Toronto Blue Jays had uniforms defined by gray and black—thankfully, they have returned to their old classic look. In the National League, there are plenty of current teams who have, or have very recently had, boring uniforms—the Colorado Rockies and Milwaukee Brewers retain the most bland jerseys in the present day, and recently, the Cincinnati Reds (1999-2006), San Diego Padres (until this upcoming season), and Washington Nationals (2005-2008) have disappointed.

There are so many uniform variations that have been made throughout the history of Major League Baseball; uniforms and logos will certainly continue to evolve. More and more teams are considering changes—this season, all of the Spring Training uniforms are different. It seems as though many teams are experimenting with retro looks, although teams like the Diamondbacks are also experimenting with more futuristic looks. It will be interesting to see whether teams follow suit, or continue down the path of more classic, nostalgic looks. 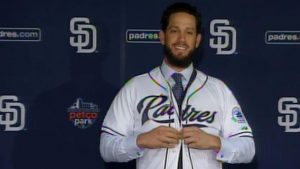 The Pirates are wearing 79 throwbacks. They wore 71 the last couple seasons.

Uni-Watch.com said this was a terribly written article. They were right. This is a mess of misinformation.

Yeah, so much wrong here.