Even If There Are Donuts: Making the Most of Limited Time 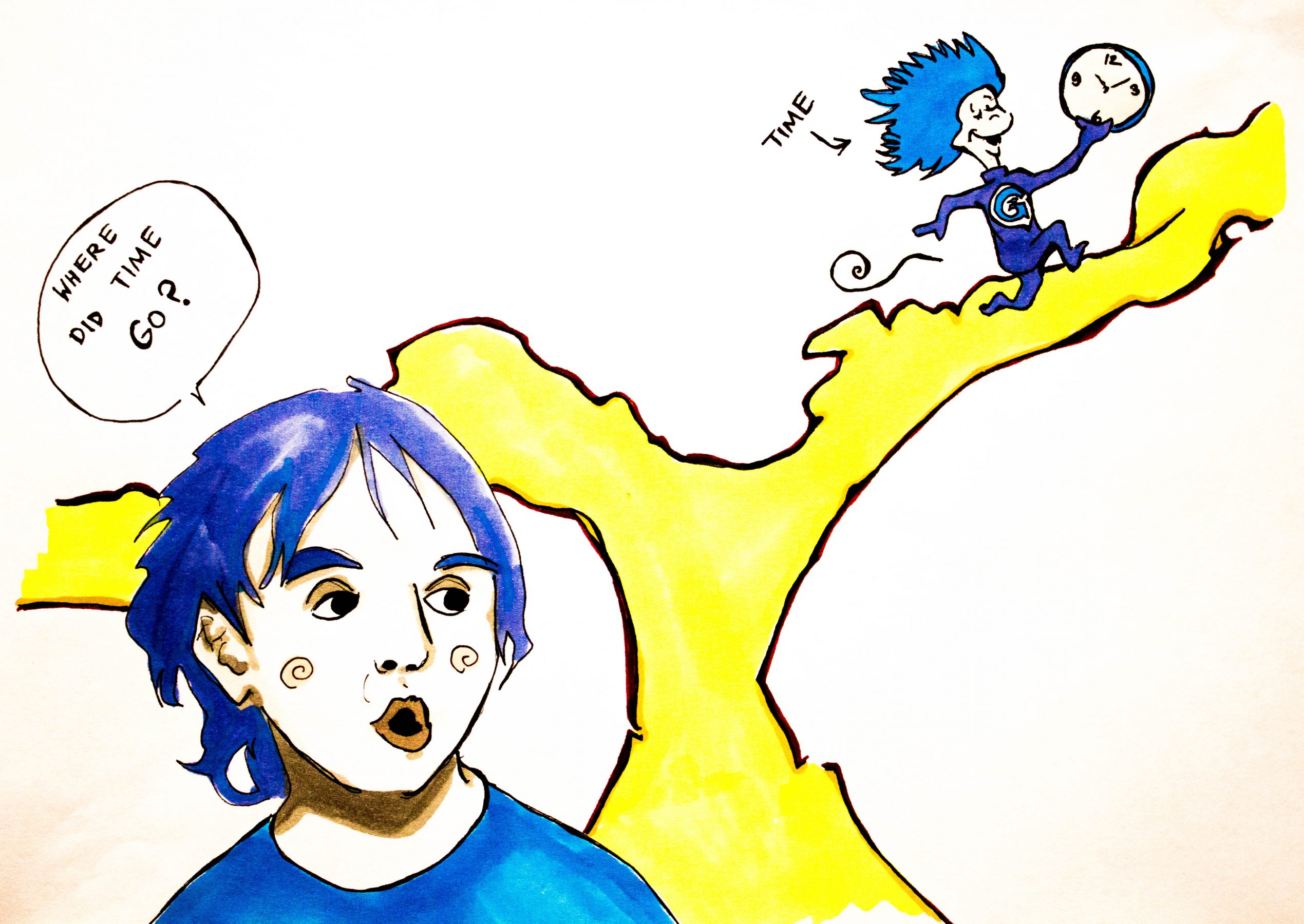 Time fascinates me. It has ever since I was old enough to count down the minutes left in obligatory Sunday church services, with this enamorment even earning me the nickname “Timex.” As it turns out, this was simply a friendly moniker masking anxiety and neurosis. Now, my fascination focuses less on escaping mass for the sake of consuming prodigious amounts of donuts, generously donated by parishioners more devout than I. Instead, I cannot help but think about the four years we spend here and the confounding ways in which they pass.

I do not intend to get philosophical—I am not True Detective’s Rust Cohle; I am not The Sound and the Fury’s Quentin Compson. After years of reading and discussing Faulkner, I still do not know what he is talking about for the most part, but it is suffice to say that embodying one of his characters sounds less than ideal. As for Mr. Cohle, I do not know if I could even find the substances one needs to take in order to exist as he does, let alone stomach them.

As a second-semester junior, I have been asked “How’s school?” approximately 37,826 times at this point—by friends and parents and others who might as well skip the empty formality. But, all jokes and genuine appreciation of people invested in my life aside, I never really know how to answer. On the rare occasions when I avoid routine, monosyllabic responses, I tend to talk about time, about how the college years simultaneously speed by and contain within them what feels like lifetimes. I vividly recall climbing far too many stairs moving into Harbin in sweltering heat, but apparently this occurred two and a half years ago. My roommates insist we have inhabited our cozy and beloved Village B apartment for only six months, but I swear we have done years’ worth of bonding and damage.

I do not think I am saying anything new or revolutionary. Many of you, college student or otherwise, feel the same. But I seem to be getting worse and worse at controlling time, with my awareness of its ebbs and flows now suspect at best. I want time to fast forward, stop, and slow at my discretion, but I cannot even keep it straight. Recently, I remembered that I am somehow 21 years old and in my sixth semester of college. Harry Potter had destroyed two horcruxes by his sixth year at Hogwarts. I felt old.

I never seem to notice time passing before me. Only when landmarks pop up does the fear and obsession come rushing in. My sister’s college graduation alerted me of the horrifying fact that I myself had started college. Malcolm Butler sealing a Patriots victory in Super Bowl 49 reminded me that it had been ten years since their last championship, and that I was apparently far removed from being the carefree pre-adolescent who had celebrated it with reckless abandon. Roy Hibbert’s 2008 game-winning three against UConn, a shot my dad and I watched gleefully in a raucous Verizon Center, feels like it happened yesterday, but the relentless mediocrity of our current Hoyas has reminded me that this is not the case. In my brief experience as an “adult” of legal drinking age, each purchase or order of alcohol has led to me awkwardly and unconfidently stating that I am indeed 21. Left to my own devices, I might still think I was twelve.

But what does any of this mean, besides that I most definitely still measure high on any scale of neurotic tendencies? I am not entirely certain, but I have made one important observation regarding time: we have a lot of it. In my first weeks and months at Georgetown, I mostly counted down the days—until vacations or long weekends or major sporting events, any interruption of the self-inflicted monotony that I dreaded and for which I took no responsibility. For too long, I felt like we had too much time here, but really we have more than we deserve, which I take to be an important distinction.

We all talk and hear about how busy we are on a daily basis. The weight of academic, personal, and professional expectations leaves most students feeling rushed at some time or another. But this busy life, when compared with the lazy and time-counting one I created for myself upon my arrival at Georgetown, is a good one. With the resources and opportunities available to us, why not fill our schedules (within reason)?

The key is actively thinking about and choosing that with which you want to fill your schedule. David Foster Wallace asserted that college education is, when it comes down to it, about “learning how to exercise some control over how and what you think.” If that is the case, and if our schedules are to be full and overwhelming, we should make every effort to be overwhelmed not by pressure and tasks that fit someone else’s idea of important but instead by the classes, people and pursuits that invigorate and inspire.

I am now happy to act only intermittently in ways aligned with my childhood nickname. Of course there remain days and classes and conversations that drag on. Some days threaten to make me a Quentin, but those days end. I try to live out Wallace’s words, actively considering my choices, thoughts, ambitions, and growth. I often fail.

But I can at least sometimes embrace the fullness of my Georgetown experience, whether it feels in a given moment to be rushing by or trudging along tauntingly. I would recommend doing the same, though for all I know, everyone else has already learned this lesson. Judging by the slumped bodies and deadened faces I have seen populating Lau 2 for the last week, I would guess that many others forget it at least sometimes. Regardless, here is my shout into the din: fill- as best you can – rather than count the time. It will wane away whether we mark it or not, so never count it down- even if there are donuts.