I’m going to make a case for the Emmys.

This year, they plateaued; those who spoke tried to be bold, but few succeeded. The host, Jimmy Kimmel (who also hosted in 2011), made me laugh and around ⅓ of the acceptance speeches made me cry —  same as last year. There were political jokes that found the right balance between uncomfortable and safe humor, and some jokes that crossed the boundary a bit more (like when Kimmel was introduced onto the stage as “Dr. Bill Cosby”).There was the usual grand championing of causes, but it was starting to feel like clickbait. Don’t misunderstand: the lack of diversity and of equal opportunity in Hollywood and across the country — across the world, if I may — is astounding, and there are many wrongs to be righted. But these moving monologues have come to be expected, and, for me at least, only a few of the most moving stand out.

The Emmys are three hours of waiting, of hoping, for something life-changing, because isn’t that why we have the acceptance speeches in the first place; and, on an even larger scale, isn’t that why we watch television? We may idolize these celebrities or hate them, but, regardless, we want to hear what they say; we want to feel their reaction. When Tina Fey and Amy Poehler became the firsts to share an Emmy award and, in a rushed moment, were not given the slot for an acceptance speech, my world turned backwards. I wanted to feel what they were feeling, to live vicariously — all the things an acceptance speech offered, and all the things that were rejected from me in that moment.

The 2016 Emmys also featured surprise cameos, from Jeb Bush to Matt Damon and even the kids from Stranger Things (aka the most adorable actors ever). Kate McKinnon’s Emmy for her role on SNL was arguably one of the best deserved, and Leslie Jones called out her hackers for exposing a moment in which she “just wanted to feel beautiful.” Alan Young, from Master of None, made a rare case for Asian-American representation, but I ended the Emmys feeling relatively unimpressed. I appreciated the PB&J delivery Kimmel organized until I realized that Ellen had done the same thing with pizza in 2014 (and a part of me wished it was Kimmel’s dad, or really anyone but his mom, that was in the kitchen making sandwiches). I appreciated the resurgence of Kimmel’s feud with Matt Damon (gosh I love that man), but again, I felt like it had been done before. That was my main problem with the Emmys: I felt like it had all been done before.

However, in a night full of the familiar there were some stand out moments.

Jeffrey Tambor and Jill Soloway, for instance, won Emmy awards for acting and directing (respectively) in the revolutionary television show Transparent. Tambor, who plays the transgender Maura and is the star of the show, closed his acceptance speech hoping to be “the last cisgender man playing a transgender woman,” a statement that resonated because it seemed to come from the other side. Tambor himself is not affected by whether or not his plea comes true; it seems as though his wish for this injustice to be righted is genuine, and it is, truly, an injustice to be righted. Soloway, who was the only woman nominated in the category “Directing a Comedy Series”, cried out to “topple the patriarchy” before leaving the stage, but she also referred to television as a “movement”, and that’s what stuck with me. Her message opened my eyes to the freedom and flexibility gained through the potential length of television shows, qualities that make television the perfect medium for change. And the Emmys, although they initially left me feeling numb and unimpressed, presented themselves as the platform upon which we recognize these changes.

And so, despite the overall lack of nuance the Emmys offered this season, I ended them feeling hopeful. Television shows are amazing. Today’s television shows are amazing. And they’re an amazing medium through which to make change – just like Facebook and Twitter and even the Emmys. Just look at Aziz Ansari, exploring race relations and relationships and so many aspects of a millennial’s life from a comedic point of view, or at Veep and how it has almost become a self-proclaimed “sobering documentary” about this year’s election. T.V. shows can be terrifying and enlightening and humorous, and, just like the Emmys, they’ve got a long ways to go. 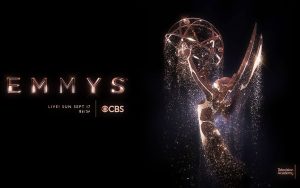 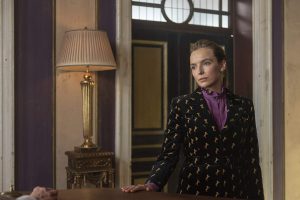