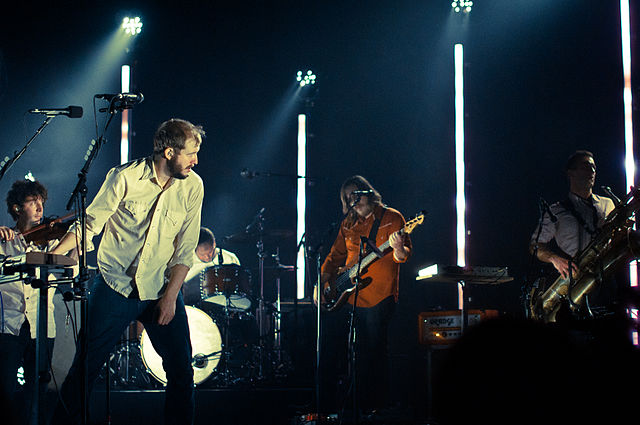 Five years after the release of their last album, Bon Iver has taken an experimental, manipulated approach to music in their extraordinary third full-length album 22, A Million. While it seemingly stands in stark contrast to the folk sound of their first two albums, 22, A Million possesses the same echoes of loneliness and uncertainty that Bon Iver has always lyricized.

22, A Million is an album full of idiosyncrasies and chaos. It lacks any of the traditional structure normally seen in music as the songs do not possess normal verses, refrains, or bridges. There is no standard instrumentation on any of the songs in the album, instead it is replaced with undulating, almost uncomfortable, melodies. Lead singer Justin Vernon and his engineer, Chris Messina, constructed the Messina, a version of the Prismizer software, a machine similar to Autotune, tailored to meet their needs. Vernon’s voice and most of the instrumentals are run through it, warping and distorting the sound in novel ways. The effects are most prominently featured in a sensational tug-of-war between Vernon’s voice and Michael Lewis’ saxophone in the song “__45___.” Moral of the story is that the acoustic guitar of For Emma, Forever Ago can be kissed goodbye, but listeners get something ridiculously cool in return.

The album opens with Vernon’s recognizable falsetto run through the Messina in the striking “22 (Over Soon)” in which he repeats the line “It might be over soon” in a continuous loop. The song explores impermanence – of life, his career, a relationship – we don’t know and we don’t need to. It is a reminder that no bad thing will last forever. On the flip side of its ambiguity, it can serve as a reminder to enjoy every moment. The song “715 – CR∑∑KS” show a clear tie to the vision of “Woods” from the band’s Blood Bank EP (2009), which was praised by Kanye West and inspired his track, “Lost in the Woods.” Both “715 – CR∑∑KS” and “Woods” feature no instrumentation – just Vernon’s voice run through a synthesizer, eerily looping around itself. Like the intro to the album, “715 – CR∑∑KS” runs on an existential thread with Vernon pondering “Oh then, how we gonna cry? Cause it once might not mean something?”

22, A Million has religious elements present throughout, whether it be the more obvious references in songs such as “33 GOD” and “666” or more subtle ones in word choice such as “consecration” and “confirmation.” In “33 GOD,” Vernon ends the song with “Why are you so far from saving me?” Whether this is more of a personal struggle or the band thinking about humanity as a whole, the religious thematic content gives the album a weighty, serious tone. Songs “29 #Strafford APTS” and “8 (circle)” bridge the album with Bon Iver’s old sound. “29 #Strafford APTS” contains the more traditional lyrical structure present in most songs and possesses a clearer narrative than the other songs on the album. “8 (circle)” is the only song on the album where Vernon’s voice has not been manipulated. When he sings “And I’m standing in the street now, no and I carry his guitar,” there is a stunning juxtaposition in the Bon Iver of 22, A Million and the Bon Iver of past.

With the release of 22, A Million, Bon Iver has cemented the fact that they can expand and experiment with their sound and not be pigeonholed into the folk genre. Although other current artists in the spotlight, such as Kanye West and Chance the Rapper, have received acclaim for their genre fluidity, Bon Iver’s accomplishment in 22, A Million is truly in a league of its own. The album is searching, alienating, and lonely. It ends with the song “00000 Million” in which the last verse is “Well it harms it harms me it harms, I’ll let it in,” and it is this eerie sadness and unique tone that make 22, A Million extraordinary.

Caitlin Mannering Caitlin studied Biology of Global Health and minored in English in the College. She is a former washed-up Leisure editor. It's unfortunate that her biology major will in no way relate to her dream job of working on Game of Thrones. 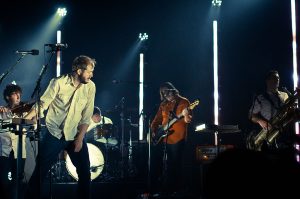