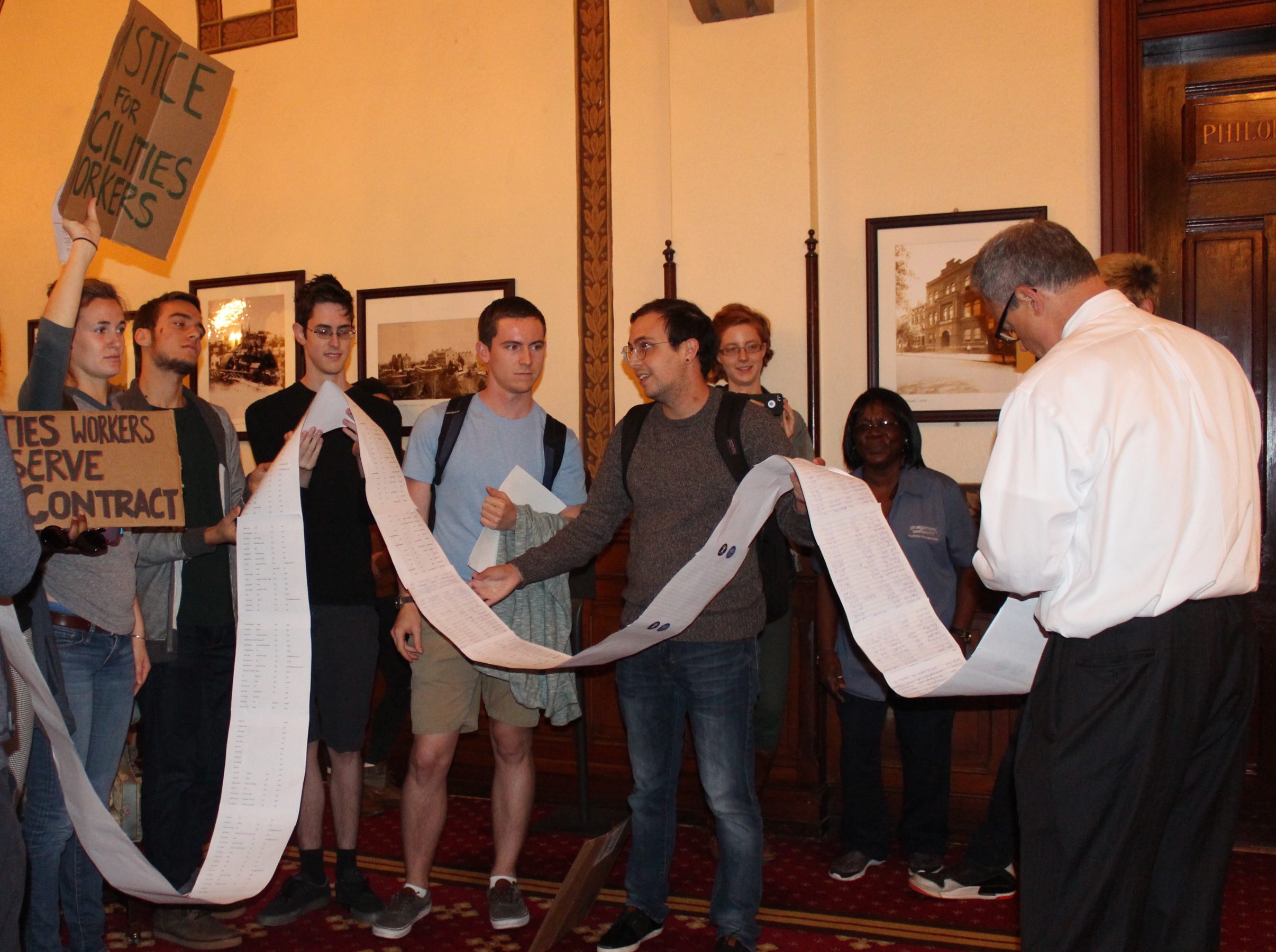 On Sept. 24, members of the Georgetown Solidarity Committee (GSC) and a group of university workers held a rally and delivered a petition with over 1,000 signatures in support of facilities and maintenance workers and their union, SEIU Local 1199, to President DeGioia’s office. The workers are currently renegotiating their contract with the university.

The petition outlined five demands: a raise in worker salaries to match an increase in cost of living, an assurance of sufficient staff members on each job, accountability for managers who engage in discrimination, the creation of healthy and safe working environments, and accommodation for the language needs of workers.

These five points, described on GSC’s Facebook page for the event as “common sense demands,” are the measure by which the group will assess the negotiations’ success. GSC members emphasized concern for discrimination and the final point of language accommodations, given the number of Spanish speaking workers within the maintenance and facilities staff. Vincent DeLaurentis (SFS ‘17), a member of GSC, said, “If Spanish speaking workers can’t even read their contract, how can they know if they’re getting a fair deal?”

The event began with a rally in Red Square, where students led chants and workers gave speeches related to their petition’s demands. One worker, speaking through a megaphone to the group, thanked the students for their participation in the contract negotiations. She said that she had worked at Georgetown for 16 years, but this was the first time she saw student involvement in the negotiating process.

Students and workers marched the marched the petition from Red Square to President DeGioia’s office while chanting “Five percent, won’t settle for less,” in reference to the percent raise per year for three years that they are aiming for.

In the negotiations, union officials and the university have struggled over the size of this raise, with the university offering a 2 percent increase, and the union demanding at least 6 percent. The union claims this is to match an increase in the cost of living in Washington, D.C., and many workers expressed their frustration at how expensive it has become for them to live anywhere near campus.

When the petition was delivered, the large group lined the main stairs and filled up the area in front of the office. With fists raised, they read the demands to the president’s chief of staff, Dr. Joe Ferrara. Ferrara expressed regret that President DeGioia was not in his office that day, but thanked the group for their delivery and promised that the president would see the petition. 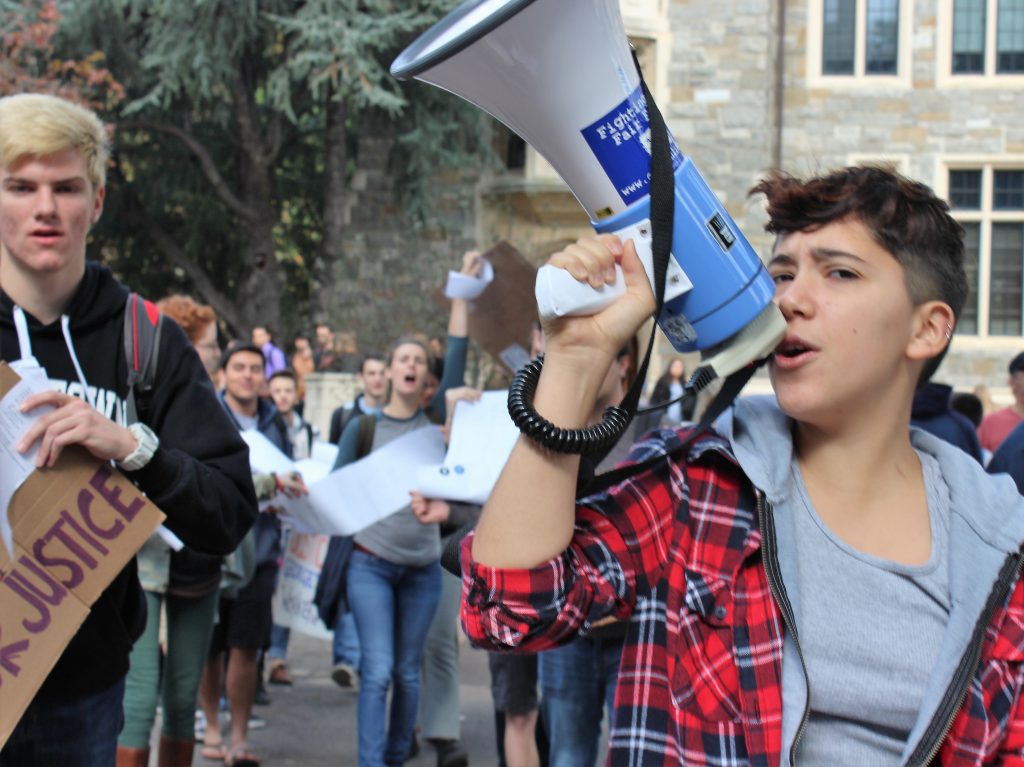 The decision to bring the petition to the president’s office came after the group attempted last week to deliver it to negotiations which were taking place at the Law Center. The protesters were stopped by police and university administrators, and were never actually able to deliver the document.

These demonstrations come in the wake of the five-month negotiating process between the university and the union. Negotiations were supposed to have come to a close by the start of the school year, but have been extended multiple times.

Many GSC members and workers have grown frustrated. “The university has not been negotiating in good faith with the workers,” said DeLaurentis. “They continually refuse to meet the workers’ demands in regards to salary, in regards to staffing, and especially in regards to language accommodations.”

In an email to the Voice, university spokesperson Rachel Pugh responded to the event. “We have a long history of collective bargaining with 1199SEIU and we have reached mutually acceptable collective bargaining agreements with the union in every negotiation,” Pugh wrote. “We continue to negotiate in good faith with the union and look forward to reaching agreement on a new contract soon.”

The university had no official comment in regards to the specific demands set forth by the GSC petition and demonstrations.