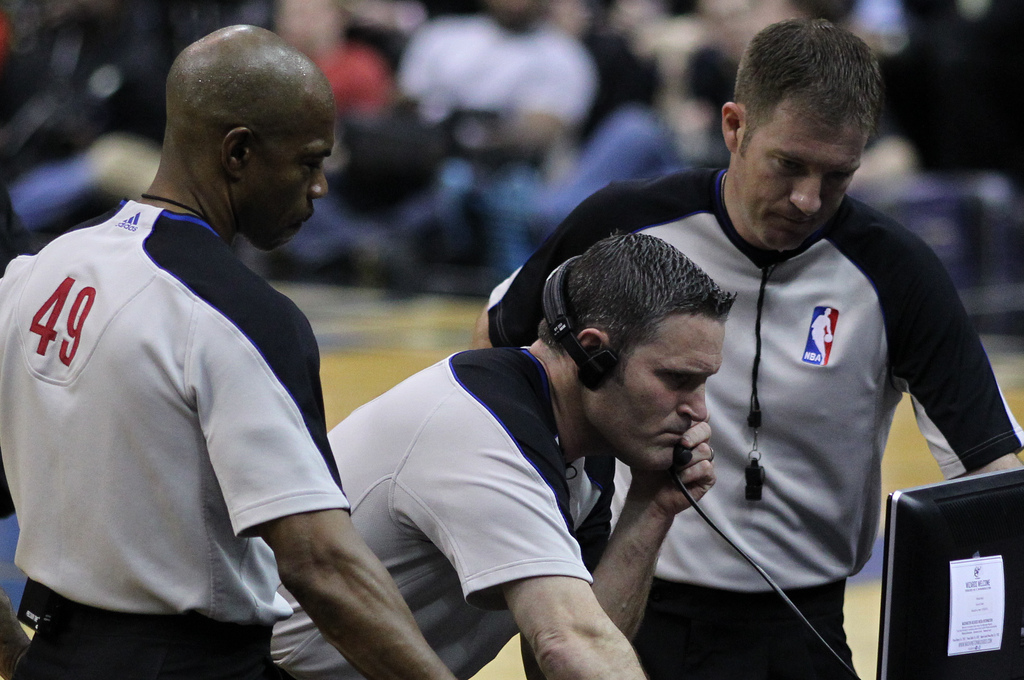 There’s nothing more frustrating than your favorite team getting screwed out of an important win because of an officiating error. It happens fairly often. No matter the sport, there’s always one game per season where you truly believe that (confirmed by video evidence) a wrongly-called foul, penalty, or scoring opportunity tipped the game’s balance in the opponent’s direction.While officiating a professional sport is an understandably difficult job, the excuse that “referees make mistakes” is just not enough for me anymore. It isn’t because I think refs should be perfect, but because we’re drowning in an abundance of technology that could make all sports more accurate. It just isn’t being used to its full potential.

The National Football League’s modern replay format began in 1999, instituting a system that allowed each coach two challenges per game. From 1999-2013, about 36% of the total number of coaches’ challenges resulted in overturned calls. However, there are still a number of calls that are non- reviewable, like pass interference and other potentially game-changing penalties (see: Falcons vs. Seahawks last week). Ravens Head Coach Jim Harbaugh claims that about five games last year were decided by incorrect non-reviewable penalties. The NFL seems to be heading in the right direction, though, and is reportedly considering an overhaul of the replay system.

The league is worried about eliminating the “subjective” element of officiating, but I don’t see how the replay of specific, historically problematic penalties would do that. All it does is give referees the chance to view plays at different angles and in slow-motion, allowing the opportunity to consider and discuss calls that are usually made quickly in the heat of the moment. It doesn’t eliminate the subjective element of the sport, but instead makes this aspect much more precise and accurate.

Last week, the Seattle Sounders won their first-round Major League Soccer playoff match against Sporting Kansas City 1-0 on an amazing 88th minute winner. It would have been an awesome goal, except for the fact that Nelson Valdez, the winning goal-scorer, was at least two feet offside (Video).

Soccer is one of the few sports that is still stuck in the stone age in terms of replay. FIFA introduced goal-line technology for the 2014 World Cup, despite the fact that it had been available for at least five to seven years previously, and UEFA is instituting the same technology for the first time this Champions League season. While the implementation of this new system is a step in the right direction, it’s unclear as to why similar changes can’t be made for offside calls, penalty kicks, and red cards.

FIFA and other executive soccer bodies are worried that extended replay will affect the pace of play and create too many pauses in matches. In the amount of time that players already argue, bicker, and bullshit before penalties and after red cards, rulings could be reviewed several times. If FIFA wants to eliminate stoppages in play, they should crack down on fake injuries.

Soccer is one sport where a single play can have a massive impact on the outcome of the game, and it’s important to give these decisions the highest chance of being accurate. As seen in the Valdez video, this non-call resulted in the elimination of a team from the playoffs. To argue that a two or three minute pause in the game is more important than getting this call correct is laughable, and MLS and other soccer bodies need to take this step towards improving the game’s accuracy.

Major League Baseball made these important strides in 2014, modeling its program after the NFL, and it has been widely acclaimed as a success. First instituting an extremely limited replay system in 2008 that reviewed only disputed home run calls, MLB has now expanded the format to allow each manager three challenges per game. Managers can ask for a replay review on basically any ruling, with the notable exception of balls and strikes. In its first year of use, MLB’s expanded instant replay system overturned 529 calls, obviously increasing the accuracy of officiating in the game.

Some argue that the MLB needs to implement replay on balls and strikes, but that doesn’t seem practical to me. In the previously linked Five Thirty-Eight article, they estimated that there are an average of .48 challenges per MLB game. Applying that same ratio to the average number of pitches per team per game (146), there would be about seven pitch challenges each game. That seems to be too much challenging and would really add a significant amount of time to games. Of all sports, I think that the MLB’s replay process is currently the best balance of creating an environment that allows for the most accurate calls while also maintaining subjectivity and not adding copious amounts of time to games.

Today’s sports world is full of new technologies, but they aren’t being used as well as they could be. I can’t wait for the day that changes are made, allowing for the highest percentage of correct calls. Falcons and Sporting Kansas City fans probably agree. 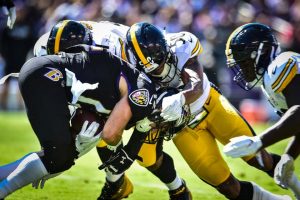 The Resurgence of the Steeler Defense