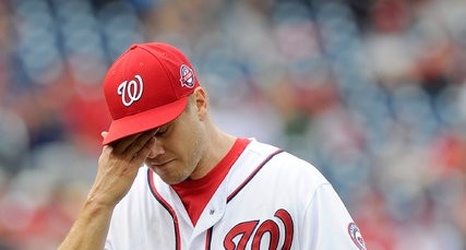 On Sunday, during the 8th inning of the Washington Nationals’ contest against the Philadelphia Phillies, closer Jonathan Papelbon scolded teammate Bryce Harper, leading to a physical altercation. Papelbon was soon suspended by the Nationals organization for four games—and with the addition of a three-game suspension issued by Major League Baseball for the intentional plunking of Baltimore Orioles third-baseman Manny Machado, Papelbon is done for the season.

These incidents are just two of the most recent controversial actions taken by the former World Series-winning pitcher. In fact, Papelbon has become notorious for his unpopular attitude and self-serving actions. The right-hander has come a long way throughout his Major League tenure—but not in the right direction. Ever since leaving the Boston Red Sox prior to the 2012 season, Papelbon has become a drag to fans around the league.

After making his debut in 2005, Papelbon recorded a historic rookie season in 2006—his 10 saves in the month of April set a record for rookies in that month. Before his season ended due to a shoulder injury, the then-beloved “Pap,” with his signature Mohawk-style hair, had recorded 35 saves, struck out 75 batters in 68 innings, and held opponents to a .167 batting average. His ERA was a miniscule 0.92.

The following year, Papelbon had another historic season—he was the winner of the DHL “Delivery Man of the Year” award, and threw the World Series championship-clinching strikeout for the Red Sox against the Colorado Rockies to cap a stellar postseason performance. That year, Papelbon established himself as one of the most popular athletes among Boston sports fans—he was known for his goofy antics off the field and his serious, ritualistic routine on the field. Fans cheered wildly when “Wild Thing” began to play at Fenway, and his Irish step-dancing celebrations defined the Red Sox’ 2007 playoff run.

Although Papelbon remained a solid closer for the next two seasons, he was no longer the dominant closer and beloved figure that he was in his earlier years. In 2009, he criticized his former teammate Manny Ramirez, referring to him as a “cancer.” This did not go over well with the Red Sox organization or its fan base. Pace of play issues also became a concern in 2009—it is rumored that Papelbon was fined numerous time throughout the season for failing to deliver his pitches quickly enough. In the American League Division Series, with two outs in the 9th inning, Papelbon blew the save, and the Sox were swept. His struggles continued into the next season.

In 2010, Papelbon blew eight saves, leading to trade rumors after the season. He would end up returning in 2011 for one final season with the Red Sox. The closer had a successful season in general, but blew the save on the last day of the season, promptly ending the Red Sox’ playoff hopes. He then became a free agent and signed with the Phillies.

During his tenure with the Phillies, Papelbon picked up some of the stride he had lost over the last few seasons with Boston. He regained momentum, but his truly dominant years had long passed. More significantly, Papelbon was growing more unlikeable as a player—from the 2013 season onward, the disgruntled closer made no secret of his negative feelings towards his team. He felt as though he was entitled to play for a better organization. In 2012, he verbalized he had not envisioned playing for a ballclub that would grow incrementally worse over the next few years. In 2014, a season in which he notched his 300th career save, Papelbon’s negativity culminated in a seven-game suspension issued by Major League Baseball. On September 14th, he blew a save against the Miami Marlins and was booed by his fans while he  returned to the dugout. In response, Papelbon grabbed his crotch in a gesture to the crowd. He then had a confrontation with umpire Joe West.

In 2015, the Phillies became the worst team in Major League Baseball by a wide margin. Of course, Papelbon, who became the Phillies all-time saves leader earlier in the season, expressed a desire to be traded. Sure enough, he was sent to the Washington Nationals at the trade deadline. Clearly, the latter half of the season did not pan out well for Papelbon—his ERA rose from 1.59 to 3.04, and he had only seven saves with Washington.

Although the closer has maintained impressive statistics throughout his career, Papelbon’s head-hunting of Manny Machado and his altercations with young phenom Bryce Harper over the last few weeks attest to an immaturity that has seemingly worsened over the course of his career. Once a fun-loving, dominant, and exciting baseball player, Papelbon has become a disgruntled, violent, and just plain rude head-case for teams everywhere to behold. 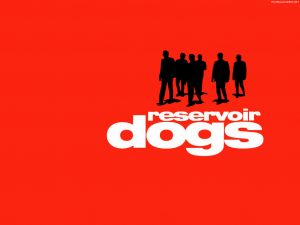