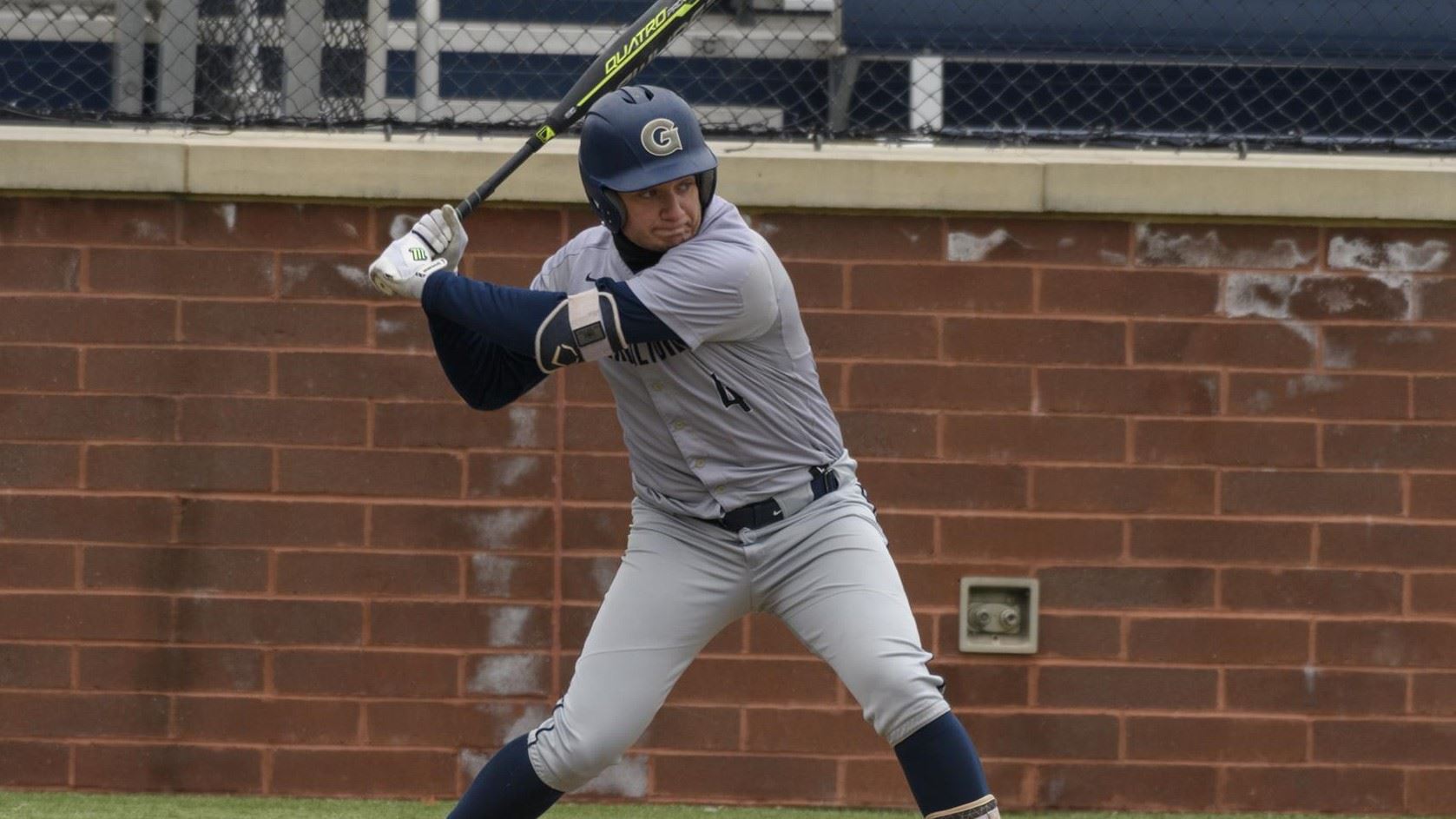 This weekend, the Georgetown Hoyas baseball team (2-8, Big East) had a disappointing weekend, dropping two of three at the Westin Lake Mary Stetson Invitational in Deland, FL. After the Hoyas beat George Washington (5-5, Atlantic 10) for their first win of the season last Tuesday, they stayed hot with a big win on Friday, but lost close games on Saturday and Sunday. The Hoyas’ starting pitching was stellar, posting a 2.49 ERA over 18.1 innings pitched.

On Friday, the Hoyas were able to avenge a 6-5 loss to Sacred Heart (2-6, Northeast) at the Wake Forest invitational with a 11-0 blowout this time around. Junior right-hander Jeremiah Burke was phenomenal, turning in 6.2 scoreless innings and striking out 10. The Delmar, NY native allowed just two hits and walked one. Georgetown jumped on top 1-0 in the first on a run-scoring infield single by junior center fielder Ryan M. Davis. An inning later, the Hoyas tacked on four more, thanks to an RBI double from freshman right fielder Michael Willis, an RBI single from graduate student left fielder Kyle Ruedisili, and a clutch two-run double from sophomore shortstop Eddie McCabe. Georgetown added one in the fourth, two in the sixth, and three more in the eighth to solidify the rout. Ruedisili and Davis hit back-to-back solo homers in the eighth, marking the first back-to-back homers for Georgetown since April 13, 2018.

Ruedisili and Davis each came a double shy of the cycle. In addition, Ruedisili, Davis, and McCabe, the top three spots in the Hoyas’ lineup, combined for 10 of Georgetown’s 15 hits and drove in eight runs. Freshman right-hander Miller Freeman made his collegiate debut, tossing a scoreless ninth.

The next day, Georgetown jumped out to an early lead against the hosts Stetson (4-6, Atlantic Sun). Sophomore outfielder Kai Nelson, playing DH on Saturday, singled up the middle in the third to drive home freshman catcher Tony Barreca. In the fifth, Willis drew a bases loaded walk to bring home McCabe and hand the Hoyas a 2-0 lead. In the bottom half of the inning, however, the wheels came off for junior left-hander Brent Killam. Killam, a preseason All-Big East selection, had given up just two hits entering the bottom of the fifth. Killam gave up a leadoff single, made an error on a sacrifice bunt, threw a wild pitch, and issued a walk to set the table for Stetson. On the next three batters, freshman second baseman Mark Townsend singled to right, junior left fielder Austin Bogart singled to center, and senior third baseman Jonathan Meola hit a sacrifice fly to left, and in a matter of three batters, a 2-0 Georgetown advantage had shifted to a 4-2 Stetson lead. After each team added a run in the eighth inning, the Hoyas mounted a comeback effort in the top of the ninth. McCabe scored on a fielder’s choice to make it 5-4, and Willis singled to right-center, advancing junior pinch runner AJ Lotsis, the tying run, to third. Junior third baseman John Simourian was unable to find the clutch hit, however, grounding to third and awarding a save to senior right-hander Vlad Nunez.

Killam took the loss, falling to 0-3, continuing his rough start to 2019. On the bright side, Nelson and McCabe combined for seven hits, and sophomore left-hander Owen Lamon turned in his second scoreless relief effort in as many days.

Once again, Georgetown started off strong on Sunday against St. Louis (5-5, Atlantic 10). Looking to grab two of three on the weekend, the Hoyas took a 1-0 lead in the top of the first on an RBI groundout by McCabe. An inning later, Simourian handed the Billikens a 4-0 deficit on one swing with a three-run shot to left. The round-tripper was the first of Simourian’s collegiate career. In the third, St. Louis got two runs against junior right-hander Nick Morreale off an RBI single and a sacrifice fly to make it 4-2. Those were the only runs that Morreale would surrender, however, as the 6-foot-5 starter completed six strong innings and struck out six. The Hoyas added a run in the fifth and eighth, and looked in position to finish things off with a 6-2 lead in the bottom of the ninth. The Billikens refused to let it end, though, mounting a furious comeback against sophomore left-hander Jacob Grzebinski and freshman right-hander Carter Bosch. After Grzebinski got the first two St. Louis hitters, he surrendered consecutive doubles and a walk. He was then pulled for Bosch with the Hoyas still up 6-3. Bosch subsequently walked a Billiken to load up the bases, and on the next batter, gave up a crushing bases-clearing, game-tying double to freshman infielder Scott Youngbrandt. Bosch got out of the ninth without more damage, but St. Louis scored in the tenth on a throwing error by sophomore third baseman Yareb Martinez.

The Hoyas will try to rebound with a quick turnaround this week, as they will play five games in the Snowbird Baseball Classic in Port Charlotte, FL. Play begins on Tuesday at 5:00 p.m. ET, when Georgetown takes on Mount St. Mary’s (3-4, Northeast). For continuing coverage of Georgetown sports, follow @GUVoiceSports on Twitter. 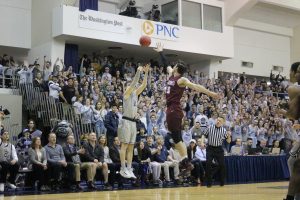