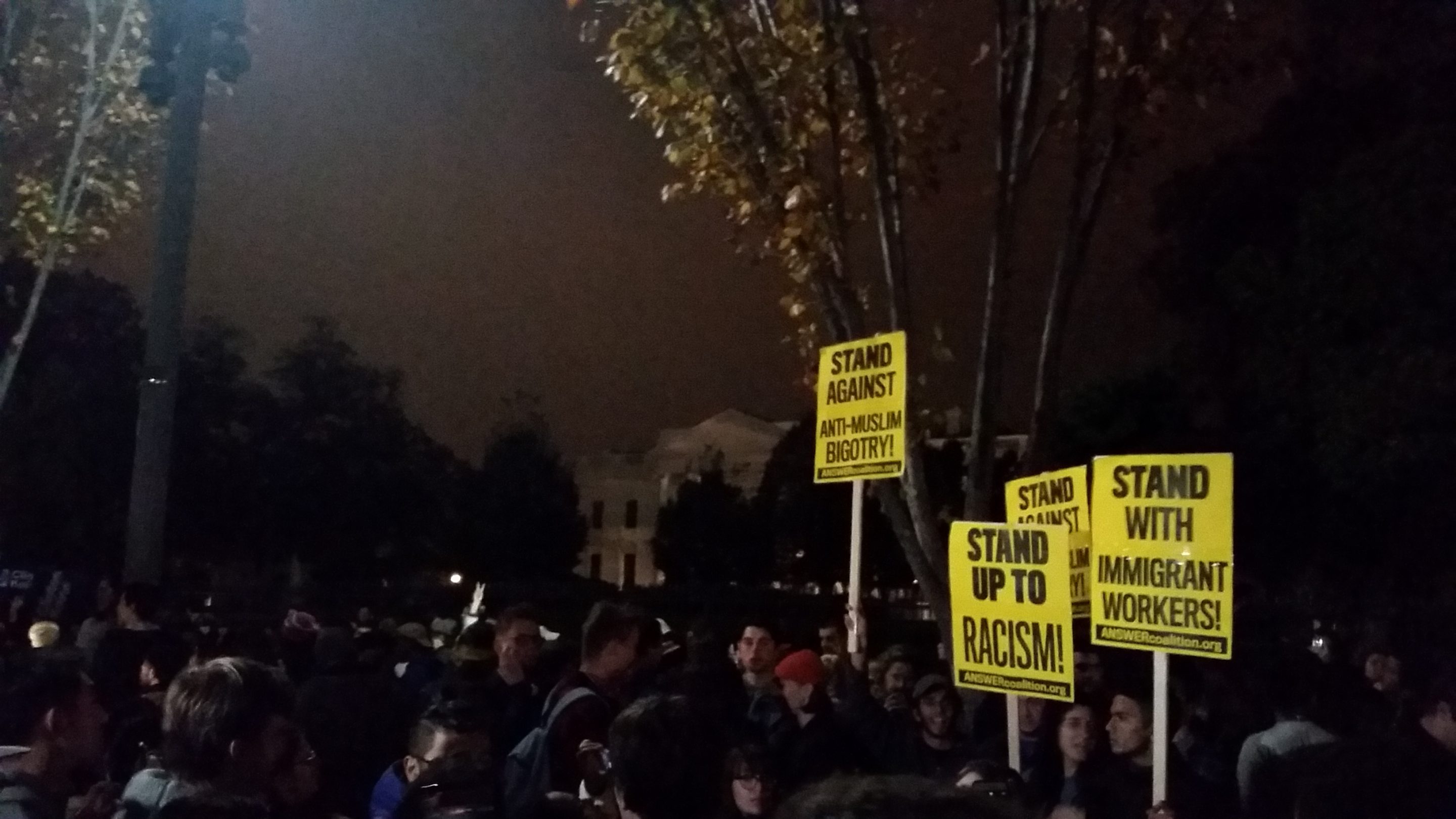 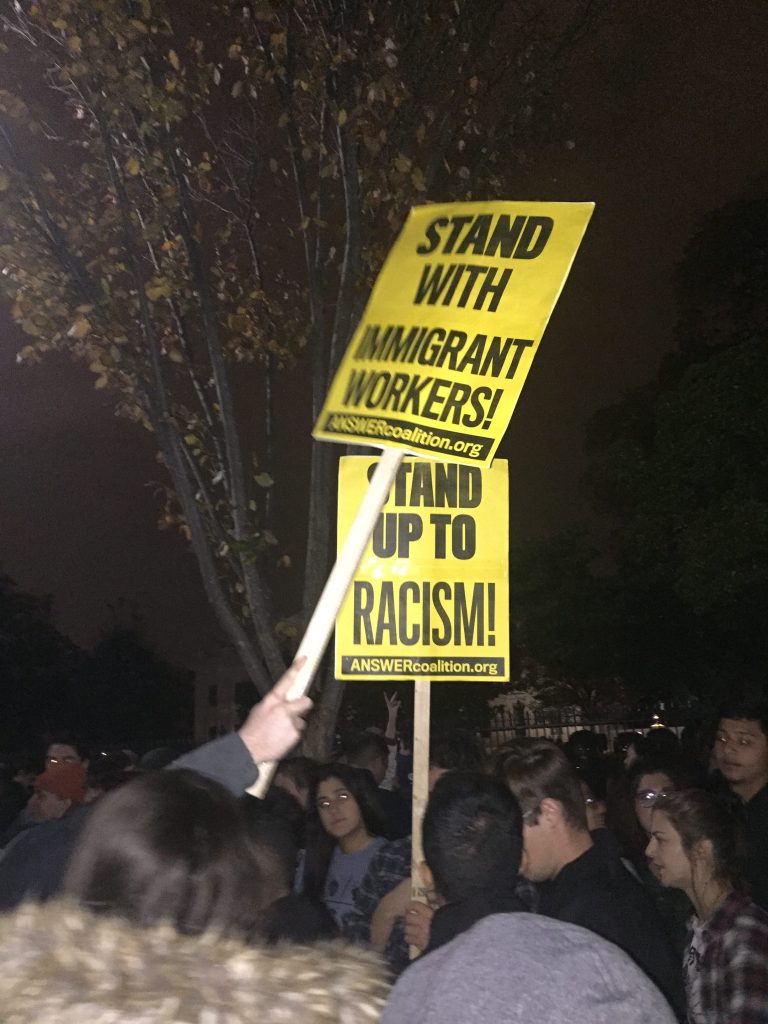 Students and others protest Trump’s election at the White House. Photo: Cassidy Jensen

The following is an account of events from our assistant news editor, Cassidy Jensen.

Before the election was called, Lafayette Park was full of a few hundred young people and college students milling around with no clear agenda. People were drinking alcohol, crying, and occasionally someone would start a “Fuck Trump” chant, but the atmosphere was mostly lighthearted. After major news outlets announced that Trump had won, those of those who seemed to have been waiting left. A young white man wearing a Trump hat had climbed a tree outside the White House and the situation became more tense as people tried to convince him to climb down into the adversarial crowd. Eventually, a man with a “stand with immigrant workers sign” and another man with a queer pride flag also climbed into the tree. Ultimately, he got down without much incident that I could see. The crowd surged around a black man wearing a Trump hat who was yelling into one of the video cameras, and chased him away in one group.

Around 3am, the chants became more organized and continuous. A group of Georgetown students arrived with signs and led chants like “Black Lives Matter,” “El pueblo unido, jamás será vencido.” People gathered to burn a large American flag, and there was what looked like Secret Service and other police presence. Protestors, mostly young people of color, argued with Trump supporters, mostly young white men, but there was no violence or threat of violence while I was there. Black students danced and sang chants celebrating their blackness (“I said I love being black!”). Most people had begun to disperse around 3:45am. A few protestors held signs that read “It’s not over.”