X Gon’ Give it to You: Sumner and Macura combine for 51 to lift No. 17 Xavier over Georgetown 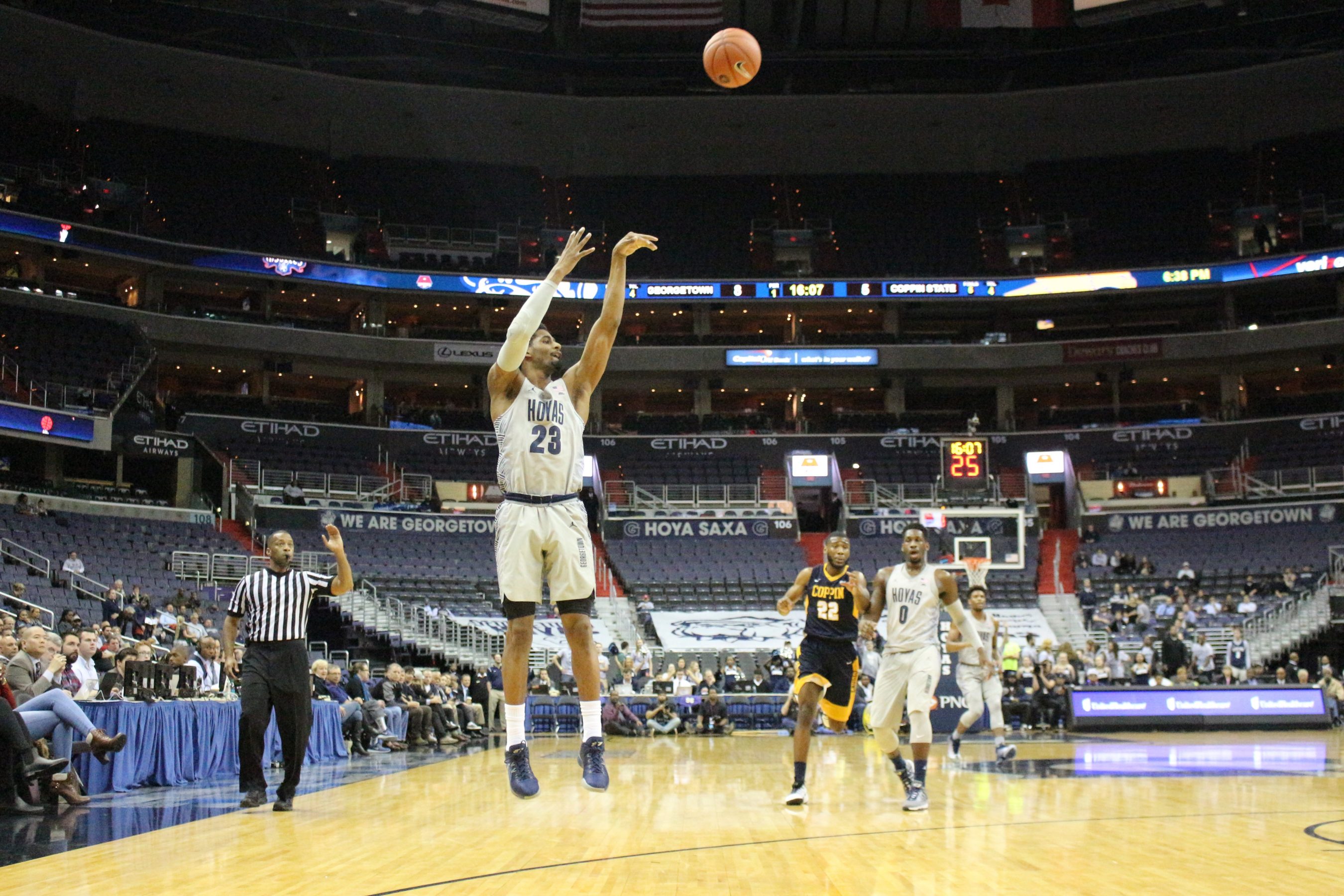 The Georgetown men’s basketball team (9-6, 0-2 Big East) was unable to gain a much needed conference win on Saturday afternoon, falling to No. 17 Xavier (12-2, 2-0 Big East), 81-76, at the Verizon Center. The duo of sophomore guard Edmond Sumner and junior guard J.P. Macura combined for 51 points for the Musketeers. Junior guard Trevon Bluiett, Xavier’s leading scorer (19.2 ppg), was held to just one point on 0-10 shooting. Georgetown was led by junior guard LJ Peak and graduate student guard Rodney Pryor, who recorded 21 and 20 points, respectively.

Georgetown falls to 0-2 in conference play with the loss. After beginning the year with an underwhelming performance in their non-conference games, the road to the NCAA Tournament has become much more challenging for the Hoyas, especially considering the strength of the Big East.

“I think everyone gives our conference the respect it has earned,” said Xavier Head Coach Chris Mack. “There are no nights off in this league.”

Xavier jumped out to an early five point lead with 13:58 remaining in the first half behind the hot hands of Macura and Sumner, but Peak and Pryor combined to score the Hoyas’ next 12 points to give Georgetown a 22-21 lead with 7:27 remaining. Both teams exchanged blows for the following five minutes, with Macura and Sumner combining for seven points in that span. While the Xavier 1-3-1 zone defense stifled Georgetown throughout the half, junior forward Akoy Agau, who had started the past eight games for the Hoyas, utilized his passing ability from the post to repeatedly find cutters for easy layups and dunks. At the end of the first half, Peak had 16 points and the Blue and Gray held a slim 38-36 advantage.

“Georgetown is a difficult matchup, which is why we played zone more today,” said Mack. “LJ Peak was tough for us to guard.”

In the second half, Xavier made defensive adjustments to contain Peak. A combination of extra- help defense and feigned double teams limited the junior to just five points in the second stanza.

“They closed the paint up, so I just tried to kick it to my teammates,” Peak said.

With Xavier focusing on Peak in the second half, Georgetown was forced to look elsewhere for offensive output. Junior guard Jonathan Mulmore answered the call for the Hoyas, providing eight points in the second half. Mulmore utilized his quickness to penetrate the Xavier defense and get floater and layup opportunities. Sophomore guard Kaleb Johnson also provided valuable minutes for Georgetown off the bench. While he didn’t score in the second half, Johnson frequently fought for loose balls and forced jump-balls to keep the Hoyas within striking distance.

“Kaleb brought an energy we haven’t seen from him in a couple of weeks,” said Thompson. “He got injured and he’s been a little tentative since then. Today, he looked like Kaleb again.”

Georgetown held a slim lead for the majority of the first ten minutes of the second half, but foul trouble forced Pryor to the bench midway through the period. During this stretch, Xavier utilized an 8-2 run to take a 65-61 lead with 6:52 remaining. Senior guard Malcolm Bernard then drilled a three for the Musketeers, which was followed by a pair of free throws from Macura on the next possession, to give Xavier a commanding eight point lead with 3:53 on the clock.

Pryor re-entered the game and immediately contributed a personal 10-2 run. The run was capped by a dunk with :52 seconds remaining to bring the Hoyas within two points, 76-74. But that was as close as the team would get. Pryor’s open three-point attempt with :23 seconds left fell just short, and the Hoyas were forced to foul. Sumner kept Xavier in the driver’s seat with his contributions from the free throw line, connecting on seven of his eight attempts in the final two minutes.

“Trevon (Bluiett) was struggling tonight, but we’re a well-rounded team. Today, me and J.P. had to step up,” Sumner said.

In a strange sequence of events, the Blue and Gray were in a position to potentially tie the game with :05 remaining, as Kaleb Johnson battled multiple Xavier defenders for an offensive rebound. The ball fell out of bounds and was initially ruled to be out on Xavier. After a lengthy review, however, the call was overturned and Georgetown’s comeback hopes were crushed.

Georgetown will now prepare to travel to Providence for a Jan. 4 date with the Friars (10-4, 0-1 Big East). The game will tip-off at 7:00 pm and will be broadcast on CBS Sports Network. 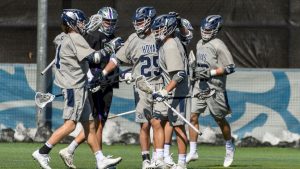 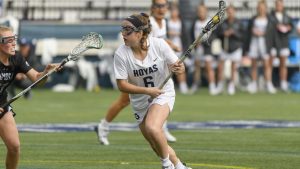 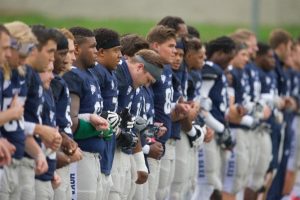