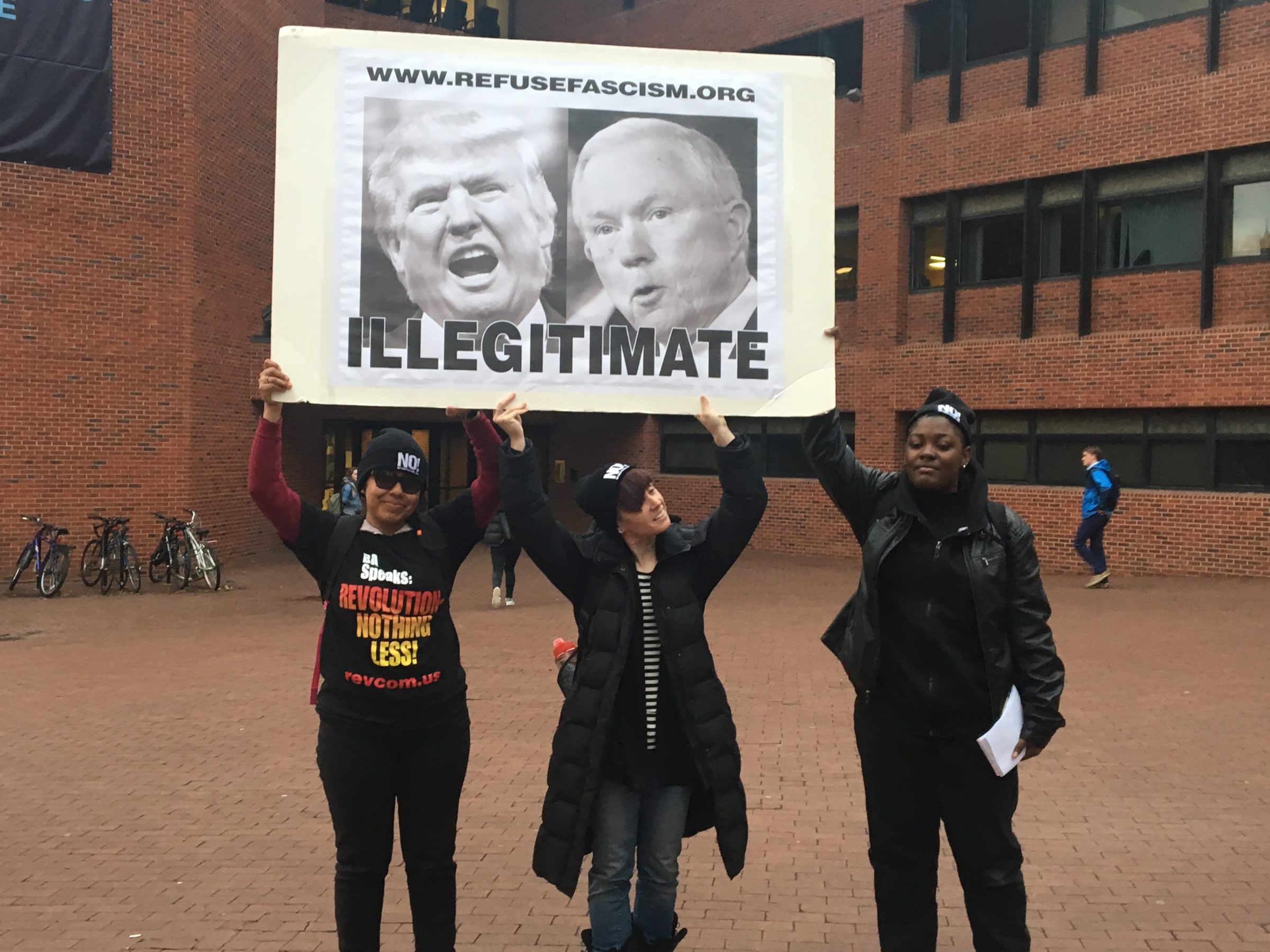 GUPD escorted a small group of six to seven representatives from RefuseFascism.org off-campus after they protested Jan. 11 throughout university grounds. The group, none of whom were students, protested and distributed flyers in Red Square and the ICC Galleria, entering at least two classrooms in the ICC and Reiss, and they returned to the front gates Jan. 12 to pass out more flyers.

One of the protesters chanted while the others distributed flyers asking students to attend a Jan. 12 organizing meeting at St. Stephen and the Incarnation Episcopal Church in preparation for a Jan. 14 protest in McPherson Square. According to their website, RefuseFascism.org also held organizing meetings in New York, Chicago, and Los Angeles.

The protesters entered at least two classrooms to distribute flyers and explain their goals. Eyewitness accounts of the protest differed, but one to two protesters walked into Reiss 112 shortly before Professor Parina Patel’s 3:30 p.m. Quantitative Methods for International Politics class. According to students present, they shouted their demands while passing out flyers, leaving shortly before class began.

Sean Berman (SFS ’19) said he saw a protester enter the classroom and that student reaction to the protesters was mixed. “The professor had no reaction. She didn’t say anything about it, even after the person left, but students, I would say the vast majority were just kinda quiet and watching, and a couple people laughed, a couple people clapped, but yeah, mostly quiet though,” he said.

Another student in the class, Anthony Persico (SFS ’19), posted a picture of a protester on Twitter, receiving a response from the university’s official twitter page asking him to message them with more information. According to Persino, he explained the situation, and the university told him that GUPD was on their way; however, the protesters had already left.

Jay Gruber, GUPD chief of police, wrote in an email to the Voice that GUPD officers escorted the protesters off-campus to the corner of 37th St. and O St. “shortly after the incident occurred”; however, he declined to comment which specific incident he was referring to.

“The University reserves the right to remove protestors from campus,” Gruber wrote. According to the university’s Speech and Expression Policy, only protesters from the university community can enter university buildings, but they are not permitted to disrupt class.

“We are organizing all over the city, all over the country, but here, we came to Georgetown today because students have to be on the forefront, and we know that students in their millions were horrified at the election results,” said Sunsara Taylor, one of the protesters and a co-initiator of RefuseFascism.org.

The RefuseFascism.org movement was organized by a group of artists, scholars, and activists, including Carl Dix, spokesperson for the Revolutionary Communist Party. RefuseFascism.org printed a full-page ad in the Jan. 11 issue of the Washington Post.

According to the protesters, their goal is to prevent President-Elect Donald Trump, whose victory they consider illegitimate, from taking office. Some of the protesters had previously been arrested Jan. 10 for storming Jeff Sessions’ Senate confirmation hearing for attorney general.

“We have to stop this fascist regime before they start,” said Michelle Xai, one of the protesters who was arrested during the hearing. “We’re calling for this January 14 starting then up to inauguration night to be in the streets and stay in the streets and say no to Trump and actually create a political crisis where he is not allowed to get into power.” 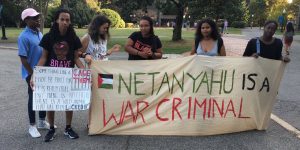 By Cassidy Jensen and Ryan Miller 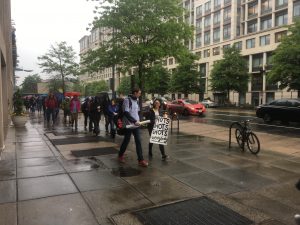