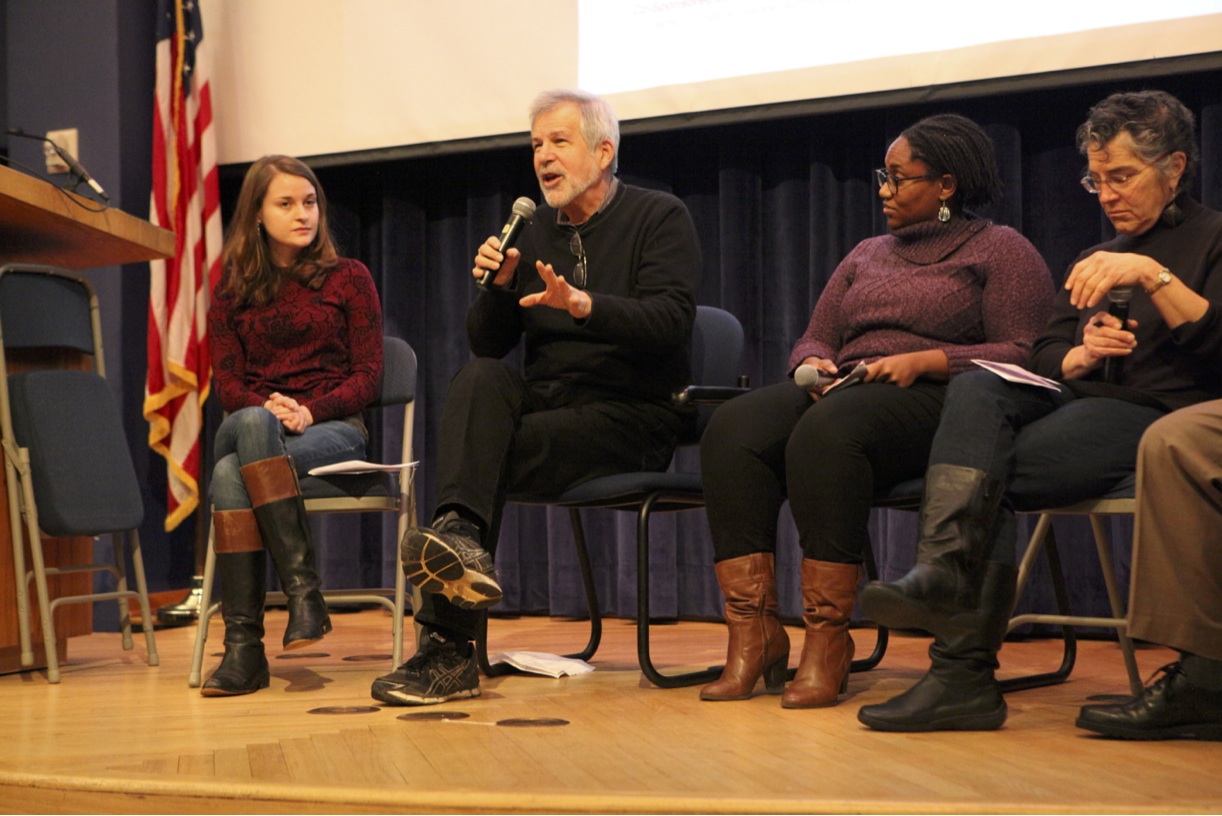 A team of Georgetown doctoral and law students led a teach-in Jan. 14 called “Resisting, Organizing, and Building in the Age of Trump” in the ICC Auditorium. The program united activists and academics to discuss how the left should move forward in the face of a presidency the organizers and speakers said will be laced with racism, apathy, and bigotry.

A collection of volunteer Ph.D students organized and designed the teach-in as an example of grassroots, organic advocacy. While not a university event, the teach-in assembled local leaders, educators, and researchers to create an interactive platform. The forum tackled what the organizers said were the urgent, underlying issues leading to and caused by Donald Trump’s election and inauguration.

“If we can find ways to act collectively, we can win. We can stop the worst of this incoming administration and we can build a future together that treats as paramount the freedom and dignity of all,” said Matt Shields, a fifth-year Ph.D student with the philosophy department and one of the event’s organizers.

One of the event’s main coordinators, Keyvan Shafiei, a third-year Ph.D student in the philosophy department, said the inclusivity and collaboration between D.C. academics and organizers both define and drive an event like this and the ideas it embodies.

Some Ph.D student-workers are starting a union on campus, and Shields said they feel the pressure to do so before many of Trump’s appointees to the National Labor Relations Board take office.

Shafiei said many attendees were drawn to the event by a need to learn how to protect vulnerable peers, neighbors, or family members from harmful comments and policies by Trump administration and supporters over the next four years. Maddy Moore (SFS ’17) said that she wanted to learn from professors and activists who have experience resisting oppressive forces in a time where a lot is unknown.

“I’m here to learn tools and resources about how I can act, and basically show solidarity with other people and movements that are happening across the country,” Moore said.

“We were overwhelmed by the interest in the event,” said Shields. “You could feel that real sense of urgency, that people are frightened, they are scared. But they want something to do. Interestingly, I think you could feel that among attendees, but that was also true among the Ph.D students who organized yesterday. We wanted to try to do something.”

This article has been updated to reflect clarifications from Shafiei.

Initiative 82, which will raise wages for tipped workers, passes in the District