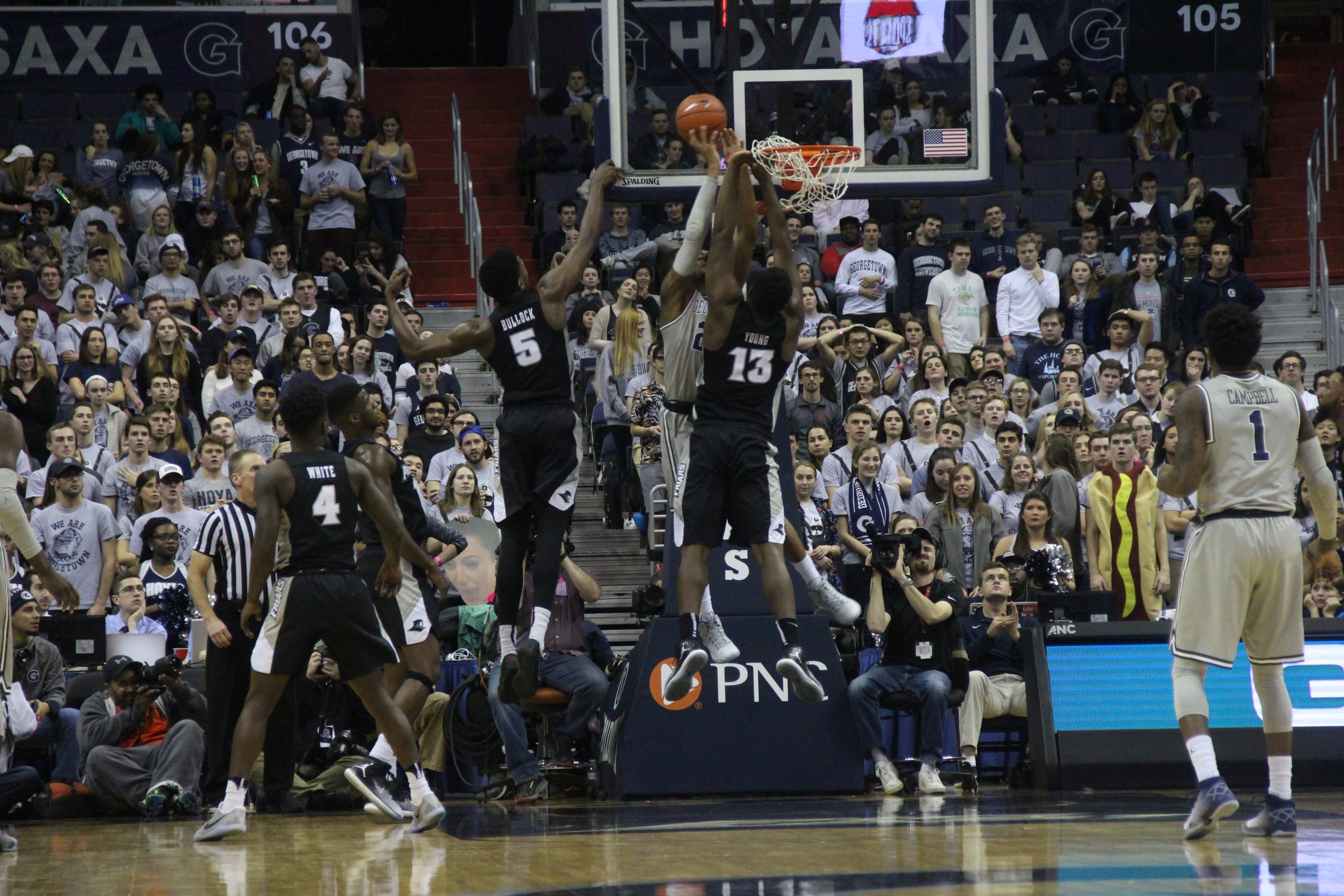 Another close game led to another heartbreaking loss as the Georgetown men’s basketball team (13-11, 4-7 Big East) fell to Seton Hall (14-8, 4-6 Big East) in overtime, 68-66, Saturday afternoon at the Verizon Center. Junior guard Desi Rodriguez hit the go-ahead jumper with 1:10 remaining in overtime for the Pirates, who snapped their two-game losing streak. Junior guard L.J. Peak led the way with 18 points for the Hoyas, who saw their three-game winning streak snapped. Graduate student guard Rodney Pryor added 13 points but struggled mightily, shooting just 6-17 from the field and committing a costly turnover with six seconds left in overtime.

As a team, Georgetown shot just 1-19 from three. Junior forward Angel Delgado, the Big East’s leading rebounder, recorded a double-double with 26 points and 17 rebounds for the Pirates. Commenting on Delgado’s performance, Georgetown Head Coach John Thompson III remarked that the forward plays “persistent” and “poised,” and that “He doesn’t care if he’s being doubled.”

The loss drops the Hoyas into a tie for eighth place in the Big East standings, while Seton Hall moved to a half-game back of St. John’s (11-13, 5-6 Big East). Georgetown falls to 0-2 in overtime games played this season, with the other loss to No. 16?Butler (18-5, 7-4 Big East) on January 7. The Pirates, who started the week on the outside looking in for an NCAA Tournament berth, earned a resume-boosting victory, while the Hoyas’ postseason hopes were dealt a serious blow.

The Pirates capitalized on a slow start from Georgetown as well as a late-arriving crowd, seizing the momentum with a 13-2 start to the game, capped by a four-point play by freshman guard Myles Powell. At the first media timeout, Seton Hall was already out-rebounding the taller Hoyas 7-1. However, the Hoyas would adjust to the physicality and finish the game nearly matching the Pirates on the glass, 43 to 45. Georgetown junior forward Akoy Agau commented on the physicality of the game, saying “I thought it was definitely physical, but we held our own.” For his part, Agau contributed seven points, 11 rebounds and five blocks off the bench, giving the Hoyas a much-needed spark while starting sophomore center Jessie Govan and sophomore forward Marcus Derrickson struggled with foul trouble. The Hoyas would regain the lead at 27-26 on a Derrickson free throw with 3:49 left in the first half, but allowed the Pirates to close the half on a 10-5 stretch and lead 36-32 going into the locker room.

In the second half, the Hoyas locked down defensively, allowing just 11 points in the first 10 minutes of game action. Georgetown clawed back to take the lead on a Pryor lay-up with 11:08 left in the game, before erasing another five point deficit with 4:08 remaining on a pair of Peak free throws. Neither team would score again until 1:25 left in regulation, when Peak sunk two more at the stripe to give the Hoyas a 61-59 lead. Delgado and Peak exchanged two-point baskets before junior guard Khadeen Carrington hit a jumper with 36 seconds left to knot the contest at 63. Seton Hall followed a Georgetown miss with a charging foul in transition and Pryor’s halfcourt heave fell short, sending the game to overtime.

In overtime, Georgetown struggled offensively, shooting 1-5 and committing three turnovers, all by Pryor. Despite the offensive woes, the Hoyas led 66-65 on a Pryor jumper with 1:25 remaining. It would be the last Georgetown points of the afternoon. Rodriguez quickly countered with a jumper of his own, showing a knack for late-game scoring despite his overall shooting struggles at 4-19 for the day. Following a Govan missed three and a missed shot by Seton Hall, the Hoyas quickly pushed the ball up the court with under 20 seconds remaining, opting not to call timeout. The possession was doomed from the start, however, as Pryor dribbled around the three-point arc before losing the ball out-of-bounds along the baseline with six seconds remaining.

Regarding the final possession, Thompson said, “I didn’t want to go against a set defense. We went to a dribble-exchange, and Akoy set an on-ball (screen). He (Pryor) fumbled the ball.”

The Hoyas fouled senior guard Madison Jones, who made one out of two free throws. On the rebound, the Hoyas pushed the ball up the court but were unable to get a shot off before the buzzer sounded. 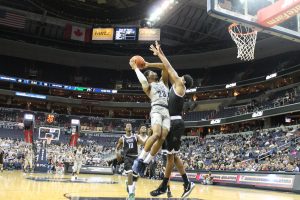 No Pryor Knowledge: Transfer shines in victory over Upstate 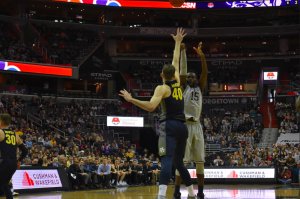 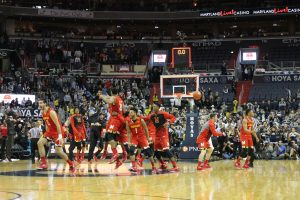