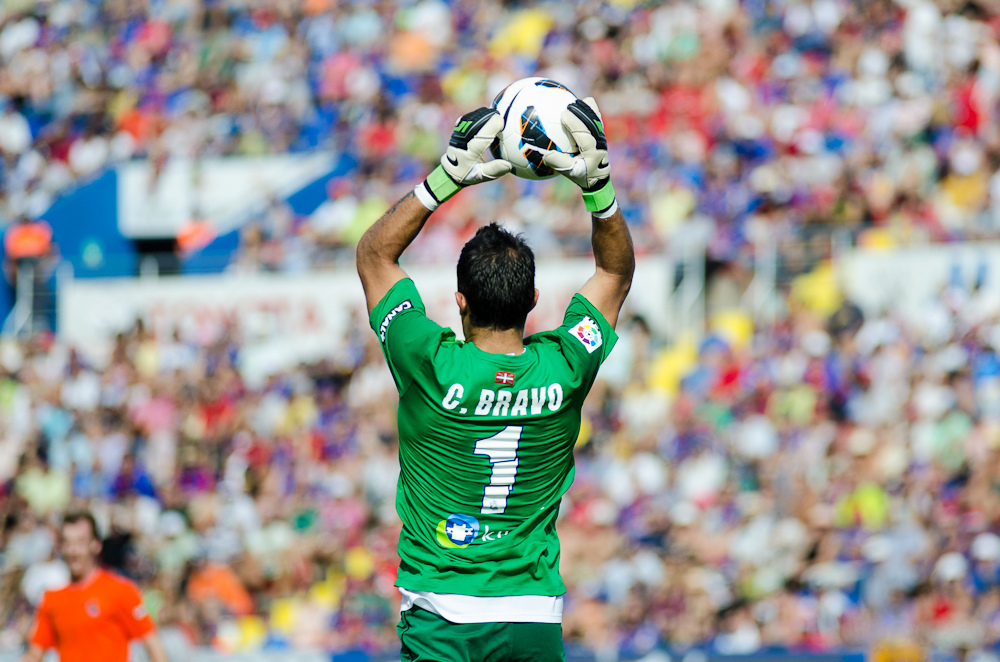 It’s been 39 days since Manchester City goalkeeper Claudio Bravo made a save in a match. That day itself, a 2-1 home victory against Burnley, which will be more remembered for Pep Guardiola’s shockingly somber press conferences (yes, that man did just win), also saw Bravo unconvincingly swing at a cross, letting Burnley back into it. After losing 4-0 to Everton and drawing 2-2 with Tottenham, Bravo has been dropped for Willy Caballero, who seems to have given City a bit more confidence.

Guardiola brought the former Barcelona goalkeeper to Manchester for £17.1 million in August 2016 ($22.6 million at the time) because he best fit the style of play that Guardiola had made his hallmark. The Barcelona’s 2011 side  is the benchmark of tiki-taka, while Guardiola’s Bayern Munich teams had the Bundesliga won by March because no one could win possession against the Bavarians. Integral to each of those teams are goalkeepers comfortable with their feet, and Victor Valdes and Manuel Neuer are both masters of their trade.

Joe Hart, now on loan with Torino in Italy, had a poor Euro 2016 and is nowhere near what Guardiola wants from his goalkeepers. Hart is the old-fashioned, bullish goalkeeper with a superb command of his area and an intimidating shot-stopper, but his distribution was lacking and it became apparent early in August that Guardiola had begun to freeze Hart out of the squad.

In came Bravo to be Guardiola’s desired goalkeeper, and for the first few matches, nothing seemed to be in City’s way. But Guardiola’s well-crafted scoring machine jammed with the injury of Belgian star Kevin De Bruyne, and Bravo’s frailties began to show. A Champions’ League group stage match at the Camp Nou, against Bravo’s old club, began to highlight Pep’s folly, as a poor performance culminated in a disastrous red card for a handball.

Previously, the Chilean had been widely regarded as one of the world’s best. He was a standout performer for Real Sociedad before the departure of Valdes at Barcelona opened the door for him and Marc-Andre ter Stegen. But after two stellar years in Catalonia and two Copa America triumphs with Chile, his time at City has seen his reputation falter, the highlights no longer bring miraculous saves, but blunders.

Bravo is athletic, has superb reactions and is, although his time with City may not reflect it, brilliant with the ball at his feet. He is the goalkeeper Guardiola wants, but of the three Guardiola has had at his disposal, Bravo is clearly a cut below Valdes and Neuer.

What Guardiola also had at Barça and Bayern were backlines that were superb in possession. Center backs Gerard Pique and Carles Puyol at Barça never panicked, and Jerome Boateng and whichever of Dante, Medhi Benatia, or Javi Martinez played ensured that Neuer always had a reliable short option to play without sacrificing solidity at the back. Moving to the outside backs, Dani Alves had the attacking ability of a winger and was as comfortable as the midfielders in possession, while Eric Abidal was never flashy, but was also never troubled in possession. When Guardiola arrived in Germany, he experimented with right back Phillip Lahm as a central midfielder, eventually deciding that he liked him playing there because he controlled the game so well, while Bayern’s left back, David Alaba, plays regularly in the midfield for the Austrian national team and is arguably the most technically gifted left back in world soccer today. But Guardiola’s past choices in the back have provided the technical skill to play the tiki-taka style without giving up defensive solidity.

For Bravo to succeed as he had with Barcelona, he needed a back four that similar to what he had in Spain with Alves, Pique, Javier Mascherano, and Jordi Alba. Instead, his center backs are Nicolas Otamendi and John Stones, both of whom are prone to mental lapses defensively, and the ever-injured Vincent Kompany. The outside backs are not much better; Pablo Zabaleta, Bacary Sagna, and Gael Clichy are capable defenders, but none are suited to the Guardiola style of play, which showed when Guardiola tried each out in the midfield.

Guardiola has a squad of defenders who are either suited to play out of the back but frail defensively, or are staunch defensively without the necessary technical ability to support Bravo from the back. As a result, attempts to be the domineering team who bossed possession all over the pitch have backfired on Guardiola, leaving him with a goalkeeper whose style of play is being exploited by the rest of the Premier League: Just lump a ball into the box and Bravo might fumble it.

Bravo has proven so ineffective that Guardiola has resorted to playing with Caballero, who is a serviceable deputy, but not title winning quality. This doesn’t so much call back to Pellegrini’s benching of Hart for Costel Pantilimon in 2013, but instead represents a surrender from Guardiola that he bet wrong on Bravo.

There is still time for Guardiola to find or develop a back line that can play his way, but City’s notoriously impatient owners won’t be willing to give him much more than is necessary. Maybe next season, he’ll have a team where Bravo fits. But for now, Bravo is a liability if he plays, and if City decided to cut their losses on him in the summer, it will be a very steep loss indeed. 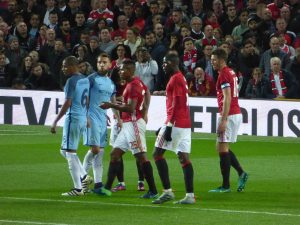