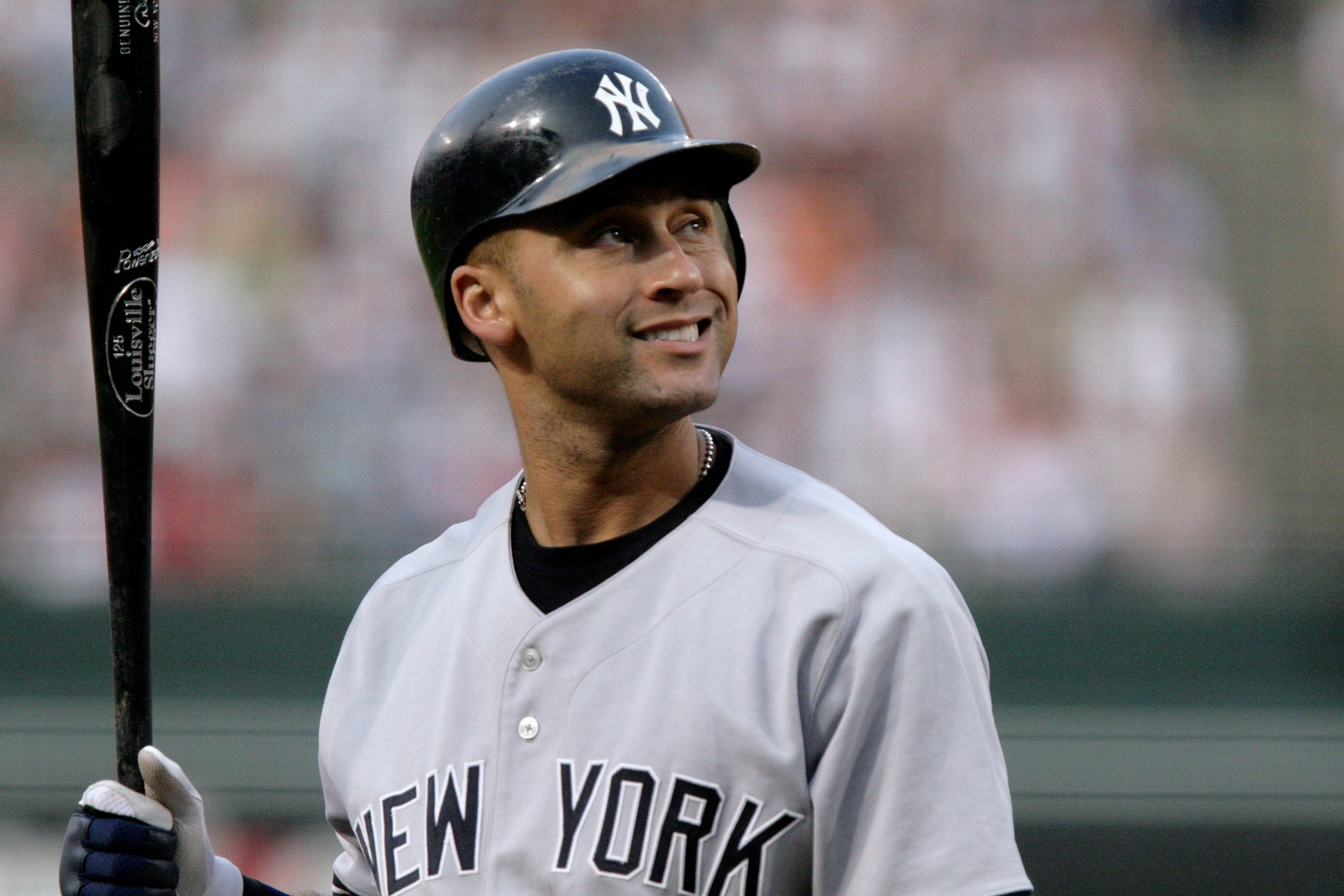 The name “Mo Lewis” probably doesn’t mean much to the average sports fan. Indeed, even as a Jets fan, I had to Google his name at his first mention because he is not cemented in Jets lore as an all-star player. Once I Googled his name, though, I quickly realized why he will forever live in infamy. On September 23, 2001, in the first quarter of a Jets-Patriots game, Mo Lewis tackled Drew Bledsoe on what seemed to be an insignificant play. Bledsoe stayed in the game for a few more snaps, before leaving the game with an injury from the Lewis hit. His replacement? An unknown sixth round draft pick out of the University of Michigan named Tom Brady. The rest is history.

As Brady methodically marched the Patriots down the field to score the game-winning touchdown against the Falcons in the most recent Super Bowl, the knowledge that I will have to listen to an entire offseason of Patriots fans bragging about Brady being the greatest of all time crept into my head. It’s hard to deny at this point. As difficult as it is to admit as a New Yorker, the Patriots’ domination may be something we never see again in the future of the NFL. Prior to the game, ESPN’s Ian O’Connor wrote an interesting, if slightly misguided comparison between the Patriots’ run of success and the immortal, indomitable, incomparable Yankees dynasty. (If you can’t tell by now, full disclosure, I am a Yankees fan.)

It’s difficult to compare baseball and football because, simply put, they are two very different sports. The lack of a salary cap in the MLB is far more conducive to keeping teams together than in the NFL, where teams have to be more strategic in how they distribute contracts to their top players. Conversely, a large part of having an elite team in the NFL is finding a great quarterback. Head Coach Bill Belichick (whose soul currently resides in the fifth circle of hell thanks to a Faustian bargain that guarantees him success) can rightfully take credit for much of the Patriots’ success, but it’s difficult to picture New England having the same triumphs without their number 12.

Brady’s presence has allowed the Patriots to have sustained success despite a revolving door of wide-receivers, running backs, and defenders. That’s not to take away from the job that Bill Belichick has done. Belichick has proven time and time again to be one of the most consistently great coaches in NFL history with his ability to improvise and mold his schemes to the strengths of his players. (Please excuse me as I go vomit after writing that last sentence.) But it certainly is not a bold statement to say that the lion’s share of the credit must go to Tom Brady for constantly elevating the play of those around him.

On the other hand, the Yankees dynasty was built on consistency across its 25-man roster. Sure, Derek Jeter was the face of the franchise and has been for the past 20 years, but one player (outside of a pitcher) cannot take over the game in the same way a quarterback can. Everywhere you looked, the Yankees were strong, not possessing superstars, but rather tough, selfless players like Jeter, Bernie Williams, Jorge Posada, Scott Brosius, Andy Pettitte, Paul O’Neill, and Tino Martinez, to name a few. On their own, these players were solid, if not spectacular. Together on the field, however, they constructed one of the greatest baseball teams of all time.

To fully appreciate these two dynasties, it is first vital to examine how they started. The Patriots dynasty started on a fluke injury; the Yankees dynasty started thanks to years of careful roster building. The Yankees were in a bad state in the 1980s. The press ate them alive, there was constant infighting among management, and the on-field product suffered as a result. The low point was probably George Steinbrenner’s lifetime ban from baseball in 1990 due to his hiring a gambler to dig up dirt on Yankees star Dave Winfield. (He would be reinstated in 1993.) The Steinbrenner suspension would prove to be a turning point for the franchise: with a brief respite from his meddling, general manager Gene Michael took time to build the Yankees’ farm system and lay the groundwork for the dynasty.

The Patriots’ victory over the Rams in 2002 is considered one of the great Super Bowl upsets in history, and it certainly is. The Rams, who were at the tail end of their “Greatest Show on Turf,” were heavy favorites playing against a first-year quarterback. Thanks to a brilliant game plan from Belichick, the Patriots won on a late field goal. But the Yankees’ victory in 1996 was just as much of an upset. The Atlanta Braves were considered the team of the 90s thanks to the three-headed monster of Tom Glavine, John Smoltz, and Greg Maddux, arguably the best pitching rotation of all time. The first two games went according to the script: the Yankees were blown out 12-1 in Game 1, and then shut out in 4-0 in Game 2. They then won three straight games in Atlanta and closed the series out in Game 6 in New York.

This comeback by the Yankees doesn’t get enough attention. It was the birth of the dynasty and an incredible feat: winning four straight games against some of the game’s best pitchers. Yes, the Patriots’ upset was impressive, but that’s also one game. Winning four consecutive games is a tougher feat. That’s not to take away from the Patriots’ achievement, but give the 1996 Yankees their due.

As the two dynasties progress, the Yankees get the obvious edge early on. From 1998-2000, they dominated the league. Here’s another big difference between the two dynasties: when the Yankees were at their peak, they were practically unbeatable. They notched 114 wins, and only lost two games over the course of the playoffs. When they got to the World Series, they swept the San Diego Padres in four easy games, and they would do the same to the Atlanta Braves in 1999. In 2000, they dispatched of the Mets in five games. Sure, their regular seasons may not have rivaled the Patriots’ 16-0 run in 2007, but when they got to the playoffs, they ran on autopilot. Even in 2001, at the tail-end of the height of the dynasty, the Yankees faced off against the 116-win Seattle Mariners in the ALCS and beat them in five games.

The Patriots choked in 2008. There’s no other way to put it. With the chance to become the first undefeated team since the 1972 Miami Dolphins, they were outplayed by the Giants and lost by the score of 17-14. They would lose to the Giants again in 2012. When the Yankees were at their best in the playoffs (where they had to win 11 games), they were nigh invincible. The Patriots, at their best, were beaten.

While the Yankees enjoyed a run of dominance between 1996 and 2000, they would never reach those heights again. In 2001, in one of the greatest World Series ever played, the Yankees had a 2-1 lead going into the ninth inning of Game Seven of the World Series. Mariano Rivera blew the save and the Diamondbacks walked off the field as champions. Buster Olney wrote an excellent, if slightly premature, book about how this Game Seven was the final gasp of the Yankee Dynasty. In some ways, it was. The Yankees reached the World Series in 2003 after an epic ALCS against the Red Sox, but lost in a rather unremarkable six games to the upstart Florida Marlins. In 2004, they collapsed in the ALCS against the Red Sox, and wouldn’t return to the ALCS until 2009, when they won their latest World Series. They reached the ALCS two more times, once in 2010 (where they lost the series 4-2 against the Texas Rangers) and in 2012 (where they were unceremoniously swept by the Detroit Tigers). Still, their remarkable run of making the playoffs (they only missed the playoffs once in 2008) between 1996 and 2012 give the grounds for counting these years as the full dynasty.

The Patriots have played in the last six AFC championship games. Their record is 3-3, but the feat of reaching the game for six consecutive years is nothing short of incredible. Similarly to the Yankees, the Patriots have missed the playoffs just twice since 2001, once in 2002 and again in 2008, when Brady was injured for the season with a torn ACL (they still went 11-5, but failed to make the playoffs thanks to the fact that Jets deliberately lost to the Dolphins in Week 17 to allow Miami to make the playoffs).

Both franchises have also seen their share of questionable ethics and controversial calls. The steroid craze undoubtedly had a big impact on the Yankees, with several players from the past 20 years accused of steroid use. The Patriots have had Deflategate and Spygate as stains on their resumé. There is also the infamous Tuck Rule game, and the Jeffrey Maier home run. No one ever accused these teams of being clean. But what is most noteworthy is how the teams have responded to such struggles. The Patriots responded to Deflategate with a Super Bowl victory, and Tom Brady held the team together through both of its major scandals. The Yankees haven’t responded so well. A-Rod’s illustrious career was irrevocably tainted by myriad scandals, and he was granted an ignominious end this past season.

Rodriguez came to embody the post-2003 years of the dynasty for the Yankees with his character issues and postseason struggles. But the franchise’s face would consistently be Derek Jeter. Jeter had a knack for getting the right hit or making the right play when the team needed it most: in Game 4 of the 2000 World Series, he led off the game with a home run for the Yankees. After the Mets took Game 3, Jeter’s shot righted the ship, and the Yankees cruised to a series victory (and a series MVP award for the Captain). In Game 4 of the 2001 World Series, he became Mr. November when he sent a walk-off homer into the right field stands to win the game. In 2003, he sparked the rally against Pedro Martinez with a double in the eighth inning of one of the most iconic Game 7’s of all time. And then, of course, the famous flip play. Brady undoubtedly has more game-changing plays in his career, but such is the nature of quarterbacking. Jeter’s repertoire of clutch plays seems unrivaled in today’s game.

Both dynasties are certainly impressive, and there’s every chance in the world that the Patriots dynasty doesn’t end with their latest Super Bowl victory, and if they add another one, it’ll be difficult to deny that their dynasty has usurped the Yankees. As of right now, however, the edge has to go to the Yankees. The Patriots have been relatively unchallenged in the AFC East, outside of brief flashes in the pan from the Jets, Bills, and Dolphins. The Yankees had to contend with a very good Orioles team in the late ‘90s, an upstart Red Sox team in the mid-late 2000s, and a surging Rays team in the late 2000s. They overcame injuries and bad press to consistently succeed during the regular season, even if the postseasons weren’t quite as friendly. The dynasty ended with Derek Jeter’s broken ankle in Game 1 of the 2012 ALCS. Brady looks like he could play for another four or five seasons, provided his arm doesn’t fall off beforehand. In a hyper-competitive NFL and a rapidly evolving MLB, these runs of success will be tough to come by again. So as Yankees fan, I have one piece of advice for Patriots fans: enjoy it while it lasts. The end is in sight, and it’s never pretty.