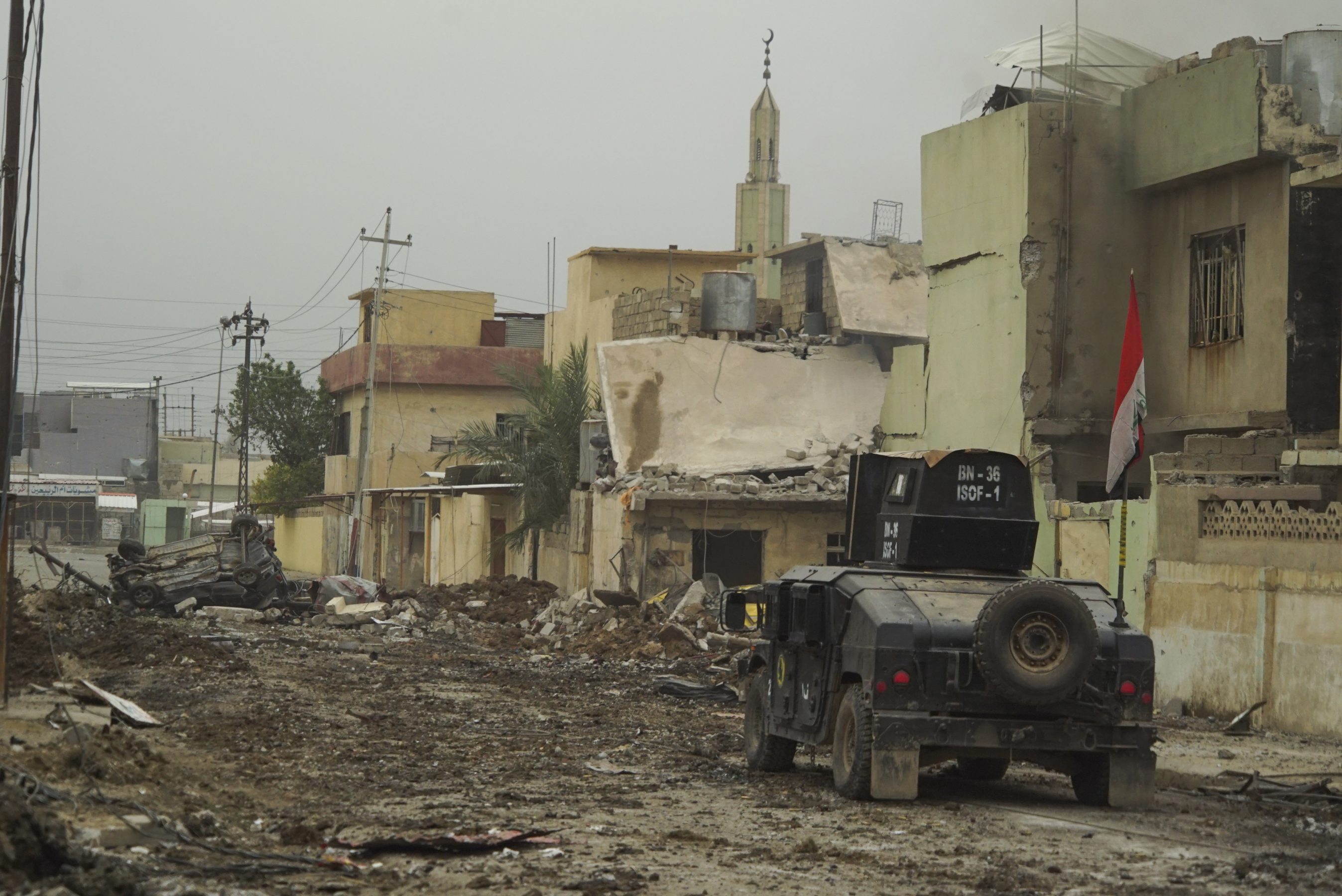 In March 1969, the Voice was founded in response to the Vietnam War, a conflict that had inflicted heavy civilian casualties. On April 27, 1971, this editorial board wrote, “We are more than tired of hearing about atrocities, massacres, and bloodbaths day after day…”

Forty-eight years since this paper’s founding, U.S. military actions are once again wreaking havoc abroad. This past week, an airstrike in Mosul killed 200 or more Iraqi citizens. While there is no definitive answer as to who was behind the attack, U.S. officials say there is a “fair chance” that American forces carried out the strike. The attack, a part of the protracted battle to free the city from ISIS control, has caused widespread shock for its sheer death toll. While civilian fatalities have long been a tragic part of America’s military presence in the Middle East, the atrocity in Mosul is, to quote the Los Angeles Times, “one of the deadliest in modern warfare.”

Since 2011, the U.S. has been involved in Operation Inherent Resolve, a coalition effort to fight ISIS in Iraq and Syria. Over the last six years, the coalition, led by the United States and including the United Kingdom, Turkey, and Saudi Arabia, has conducted strikes against ISIS targets in Iraq and Syria. Recent weeks have seen an increase in noncombatant casualties in the conflict. We believe that the United States must consider the effect on civilian lives before engaging in any military operations, with full understanding of the ethical implications of killing the innocent in a war zone.

The attack in Mosul comes in the midst of what is one of the bloodiest months in the American campaign against ISIS. Airwars, a group that monitors coalition strikes in the Middle East, reports that to date, 2,831 civilians have been killed in U.S.-led coalition strikes against ISIS targets in Iraq, Syria, and Libya, with 618 strikes thus far this month causing an estimated 1,472 civilian deaths.

The Times has reported that 500 bombs and mortars were dropped on the city last week and 880 were used the week before that. In total, there have been over 18,400 munitions used in the battle for Mosul, which started in October of 2016. When it comes to this battle for Mosul, we agree with Pope Francis’s statement that protecting the safety of civilians in the city is an “imperative and urgent obligation,” and call for the United States to take firm actions to reduce the civilian death toll in Iraq and Syria.

In his campaign, President Trump repeatedly advocated for policies in response to terrorism that deprived citizens in these countries the very rights of life, liberty, and the pursuit of happiness that we defend so adamantly here in the United States. This past month, he has enacted these policies to devastating effect, and is seeking out more ways to undo restrictions made to limit civilian casualties in counterterrorism strikes. We stand firmly against these attempts to loosen essential rules of engagement set in place to protect innocent Iraqis and Syrians.

We also find the lack of interest shown by the student body and the American populace at large in this conflict to be disheartening. In a democracy, it is the role of citizens to hold their government accountable and in check. Amid all of the different domestic scandals and news reports that have come out of the current administration, it can be easy to lose sight of our actions abroad. The risk of such oversights is especially high since the United States has been involved in a war, in one form or another, in the Middle East for almost the entirety of the 21st century. Because of this, we emphasize the importance of paying attention to American actions abroad and never forgetting the human cost of our foreign policy.

It should be noted that this problem is not unique to the Trump administration. Since George W. Bush invaded Afghanistan in 2001, the United States has been involved militarily in the Middle East, and civilian casualties have long been an issue. Operation Inherent Resolve started under President Obama, and his administration was in no way immune from criticisms regarding civilian safety. In many ways, we believe, the covert actions taken by the Obama administration in the Middle East opened the door for President Trump’s actions in the region. Still, we believe the actions taking place in Iraq and Syria today represent a dangerous escalation of something unconscionable on any scale.

When this editorial board first took its stance against U.S. actions in Vietnam, it did so because it felt that silence was not an option in the face of such horrors. Today, we feel a similar need to draw attention to American strikes in Iraq and Syria and the damage they have done. American foreign policy must take into account the people that it affects most around the world. When it fails to do so, it falls to American citizens to demand better of their leaders.