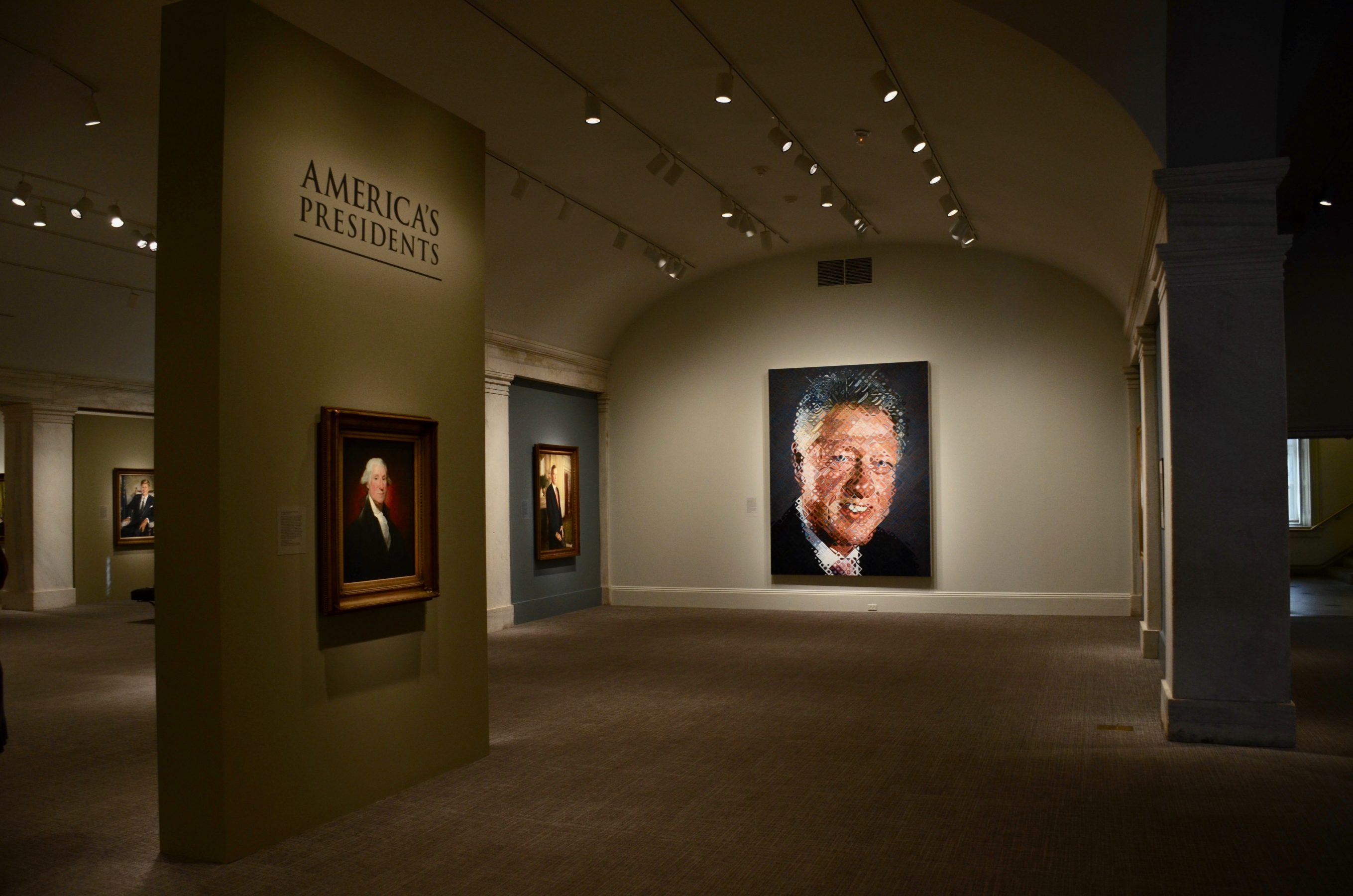 With its reopening and new additions, the Smithsonian National Portrait Gallery’s America’s Presidents exhibition traces the legacy of the American presidency through 44 holders of the office.

After closing for renovation on Feb. 26, the exhibition reopened on March 23 and will be open through Sept. 4. The popular collection now includes two portraits of 44th President Barack Obama by Chuck Close. Alongside the Presidential portrait collection, the current installation also includes Hindsight is Always 2020, an independent exhibition by artist R. Luke DuBois, in collaboration with the American Presidency Project of the University of California Santa Barbara. Together, these two installations inform a reflection on America’s highest office.

The layout itself harbours a great deal of commentary on individuals and the overall institution of the American presidency. David Ward, the National Portrait Gallery’s senior historian and director of scholarly programs, pointed out the ovular shape of the installation’s layout, noting that “The presidency is a constant dialogue between the past and present,” with no finite beginning or end. 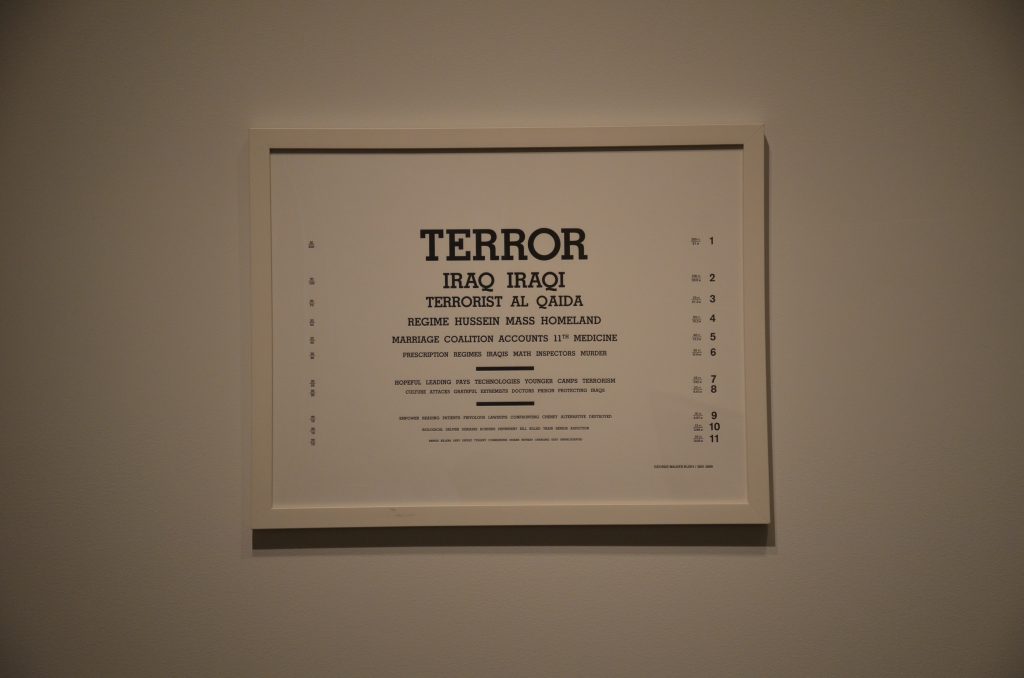 The dialogue of the presidency is a central focus of America’s Presidents, in great part due to the work of DuBois, showcased in the center of the exhibit. In Hindsight is Always 2020, DuBois created word clouds, mobilizing phrases from the State of the Union addresses of 41 presidents. Each president’s cloud is presented in order of word frequency and stylized as an eye chart. The end result is a bold and lucid snapshot of the dialogue of each presidency, with rhetoric unique to each leader and his time in office. The words serve as an aesthetically pleasing and educational complement to the portraits of each president, tracing a complete picture of their legacies through the installation. 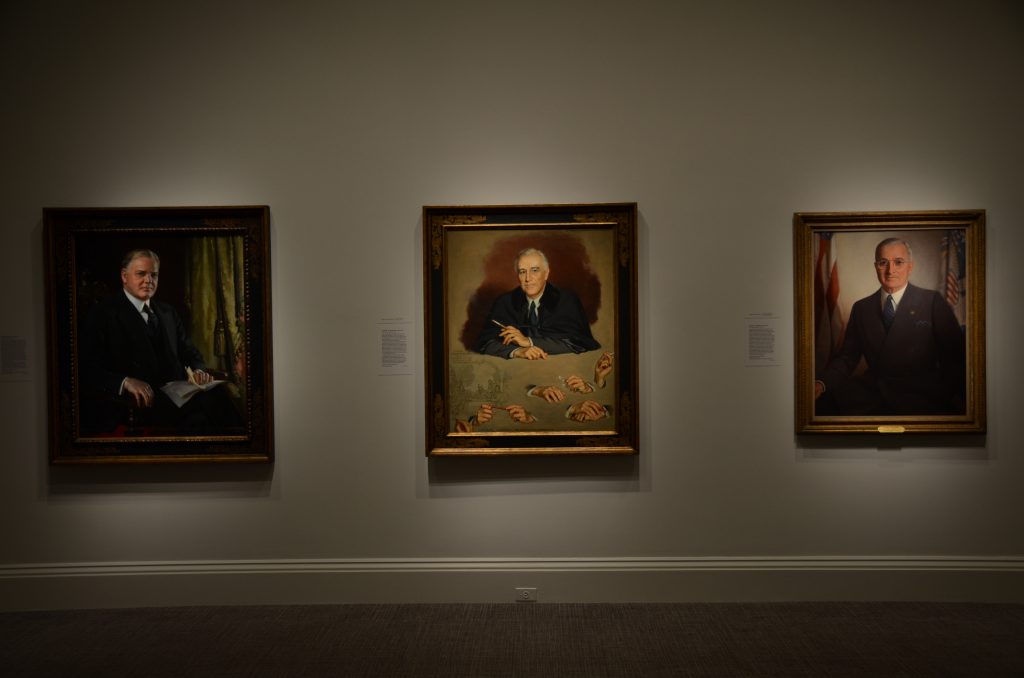 At the nation’s inception, the stature of the presidency as an office was nowhere near the magnitude of today. True power rested with the people and Congress—Americans were scared of a strong president, viewing such a leader as akin to a monarch. In the 19th century especially, the country had a great many “forgettable” or “mediocre” presidents, per contemporary rankings. Still, viewers will find that the space is relatively egalitarian, with the same amount of wall space devoted to James Buchanan and Andrew Johnson as is devoted to Franklin D. Roosevelt or Thomas Jefferson, and all in chronological order.

Though the presidency has spanned well over 200 years of American aesthetics, one medium has remained constant— almost all portraits have been done in oil. The preferred medium for presidential portraiture, oil is not damaged by light, and therefore oil paintings can stay on view for a long time. The public also views this artistic style as the most dignified way to depict America’s leaders, Ward said. 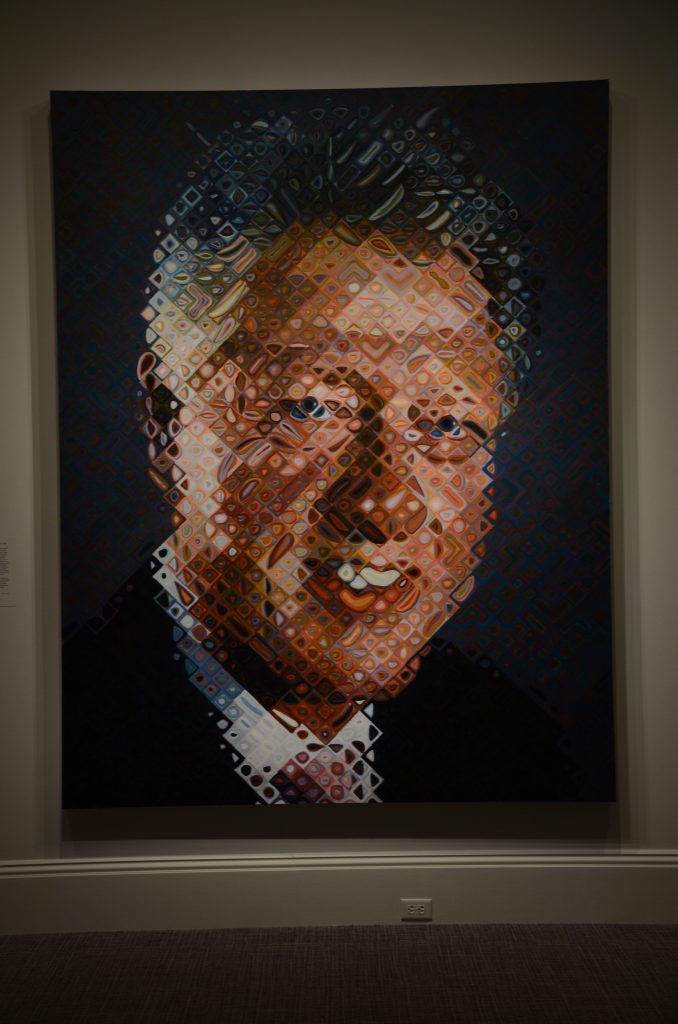 However, there are notable examples of deviation from the typical styles and mediums on display in the installation. Bill Clinton’s portrait, painted by artist Chuck Close, was completed as an oil on canvas, staying true to the typical medium. However, Close paints in a much more abstract style, unusual for a presidential portrait. Close began by choosing a photograph of the former president, one used for a 2005 cover of New York Magazine. For the painting itself, Close superimposed a grid on the photograph and canvas, and added colorful abstract sections into each square. Former President Clinton’s portrait is not the only notable work that deviates from the classical portraiture style. President Obama joins the ranks of the 43 preceding presidencies for the first time with another Close work. Close created a paired piece of Obama, utilizing woodburytype in two portraits, displayed side by side. 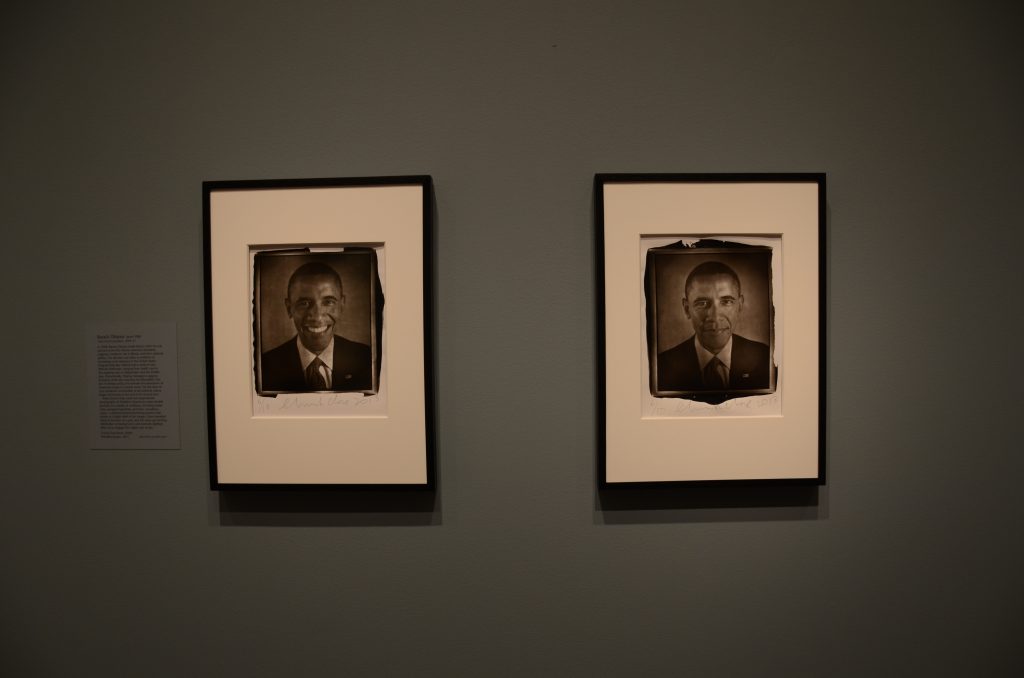 A great deal of variety can be found even within the marriage of classical portraiture and oil on canvas. Consider the juxtaposition of Richard Nixon’s portrait as painted by American great Norman Rockwell with Adrian Lamb’s copy of Philip Alexius de László’s portrait of Theodore Roosevelt. Roosevelt sits upright, hands holding a riding crop and gloves, with a muted palette and little saturation of colors. Nixon, on the other hand, stares thoughtfully into the eyes of the viewer as he relaxes, head resting on hand. Rockwell uses deeper contrast and a warmer palette to paint Nixon as wistful and approachable, a divergence from the regal, distant portrait of Roosevelt. Portraiture has the ability to lend a warm personification to the worst of American politics while turning a larger-than-life leader into a distant figure. 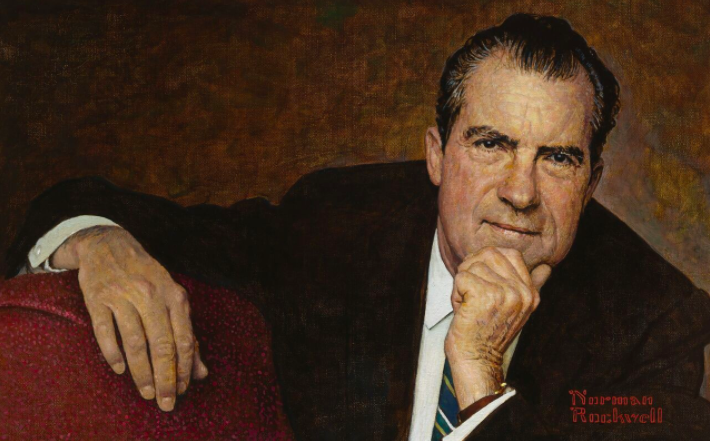 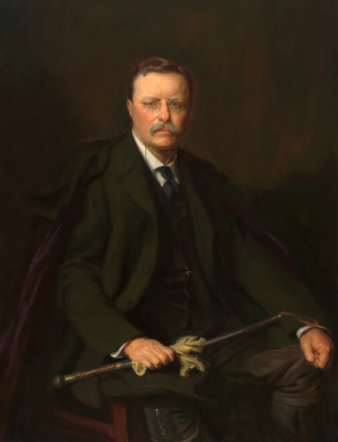 The National Portrait Gallery’s establishment in 1962 makes it a relatively new museum. The presidential portrait collection predates the Gallery itself, as it began as an effort to find paintings of the presidents in 1950, per Brandon Fortune, chief curator of the National Portrait Gallery. Portraits within the collection cycle in and out of display within the Gallery as part of this installation. For example, on Sept. 22, Gilbert Stuart’s famed “Lansdowne” portrait of George Washington will be back on view in the newly refurbished America’s Presidents gallery, after 18 months of careful conservation and analysis. America’s Presidents is the nation’s only complete collection of presidential portraits outside the White House. In this sense, the installation is truly rooted in the Portrait Gallery’s mission to tell the American story through the individuals who have shaped it. 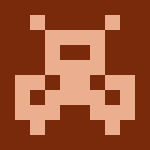 Sahil Nair
Sahil Nair was a former social media editor of The Voice in 2016.

Duplicity as Identity Exhibits our Development