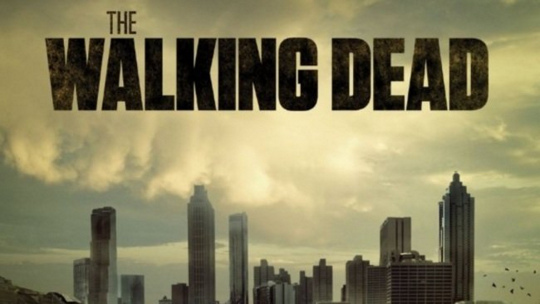 Spoiler Warning: This article discusses events in The Walking Dead leading up to the finale of Season 7.

Well, another season of the most watched show on cable television has come and gone. This Sunday, The Walking Dead aired it’s season 7 finale, titled “The First Day of The Rest of Your Lives.” It was the exact tension-filled, action-packed closer this season needed.

The episode starts off with a close-up shot of Sasha (Sonequa Martin-Green), who in an attempt to kill Negan (Jeffrey Dean Morgan), found herself in his capture. Negan, being the show-off he is, wants to deliver Sasha back to Rick (Andrew Lincoln) and Co. in Alexandria, alive in a coffin. Sasha obliges, making Negan agree that only one person has to die. Ignoring the question of where Negan even got a coffin in the middle of an apocalypse, the episode focuses a lot on Sasha’s moments in that coffin, where she eventually uses the pills Eugene (Josh McDermitt) made to kill herself. Her telling Negan that only one person had to die made it pretty clear that she was not going to make it out of the episode alive. Her death was predictable and lacked the emotional punch one would expect from the death of a character who’s been in the series for five seasons now. However, it was a fitting send off for her as it was the exact distraction the Alexandrians needed to start fighting Negan.

We get shots of Carol (Melissa McBride) and Morgan (Lennie James) over at the Kingdom making their way to Alexandria to make an alliance to fight Negan and of Maggie (Lauren Cohan) over at the Hilltop deciding whether she should send her people to Alexandria to help fight Negan. The shots make it obvious that these two groups are going to join the fight; it is just a matter of when. When Negan finally arrives to Alexandria, we find out that the garbage pail people who Rick had formed an alliance against Negan with were actually on Negan’s side the whole time. It was a genuinely shocking reveal that had me jumping out my seat. Words are exchanged, Sasha’s reanimated walker body comes out the coffin taking Negan by surprise and the fighting begins. It is thrilling, it is intense, and it is short because Negan and the garbage pail kids quickly round up Carl (Chandler Riggs) and Rick.

And it is the following scene that shows exactly why Negan made this season. He is a brilliantly horrifying villain. As he’s talking to Rick, with his infamous barbed wire bat Lucille in hand, I was actually nervous he would kill Carl. I knew in the back of my mind that they probably wouldn’t kill Carl; he is the protagonist’s son after all. But I was still scared because it’s Negan. Every scene he has been in this season, I wasn’t exactly sure what he would do. Is he going to kill someone? Is he going to let them go? That tension I feel whenever he enters the room is exactly how a good villain is supposed to make the audience feel.

Thus, even though a part of me knew Carl couldn’t die, I was still scared that Negan just might do it. And he would’ve, if the Kingdom and the Hilltop hadn’t come and saved the day. Granted, it is very deus ex machina of them to come just when Negan is about to swing his bat against Carl’s skull. But it still made me throw my fist in the air with excitement.

The episode ends with another, longer fight and Negan declaring that they are going to war against Rick’s group. On it’s own, it was a strong finale as it finally brought together Alexandria, the Hilltop, the Kingdom and the Savoirs for one big confrontation.  However, the main issue I have with the episode isn’t the episode itself, but that we had to wait 16 episodes to finally get the characters to just say that they’re going to war. This season started off boldly, killing two main characters right off the jump, one who had been on the show since the very beginning. But after that brave starter, the season struggled to tell the story leading up to war in a way that didn’t feel like the story was dragging. And when we finally get the confirmation that they’re going to war, it’s in the finale, so we have to wait until fall to actually see the war. The season was basically a lot of build up, with not a lot of payoff.

And maybe we’ll see the payoff in season 8, when the war begins. But that doesn’t change the fact that season 7 didn’t have that payoff. That leads me to worry about how they plan on handling the war in season 8. It can’t span the entire season, otherwise season 8 will have the same problem season 7 did. However, once the war is over and Negan and the Savoirs are defeated (because we know they will be), where does the show go from there? Do they put the focus back on the zombies as the main threat? It is a zombie apocalypse show after all, and for over a season now the zombies have been little more than a decoration for the main plots. Or do they introduce another big bad and have our main characters go through the same cycle of beat the villain, find a new place, settle down, meet another new villain, people die, beat the villain, rinse and repeat?
Based on the track record of the show, I’m willing to bet that another villain will be introduced not too long after Negan is defeated. How they will do that in a way that is fresh and not repetitive, I’m not sure. With that being said, I still have faith in The Walking Dead. This finale was a fantastic episode, even with it’s flaws, and it gives me hope that season 8 and this war storyline will be just as thrilling. The show has a lot of problems and I am unsure of where they will go once this storyline is wrapped up, but I still care about these characters and I still have a lot of fun watching  — and isn’t that the point? So I’ll still be around come October when season 8 begins. Let’s hope they get this one right. 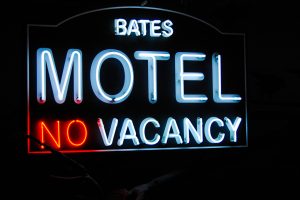 Bates Motel’s Tragic Final Hour is One for the Ages