Fun Home Remembers the Joy and Pain of Looking Back 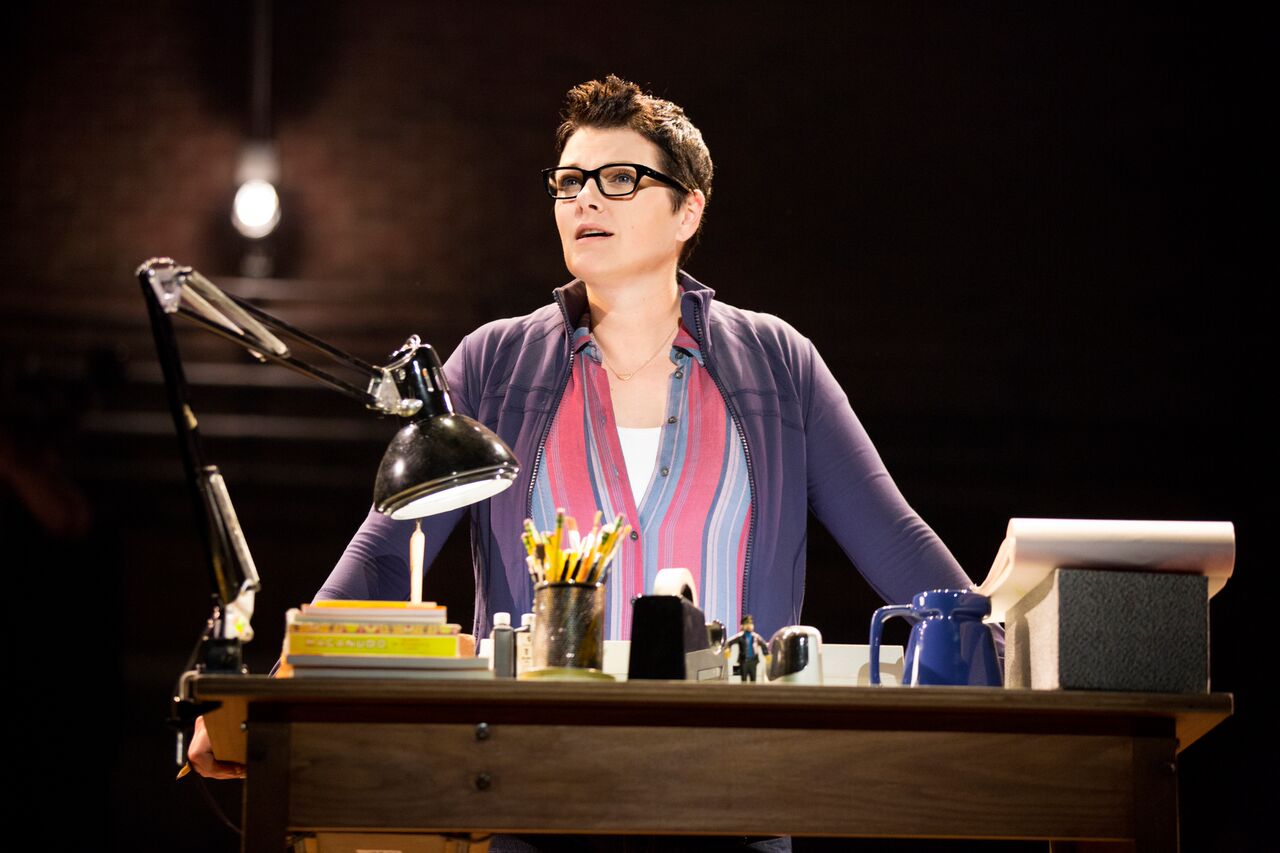 I had my qualms about Fun Home. The national touring production of the five-time Tony winning musical was coming to D.C.’s National Theatre and my expectations were stratospheric despite my best attempts to temper them, which means disappointment was almost inevitable. Even with the Tony’s stamp of approval—its 2015 haul includes Best Musical, Best Score, and Best Book—I couldn’t fathom how creators Jeanine Tesori and Lisa Kron managed to translate Alison Bechdel’s superb 2006 “tragicomic” of the same name to a genre often associated with elaborate dance numbers and weepy ballads. Stranger things have become musicals before—look to Hamilton or the indefatigable head-scratcher that is Cats—but Bechdel’s literary prose and intricate, non-linear narration seemed to defy adaptation. Not to mention the premise: Fun Home, the first Broadway show boasting a lesbian in the leading role, features cadavers, sex with underage boys, and suicide.

I shouldn’t have worried. Within the first seven minutes, as the entire cast had assembled on stage to sing the goose bump-inducing crescendo of the first song “It All Comes Back,” the audience seemed to collectively hold its breath. Luckily, and impossibly, the rest of of the musical only got better.

Fun Home begins simply: a woman with a cropped haircut walks onstage and stands at a desk. This is Alison, (Kate Shindle, winner of Miss America in 1998,) and it is her memories that will drive the musical as she reflects on her childhood, college years, and fraught relationships with her father and mother. Shindle, whose powerful singing voice was one of the first signs I had that this cast was of the highest caliber, shares the spotlight with two younger iterations of herself, Small Alison (Alessandra Baldacchino) and Medium Alison (Abby Corrigan). The Alisons are joined by father Bruce (Robert Petkoff), mother Helen (Susan Moniz), brothers Christian and John (Pierson Salvador and Lennon Nate Hammond) and her college girlfriend, Joan (Karen Eilbacher). Robert Hager rounds out the cast, playing various young men with whom Bruce is involved.

Though deprived of a theatre-in-the-round and a stage that allows furniture to disappear and reappear magically (the original Broadway production had both), this Fun Home still benefits from Ben Stanton’s creative lighting. Some highlights of his work include a single horizontal beam standing in for an oncoming truck’s headlights and overlapping squares of light projected on a white wall symbolizing comic frames. However, the musical primarily engages through the sheer force of its performances and beautiful score.

As Small Alison, Baldacchino stars in two of the musical’s most unabashedly joyous moments as well as one of its most affecting. In “Come to the Fun Home,” she wiggles along to a DIY musical advertisement for the family funeral home; in “Raincoat of Love,” she directs an idealized version of her family in a coordinated disco dance. And in “Ring of Keys,” Baldacchino voices a moment of one-sided recognition when she sees “an old school butch,” singing pointedly, “I know you.”

Corrigan—with her hesitant posture and deer-in-the-headlights expression—is reliable comic relief as Medium Alison, a student who is uncertain about her place in the world. Her big number, the post-sex “Changing my Major,” is one of Broadway’s sweetest, most truthful love songs in recent memory, all while subverting its history of heteronormativity. Corrigan elevates Tesori and Kron’s already spot-on music and lyrics with her triumphant awkwardness, effortlessly conveying the trappings of first lust. (As Joan, Eilbacher is Corrigan’s perfect foil: the epitome of self-assured cool.)

As her character does, Shindle mostly reacts and comments while past selves Baldacchino and Corrigan get to do most of the doing. But Shindle is a great narrator; she’s hilariously exasperated when she relives Medium Alison’s embarrassing first times, and she’s rapt as she watches her father’s unseemly past unspool in front of her. In a heartbreaking scene, Shindle strives to have an honest conversation with Bruce one last time, only to discover that he can’t—or won’t—meet her halfway. It’s devastating, and Shindle’s emotive singing brings the tragedy of their missed connection home.

Though he seduces high school boys and assaults his wife with vitriol, it is impossible to demonize Bruce, a credit to both Kron’s book (which gives him more leniency than even Bechdel’s graphic memoir) and Petkoff’s nuanced performance. Petkoff is cold when he briskly switches off Alison’s favorite program, and tender when he softly sings to her moments before he sneaks out to meet men. He is playful when he bangs out an old tune on the piano, and agonized when he sings “Edges of the World,” stumbling around the stage as he watches his foundation crumble. And though Helen is not the central parent of this story, Moniz matches Petkoff’s inner turmoil with dignity and suppressed rage. In a musical filled with breathtaking numbers, Moniz’s charged delivery of “Days and Days”, a song about years of regret and disappointment, is perhaps its most mesmerizing.

Live theatre carries with it the potential for true transcendence and Fun Home is no exception. It knows that there is only one Alison Bechdel; we will never find perfect reflections of ourselves in her life. To relate to its themes does not require you to be a lesbian, or a cartoonist, or the daughter of a gay funeral home director. If that were the case, I would imagine, it would be difficult to fill the seats. It does ask the audience to watch with compassion and empathy and to recognize the universality of love and looking back. With that, Fun Home gifts the audience the chance to dig deep, make a connection, and find their way home.