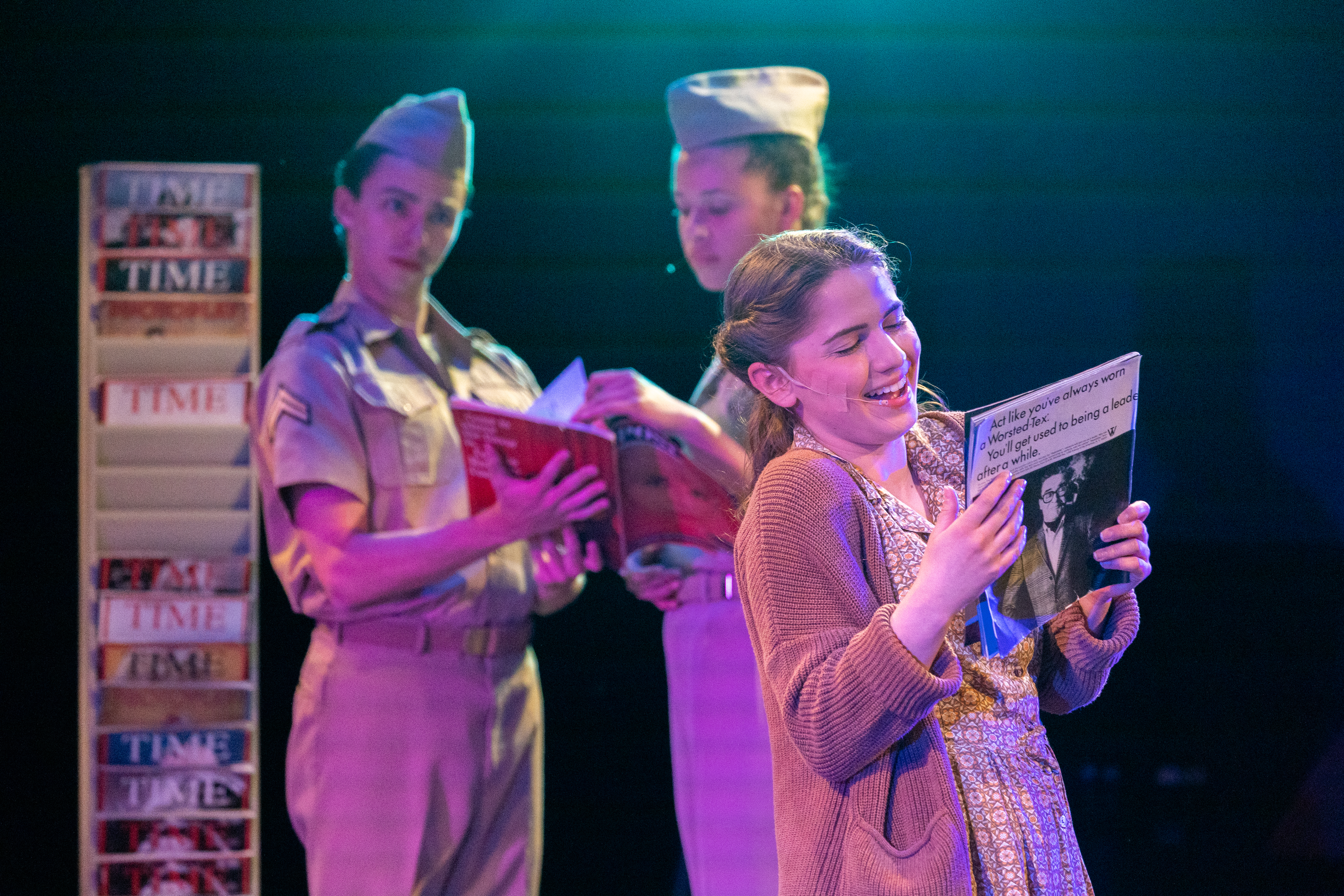 How far would you travel for a miracle? How strongly would you have to believe in a higher power to risk all your hopes and dreams? For one young woman with a tragic past, no distance would be too far and her belief in God could not be stronger.

Mask and Bauble is back with another senior thesis project: Violet the musical, with music by Jeanine Tesori and libretto by Brian Crawley, is based on the book “The Ugliest Pilgrim” by Doris Betts.  Margaret Gleason (COL ’22) skillfully directs this gospel-filled musical about faith and discrimination in the south. Prior to seeing the show, all I knew was that Sutton Foster had played the titular role of Violet on Broadway. I had no sentimental attachment or preconceived notions about any aspect of the show, and yet it stuck with me for days afterwards. The strong dichotomy between hope and tragedy in the narrative and Gleason’s impactful directorial choices turned the show into a beautiful, lingering memory.

Violet is the story of a young woman, Violet Karl (Caitlin Waugh, COL ’24), whose face was severely scarred as a child, and her adolescence in North Carolina in the early 1960s. Due to her appearance, she faces discrimination and emnity, and is cast out from society. In this state of hopelessness, Violet turns to her faith. In hopes of healing her scar, she resolves to make a pilgrimage to a televangelist in Oklahoma who claims to work healing miracles. Along the way, she meets people from all walks of life. Most notable are two soldiers: Monty, who is white, and Flick, who is Black. The two men deeply affect Violet’s view of the world and transform her view of herself. Her physical, emotional, and spiritual journeys all heal her in unexpected ways.

The musical, performed in the black box of the Davis Performing Arts Center, had a rectangle of turf on one end and a live band on the other, with the audience along either side of the stage. There was no barrier between performers and audience; it felt like the audience was on the bus with Violet as she journeyed across the south.

Interestingly, despite Violet’s claims that she is ugly, there is no visible scar on her face. In an email to the Voice, Gleason said, “That choice is actually dictated by the script! A production could in theory choose to depict the scar, but it is written into the text as authorial intention to not show it literally.” She felt this specification was appropriate and especially useful in her production saying, “…particularly in an intimate theater… and with an actor who doesn’t have a facial disfigurement in the role, I think it helps the audience focus on the storytelling rather than the believability or not of prosthetics. It also allows us to be unsure of whether Violet has had a miracle or not when she believes she did, which raises the emotional stakes of the final scenes.”

While the leads were strong, it was the ensemble that stood out.  In the case of the lead solos, the overuse of vibrato distracted from the words and notes they sang. Instead, the group numbers and non-lead solos carried the show’s musicality. The group numbers were humorous and hopeful, which made them especially impactful in a musical that dealt with some heavy themes. All of the ensemble solos were jaw dropping—the gospel soloist on the televangelists show (Cameren Evans COL ’24) had the whole audience enraptured and cheering. Despite the many tragic parts of the story, like the origin of Violet’s disfigurement— her father accidentally slashed her face with a hatchet while he was trying to chop wood–the show was surprisingly comedic. One number that embodies this lighthearted spirit particularly well is “All To Pieces,” in which Violet describes the various facial features she wants to have after she is healed by the miracle. Violet’s dream of a more hopeful future is contrasted with Monty and Flick’s teasing, laying bare the tragedies of her past.

Gleason expressed another perspective on why “All to Pieces” is one of her favorite numbers, “As young women we are bombarded from such an early age with impossible-to-achieve standards. I think Violet really captures in that song what it feels like both to love and admire famous women and to be terrified deep down that no one will ever love us the way the whole world loves them.”

The cast and crew of Violet put on a great show which is particularly impressive considering all the trials the pandemic has put them through. At the beginning of rehearsals, university policy mandated that everyone wear masks, then that policy changed and masks were optional, and then, the opening weekend of shows were canceled because several cast members had Covid. Right after the show closed, it was back to masks. This constant back and forth takes a physical and mental toll on performers but Mask and Bauble was able to produce a high quality show regardless of the trials and tribulations. The cast, crew, and incredible understudies all persevered and gave the Georgetown community a great and memorable production. 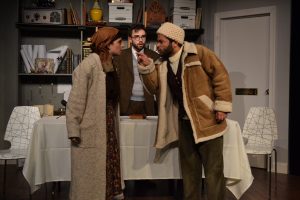