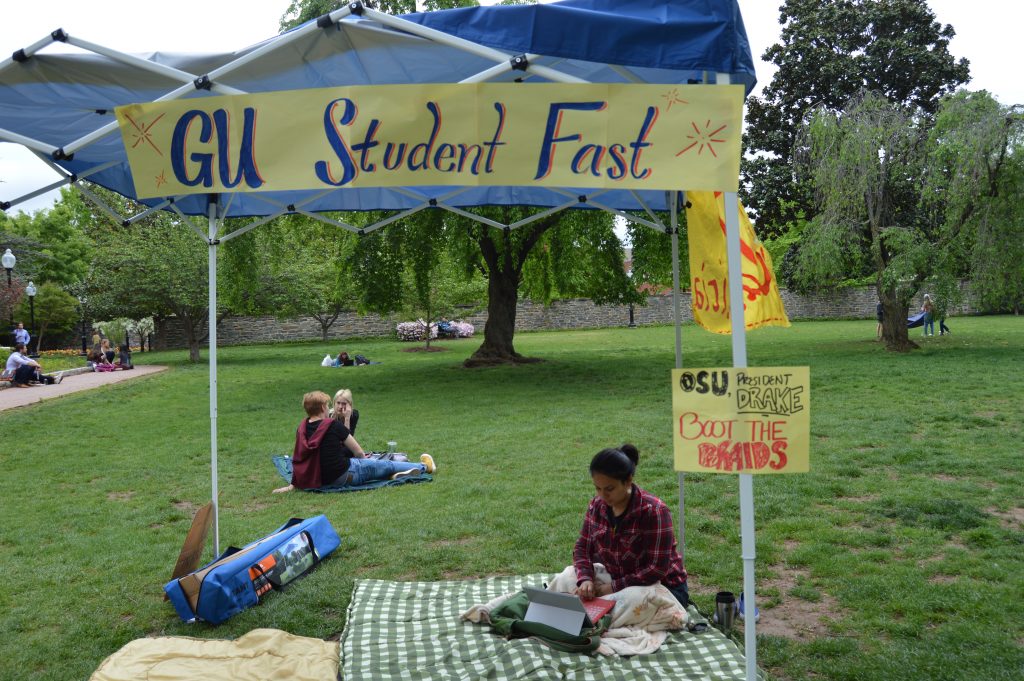 Students fast in support of protest at Ohio State

Six Georgetown students fasted from sunrise on April 26 until sunset on April 27 to protest Ohio State University’s (OSU) ongoing contract with Wendy’s. The fast, organized  by Georgetown’s chapter of the Student Farmworker Alliance (SFA) was part of a rolling fast held on a number of college campuses across the country. The students at OSU are demonstrating against what they consider to be Wendy’s unethical sourcing of tomatoes.

Pamela Escalante Gonzalez (SFS ‘17), cofounder of the Georgetown chapter of the SFA and one of the students fasting, said that the demonstration was intended to show support for a fast held at OSU in March. “The purpose of the fast is to support the rolling fast that has been called by the 19 students at the Ohio State University who fasted in order to push their president, President Drake, to cut the contract with Wendy’s on their campus,” she said.

Students at OSU began fasting to demand that their university end its contract with Wendy’s in response to Wendy’s failure to adopt the Coalition of Immokalee Workers’ (CIW) Fair Food Program (FFP). The program is an agreement between farmworkers and retail food companies designed to protect farmworkers’ working conditions and wages. McDonald’s, Burger King and Subway are among the retail chains which have signed on to the FFP.

Heidi Schauer, director of corporate communications for Wendy’s, criticized the CIW for supporting the students’ fast. “We find it irresponsible for this group to support their commercial agenda by encouraging young people to forgo nutrition and endanger their health,” she wrote in an email to the National Catholic Reporter.

In addition to the fast, faculty members, organized by Professor Joseph McCartin, have written a letter to Michael Drake, president of OSU, asking him to end his university’s contract with Wendy’s. McCartin wrote in an email to the Voice that he was concerned about the effect of Wendy’s refusal to sign on to the FFP. “Wendy’s decision to ignore it threatens to undermine labor standards that we’ve been working so hard to raise in recent years,” he wrote.

McCartin added that he saw the fast as a commendable demonstration. “The participating students are some of our most committed scholars on issues of labor and human rights,” he wrote. “They’ve taught many of us in the faculty as much as we’ve been able to teach them. Their commitment is admirable.”

Students participated in the rolling fast by resuming the fast at their university after it ended at the previous university. The fast at Georgetown was followed by a fast at Notre Dame University from April 26 to April 29.

Jake Maher Jake Maher is the former executive news editor and editor-in-chief of The Georgetown Voice. 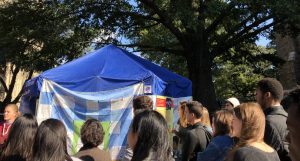