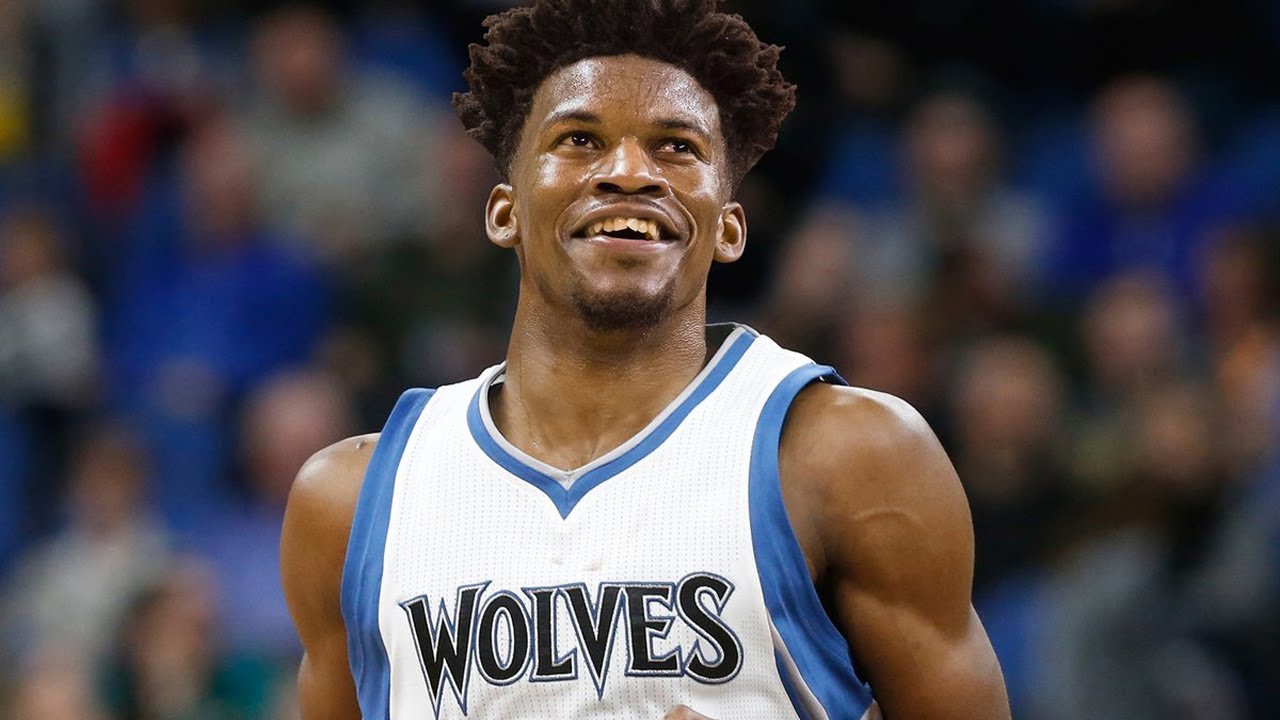 For NBA fans, draft day is a lot like Christmas. But on NBA Christmas, only the bad teams get gifts, while the good teams get the basketball player equivalents of coal (unless you’re the Celtics). And unlike a traditional gift exchange, trades are not just permitted, but encouraged. There’s no angry aunts or uncles to upset, just the fact that the players involved in trades have to pick up their lives and start anew somewhere else (Okay, that conversation might be slightly more difficult than telling Aunt Karen you don’t need six pairs of tube socks). Let’s take a look under the draft-day trade tree this year.

This trade looks like highway robbery for the Timberwolves. In today’s NBA climate, where the Warriors and Cavaliers wield almost hegemonic status over their respective conferences, it’s hard to sell stars for elite young assets. Teams are less willing to go into win-now mode because, no matter what, it’s hard for them to envision getting by the Warriors in a seven-game series. The Celtics are playing this perfectly, by accumulating a bench full of high draft picks while simultaneously building a contender through free agency, punting on any trade that would force them to decide between the two. The Bulls are not. The Celtics, a team that remained in the Butler sweepstakes until the end, understood this was a buyer’s market. The Bulls did not. Make no mistake, Chicago got close to the best deal they could’ve gotten for Butler, but they moved at the wrong time. Had Chicago waited until mid-season to make this deal, maybe they could’ve found a better return for a star like Butler. Dunn, a disappointing top five pick who only contributes on defense, and LaVine, a player whose entire game is predicated on his freakish athleticism but is coming off ACL surgery, are not enough for an All-NBA caliber player in his prime. Even salary-wise, LaVine will require a contract extension before the season if the Bulls want to commit to him long term, which means the Bulls already have to gamble big money on him coming back at full strength next season.

The Timberwolves, on the other hand, are now a playoff team and will probably be the heir-apparent Western Conference champions after the Warriors win the next four. For a team that blew 22 double-digit leads last season (their record would’ve been 53-29 instead of a pathetic 31-51), Butler is the closer they need. They also get Karl Anthony Towns’ backup for the future in Creighton’s Justin Patton.

As for the picks, there was absolutely no reason to include the 16th pick in the deal on the Bulls’ end – Minnesota in all likelihood would’ve caved without it – and their choice with the 7th pick, Arizona forward Lauri Markkanen, while a good player, wasn’t the best player available at the time. A much better choice would have been NC State guard Dennis Smith Jr., who has an extra ACL due to a genetic mutation and claims to have added eight inches to his vertical since his first ACL tear. Smith was the better prospect, and he could’ve been the player the Bulls built around for the future. Instead, Chicago is hopping in the tank without finding its commander first.

Great move by both sides here. While I’m not as high on Portland’s choice Zach Collins as most are, he’s the type of player Portland needs going forward since they build around their two star guards. He can play either big spot, has the shooting touch to hit the NBA three, and blocks shots at a deceptively high rate for his average wingspan. Collins will pair with Jusuf Nurkic in a Blazer frontcourt that is just missing a quality small forward for the future. While the deal certainly helped the Blazers, it probably helped the Kings more. Sacramento, after getting their guy with De’Aaron Fox at number five, picked up possibly the draft’s most well-known asset at number fifteen in Justin Jackson, the UNC standout who will be ready to contribute immediately as a bench scorer. At number 20, Sacramento went with the draft’s biggest unknown, Duke forward Harry Giles, the former number one player in the draft class before a pair of ACL injuries. Giles was the type of big man in high school that reminded the NBA world how much it missed a dominant interior big man who played elite offense and defense around the basket. If Giles is 85% the player he was before he got hurt, this trade is an absolute steal for the Kings. If he isn’t, it was definitely a risk worth taking.

This trade makes equally little sense for either team, which means it can probably be chalked up to Utah having a personal affinity for their pick at 13, Louisville shooting guard Donovan Mitchell. Utah has a dearth of young twos, with Rodney Hood, Alec Burks, and Dante Exum all holding down that spot. I don’t see much of a reason for them to give up on Lyles, a former lottery pick at forward going into his third year. With Gordon Hayward possibly on the move, it’s good to have young forwards with potential on the roster, regardless of how disappointing Lyles has been at the start of his career. Unless they plan on moving Rodney Hood to small forward, I don’t see this as a great move for Utah. Denver gets a pair of young power forwards to develop in a possible Kenneth Faried trade scenario, as Tyler Lydon at 24 is a solid pick and someone who can contribute right away with his shooting.

Winners: The 76ers, the Lakers, and the Warriors

None of these deals are all that significant, so I’ll group them together and talk about all of them. Philly went after another draft-and-stash in Pasecniks, hoping he’ll be the next Dario Saric. He’s got shades of Kristaps Porzingis in his game, and not just because he’s a European big man. The Lakers smartly snapped up another pick by trading back two spots. Hart can contribute immediately off the bench, and Bryant both has the same last name as Kobe and could become a nice project player for a team that has done well with developing its second rounders in the past few years. The Bulls giving up Bell is a real head-scratcher. I played with the guy in high school, so I got to see him play every day for two years, and he has serious potential as a versatile defender and shot blocker. If anyone lost this draft, it’s the Bulls.

And that’s it. There are still a lot of moving parts yet to move in this NBA offseason. If this draft told us anything, it’s that the league will see its fair share of shake ups this summer. Strap in, cause it’s gonna be one hell of a July.