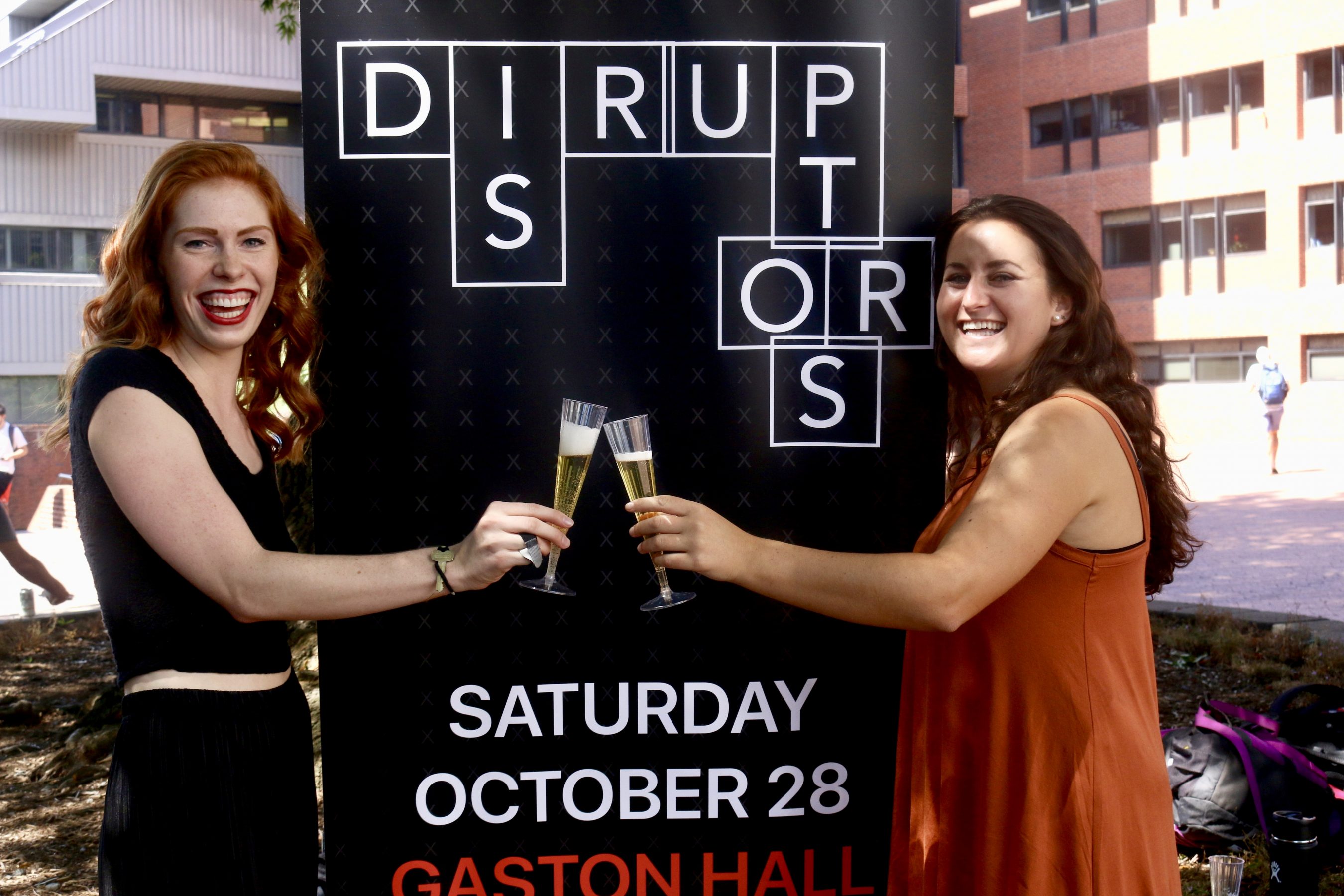 TEDxGeorgetown announced that “Disruptors” will be the theme of this year’s conference on Friday afternoon. Club leaders displayed a poster in Red Square bearing the event’s theme and shot streamers from party poppers, alongside red and white balloons, sparkling cider and themed cupcakes.

The Oct 28 event, the seventh annual installment at Georgetown, will highlight speakers who embody a convention-breaking spirit. Speaking will be Ahmad Ashkar, CEO of new Georgetown restaurant Falafel Inc., SmileyGo CEO Pedro Espinoza, and Georgetown government professor Lise Howard. TEDx organizers are in in the process of interviewing student speakers for the event and choosing a fourth outside speaker.

TEDxGeorgetown co-chair Gigi Grimes (MSB ‘18) said that having a theme launch, the first time that the theme has been announced with an event rather than on Facebook, was intended to build excitement for the event in keeping with the theme. “Disruptor is a person place or thing; it’s a noun. It’s something that pivots from the status quo,” Grimes said. She said challenging norms is particularly relevant at this moment in America.

TEDxGeorgetown is a series of short talks given by students, alumni, faculty and public figures in an event planned and organized by students. TEDx events are independently organized in local communities, intended to model nonprofit organization TED’s platform for discussing innovative ideas. The office of President DeGioia supports TEDxGeorgetown with funding and organizational assistance.

“I think TEDx is particularly important here because it gives students a platform to tell their stories and share these ideas that they have or that relate to their lives that I think a lot of other Georgetown students don’t get to see,” Grimes said.

Marketing Director Rachel Skaar (COL ‘18) said that in keeping with the year’s theme, marketing for the conference will employ new strategies. The theme launch and a TEDx Instagram story are just the first of creative advertising approaches that will lead up to the event.

“We’re really trying to get creative with our thinking, to come up with new ideas, to interject a bit of TEDx into daily Georgetown life,” said Skaar, “That’s why we’re here in Red Square.”

Past years themes include 2016’s “The Tipping Point,” about moments of change in speakers’ lives, and “Risk Takers” in 2015. This year’s event will continue the breakout sessions introduced last year following each talk, giving attendees opportunities to chat more intimately with speakers.

According to Grimes, typically between 800 and 1000 people attend the day-long conferences each year.

Kevin Durham (MSB ‘19), TEDxGeorgetown’s creative director, said he loved this year’s theme. “I’m excited to see what the student and outside speakers bring to the table,” Durham said.

The conference will be held in Gaston Hall and free for students, faculty and staff to attend.