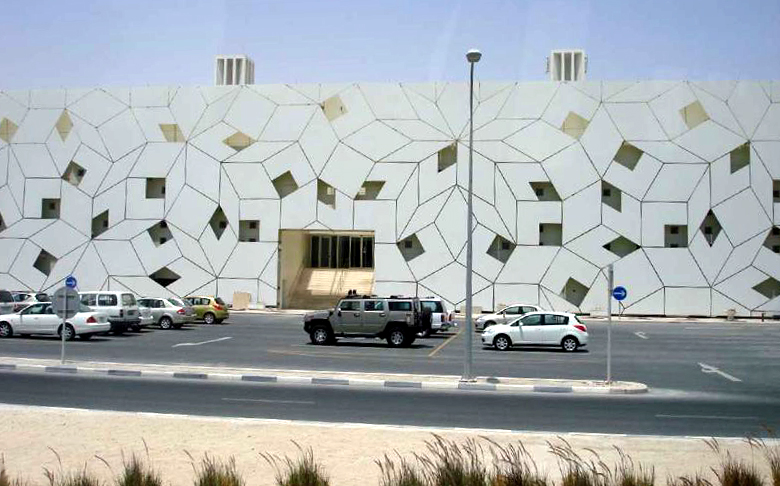 Students at Georgetown’s campus in Doha, Qatar (GU-Q) resumed classes on schedule in late August, in a host country newly isolated from its international neighbors. As the Qatar diplomatic crisis enters its fourth month, there are few signs of an imminent resolution. However, life goes on at GU-Q, where faculty, administrators, and students alike are learning to adapt to a more unpredictable international environment.

Since early June, several countries, including Saudi Arabia, Bahrain, Egypt, and the United Arab Emirates (UAE), have cut  their diplomatic relationships with Qatar. The roots of this dispute are complex, but the embargoing countries frequently cite their disapproval of Qatar’s alleged links to terrorism financing and its relatively close relationship with Iran.

A student from GU-Q currently studying on Georgetown’s main campus who prefers to remain unidentified described the crisis as shocking, since Qatar has a long history of cooperating with Saudi Arabia, Bahrain, and the UAE within the Gulf Cooperation Council (GCC), a group of six Arab countries which coordinate foreign and economic policy. The student said that the rapid breakdown of these strong international relationships was a shock for many Qataris, especially since Saudi Arabia, Bahrain, and the UAE cancelled food and medicine exports to Qatar during Islam’s holy month of Ramadan. However, the student also emphasized that Qatar quickly re-sourced these vital goods from new suppliers in Turkey, and that the impact of the embargo was primarily emotional, rather than economic.

However, other students think that Qatar’s relationship with the rest of the GCC has been deteriorating for some time, especially because of the Qatar-backed broadcaster Al Jazeera. “I know Al Jazeera was very important to people during the Arab spring—it was the one channel that showed, actually, what was going on,” said Hadeil Ali, a graduate student at Georgetown’s Center for Contemporary Arab Studies who has worked in Qatar.

“There were 13 demands that Saudi Arabia and Egypt gave to Qatar [during the 2017 crisis] and one of them was shutting Al Jazeera, which I think was related to freedom of speech and freedom of expression that these countries [Saudi Arabia and others] do not believe in.”

On the ground in Doha, GU-Q’s status as part of Doha’s Education City complex, a hub for foreign universities, is an asset when it comes to addressing security concerns. “There is frequent coordination and cooperation with all of the campuses of American universities in Education City,” Moamer Qazafi, GU-Q’s chief communications officer, wrote in an email to the Voice. “The departments from each university—such as Academic Affairs, Student Affairs, Communications, Facilities and Risk Management—also have jointly scheduled meetings that they participate in to ensure wide coordination on issues of joint concern.”

However, Dr. Gerd Nonneman, a professor of International Relations & Gulf Studies at GU-Q, does not think that the crisis is scaring students away from studying in Qatar. “Among the first-year students alone we have 23 nationalities—including our first students ever from Cambodia, Vietnam and Ethiopia,” Nonneman wrote in an email to the Voice.

“We might even have benefited from the deterrent effect that Trump’s position on immigration seems to be having on students who might otherwise have gone to the US to study,” Nonneman wrote.

Nonneman also argued that having the crisis hit so close to home is a unique opportunity for students and faculty alike. “I have incorporated it [the crisis] into my own course on the Political Economy of the Gulf, we’ve had a ‘Behind the Headlines’ community event on the subject, students have recorded me for a video project on the subject, we will put on a public event at our Centre for Regional and International Studies,” he wrote. “In some ways, this is a fascinating time to be in the Gulf.”

GU-Q does employ faculty members originally from some of the countries currently at odds with Qatar, although the crisis has not prevented these professors from teaching in Doha. “We have not lost professors from the affected countries, and we are encouraged to see our Egyptian faculty were able to go on vacation for the summer and return to work in August,” Qazafi wrote.

Similarly, students from the embargoing countries have not been prevented from studying at Georgetown, although some have left the Doha campus. “There were two Bahraini and two Saudi Arabian students that could have been affected; one of our Bahraini students was planning on studying abroad in the United Kingdom and her plans have not changed. One Saudi student is now studying abroad in the United States. The remaining two students are continuing their education in Qatar,” Qazafi wrote.

The unidentified student from GU-Q agreed that no one they know has been forced to abandon their Georgetown education because of the crisis. However, the student also said that some of their peers from embargoing countries felt uncomfortable about going to school in Qatar after the crisis, and that while they were able to move to another campus, it was a long and difficult process.

DC to Qatar: A Georgetown presence in Doha